What metal artifacts from the 1970s-1990s belong in the Smithsonian?

The Mothership — the iconic stage prop made famous by legendary funk collective Parliament-Funkadelic — has been acquired by the Smithsonian’s National Museum of African American History and Culture where it will help anchor a permanent music exhibition when the museum opens its doors in 2015.

It isn’t the original Mothership. This 1,200-pound aluminum spacecraft was built in the mid-’90s — an indistinguishable replica, Clinton says, of the smoke-spewing stage prop he first introduced to slack-jawed funk fans in 1976.

When the band lowered the Mothership from the rafters of the Capital Centre in Landover in 1977, the response was rapturous. Not only was it instantly stunning — it felt like a cosmic metaphor for the sense of possibility that followed the civil rights movement.

That symbolism isn’t lost on the Smithsonian. 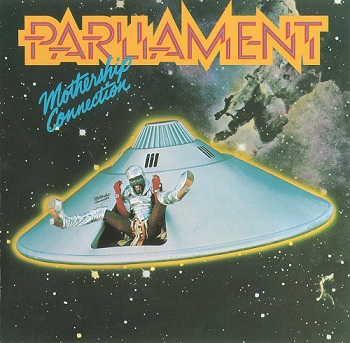 “With large iconic objects like this, we can tap into . . . themes of movement and liberation that are a constant in African-American culture,” says Dwandalyn R. Reece, curator of music and performing arts for the museum. “The Mothership as this mode of transport really fits into this musical trope in African American culture about travel and transit.”

Surely metal counts as some kind of “protest movement” or social phenomenon worth studying. Or is it too tightey whitey?

0 thoughts on “Metal at the Smithsonian”