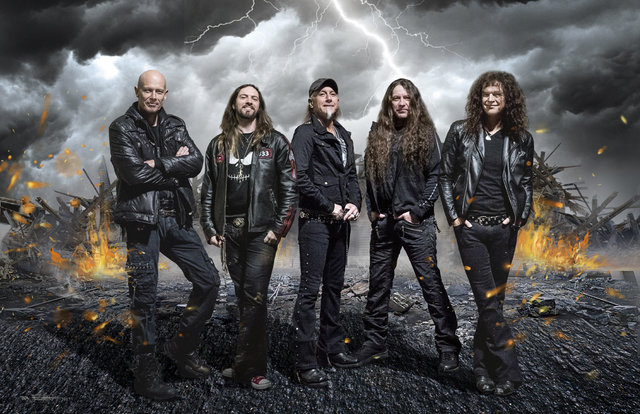 “Koolaid” is a lame 1980s glam rock singalong with a generic riff to chant the idiotic chorus about Jim Jones and the Jonestown Massacre over. Accept’s career should drink cyanide laced Kool-Aid. I guess the band couldn’t call the track “Kool-Aid” for legal reasons. Who cares though as it sucks. I am surprised though that no prior rock bands made an idiotic song with a “Don’t drink the Kool-Aid” chorus.

Wolf states: “‘Koolaid’ is a well known flavored drink and has been mixed with Cyanide by a cult leader who made his congregation drink it: men, women & children. Everybody to get to heaven. Since then, the phrase ”drinking the Kool-Aid” is referring to a person or group holding an unquestioned belief, argument, or philosophy without critical examination. That common fact, that people believe everything, when sold right, has intrigued me all my life. For me, being critical and alert all the time, is the key to every decision one makes. That is the main message!”