He nails the current music scene quite accurately:

The “video” is a single image; the audio is what you’re there for. 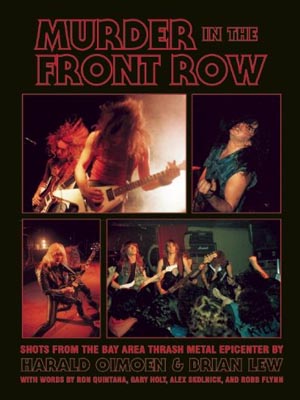 Brian Lew was an early metal nerd (liked to read, watch Star Trek, and may have been a computer nerd) who went to Bay Area speed metal shows and took a number of classic photographs. You may know Harald Oimoen as the longtime bassist of DRI. Together, they’ve thrown together their best pictures of this early scene, in the hopes perhaps of catching the growing wave of nostalgia for when metal was actually good (pre-1995). 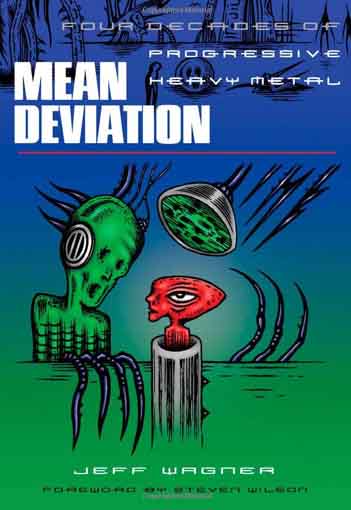 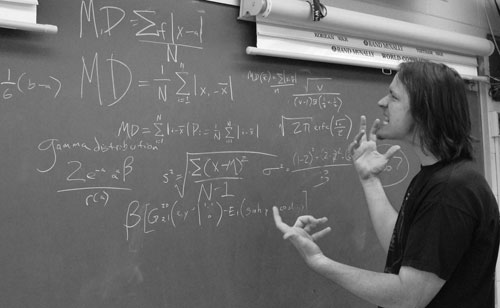 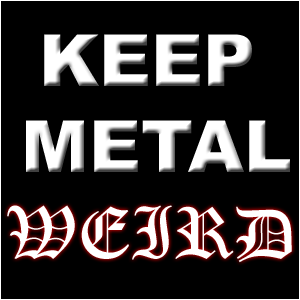 Internet radio program playing dark music by a professional club DJ and guests. No commercials. No talking. Only mixed music! 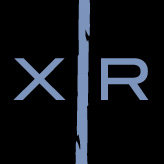 Speed metal band from the UK featuring a lot of 1980s bravado and the talents of ex-Benediction/Bolt Thrower vocalist Dave Ingram. Will keep your blood pounding in your ears as you strangle people who richly deserve it as you have wanted to do for years.

Some signs of interest:

Swedish death metal veterans Uncanny will enter the studio today to record two new songs scheduled to be released on an upcoming 7″ through Dark Descent Records. These two tracks are the first new material from Uncanny since 1994’s Splenium for Nyktophobia album. The album for this new material will have the same lineup that appeared for a one-off appearance for the release of the Swedish Death Metal book. – Metal Funderground

All but a handful of bands — Asphyx, Beherit, Demoncy — have booted their reformation and new material by trying to pander to trends popular in the lowest common denominator of humanity that represents the biggest number of people, but not of loyal or intelligent fans. Instead of aiming for the ballcap crowd, let’s hope these death metal revivals focus on the not-small group who just like quality music that does not confuse its own intent with that of being popular.

Most of Massacre, that is:

Terry Butler (DEATH, MASSACRE, SIX FEET UNDER, DENIAL FIEND, OBITUARY) and Rick Rozz (MANTAS, DEATH, MASSACRE, M INC.) will celebrate the 20th anniversary of MASSACRE’s classic “From Beyond” album by embarking on a European tour in January/February 2012. Dubbed “Army Of Darkness”, the trek will feature additional performances from GRAVE and MASTER. – Roadrunner

We can’t talk about the missing vocalist, but it’s clear how much the classic rhythm and guitar section contributed not only to Massacre but also to Death. A death metal revival is more than reforming the old bands and going through those nostalgia pathways, but this is not a bad start. 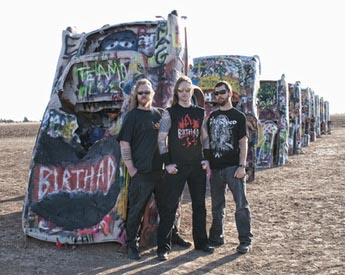 Birth A.D. will enter the studio in January to record the full-length follow up to their Stillbirth Of A Nation EP. The album will be recorded with renowned producer and thrash metal guru Alex Perialas (ANTHRAX, S.O.D., NUCLEAR ASSAULT).

Birth A.D. is currently seeking label support so they can cause problems worldwide. – BTBK 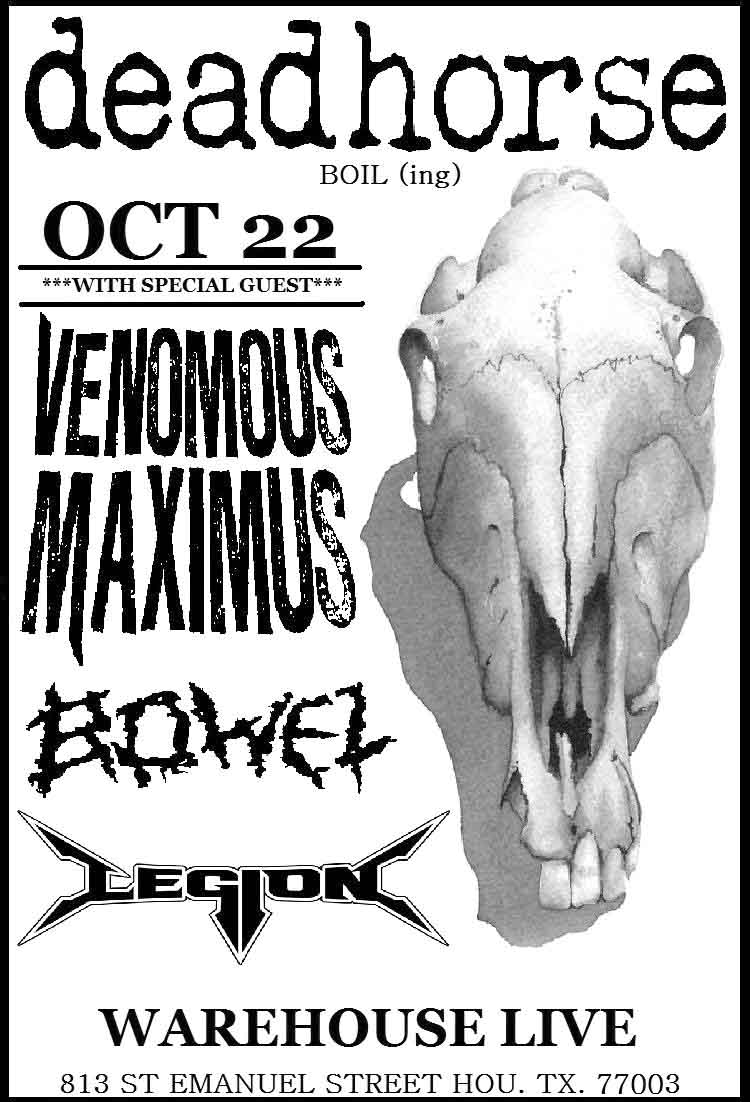 This is a deadhorse fan mail experience…STOP!
This is an update and promo for deadhorse…STOP!

Other wise, Up Scum Bag!