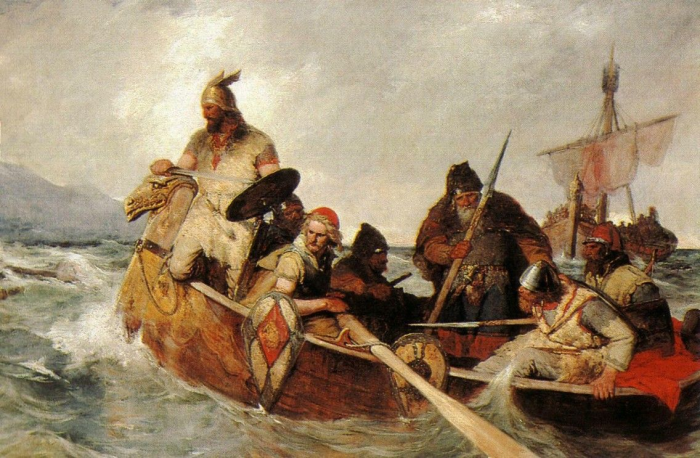 Structure is the first. This album has passed through so many adventures, yet it required a quiet song to mellow out and flow into the final epic, as well as a strange song to stimulate the imagination.

Family and friends are the second. The bond of blood that connects us all. This is needless to be expounded upon. Remember though, this lyric appeared on Through Thunder By Blood:

O, can you not see it is all
carved in the tree of fate
That a son of the north must forfill
his destined course to
follow the bond of blood

Replacing the devil by family highlights a very interesting psychological phenomenon. Self-proclaimed ‘satanists’ have daddy issues, which are resolved when embracing paganism.

Here we witness once again the love of the root note that characterizes Viking era Bathory and grants immensity to their songs. Indeed, the basis of the song is D5, which on a drop D tuning is the sixth string. On the chorus, D5 stays on the bass throughout, conferring the image of the infinite ocean and the psychedelia associated with Neptune, as the high notes collide with the bass one, like dragon ships sailing up and down the waves of the North Sea. Then the beautiful spaceous sounds of the ocean on Shores in Flames come full circle. If this was ever a trilogy with the aforementioned song at its start, the journey ends here.

Vocally, Quorthon explores the melodic ideas of Song to Hall Up High from Hammerheart. He calls for the All-father and indulges in the beauty of chanting the vowels of the word ‘sky’. Then the choir kicks in the chorus:

The slow tempo, the fatigue of the warriors, the joy and relief. And then the heavy part under the solo, a small paradox; usually small riffs with few chords or notes are considered heavy. Here the riff has more chorus than the chorus. It does not solely rely on rhythm and slowness, but also on genius and intellectual stimulation as the ear appreciates the contrast of new notes and the soul is entranced by the solos.

The solo of bending thirds in the rock and roll tradition that influenced Quorthon, sounds like the horns of arrival, yearning for home.

Going up the 11ths and 7ths the consonance of dissonance, the almost jazzy feel, pushing forwards, soloing over the chorus and giving a new meaning, layers upon layers of sea, layers upon layers of acoustic guitars. G sharp and A sharp flow smoothly on the scale and emulate an intense yearning. The acoustic fade out is like the emergence from a dream. Until everything goes away, the warrior arrives home, weary, but happy.

The acoustic melody goes upwards, onwards, from F to G to G sharp and A sharp, which make a subtle contrast due to their accidentals, simulating movement and impatience. Still he is marching on, running to greet his loved ones. 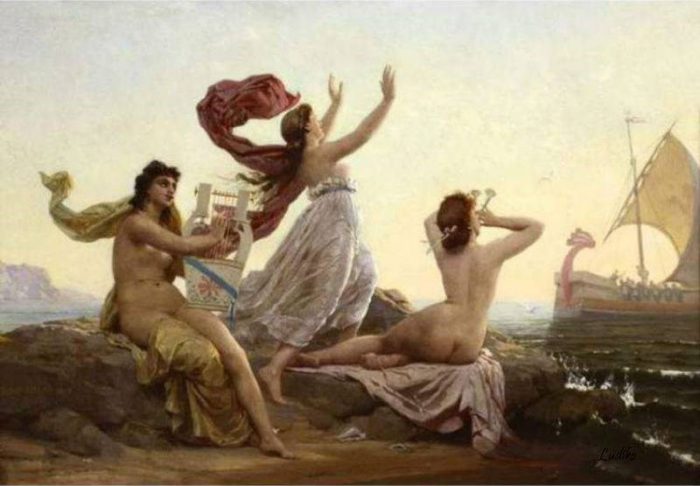 Metal is one of the few forms of music that is a vessel of myth and myth always comes to teach us to communicate, or even help us project the everyday unto it, making our life more poetic and meaningful in return. Myth is filled with symbols for those who can decipher them. The narratology of the album makes this clear:

Ithaca must not be forgotten.

In the Odyssey, Ulysses upon his return, slays the suitors of Penelope. He kills Antinoos (Αντί-νους, ‘Against-Mind’) with an arrow in his throat, the organ of speech, while he drinks, unsuspecting of his impending doom and his blood is spilled through his nostrils, his table fell and all the bread was painted red with his blood. Then Eurymachos (Ευρύ-μάχη, ‘He who fights by all means) tries to inspire the rest of the terrified suitors to fight against the rightful king and unsheathes his sword but he is killed with another arrow which pierces his chest and comes through his liver. Amphinomus (Αμφί-νόμος, ‘Ambiguous Law’), apparently the most “benevolent” of the blasphemous lot, tries to fight his way out but he is killed by Telemachus, Ulysses’ son and symbol of the new generation, with a spear in the back. Then Agelaos (Άγω-λαός, ‘Leader of the People, Leader of the Crowd’) wants to go out and call the people to help him but he is slaughtered.

The king has returned. Celebration is imminent. Yet, how is that king deserving of the title, while, as the myth-master of the 20th century put it, not one in a million men is fit for it?

In his travels he heard the song of the Sirens. He understood what drove people to madness. But in the land of the Lotus eaters, he didn’t taste the fruit that fills you with forgetfulness. He went to the underworld and back again.

He learned. So, as the poet said, until you reach your own Ithaca, you should wish for the path to be long and difficult.

Viking means ‘explorer’. May this music be your companion in your explorations, until the day of return.