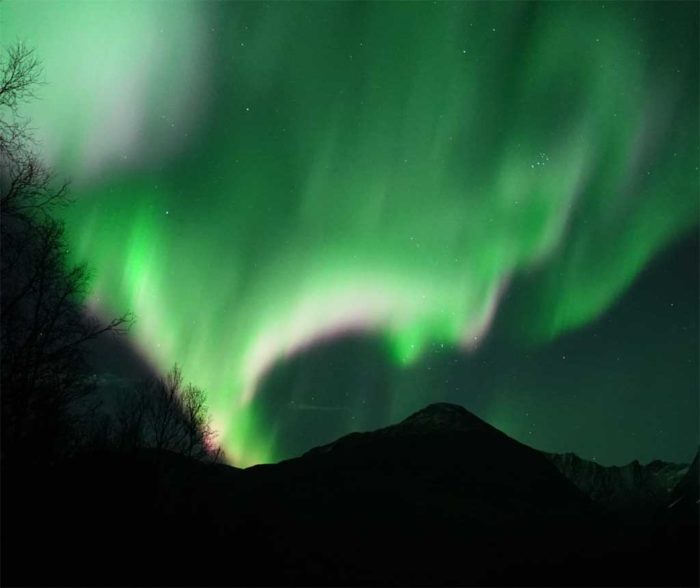 Since progressive rock first arose out of British and North American psychedelia, it has crossed every boundary that it could identify, which makes it like metal more a question of a spirit than a concrete set of musical or extra-musical traits. We can identify a few aspects of this spirit: a desire to make unique song forms which fit the shifting demands of their content, a passion for exploring melody and harmony, an obsession with the unconventional, and a chameleon-like ability to explore other styles and adopt them as its own.

When most listeners hear the term “progressive rock,” they naturally think of the UK acts of the late 1960s/early 1970s who started the show and wrote many of the genre-defining classics. Those who venture beyond the well-trodden paths of English pastoral technicality in order to explore other confines within the genre face a pitfall, in that most progressive rock journalism seeks out obscurity as an end in itself.

Once we get past that irritating tendency, which is also present in all forms of heavy metal and rock journalism, some rare treasures come to life which are interesting in their own right, although because we have crossed national boundaries, their approach is quite different from that of the tea-drinkers, and the results of their work can be seen in an enduring influence on heavy metal from those regions. 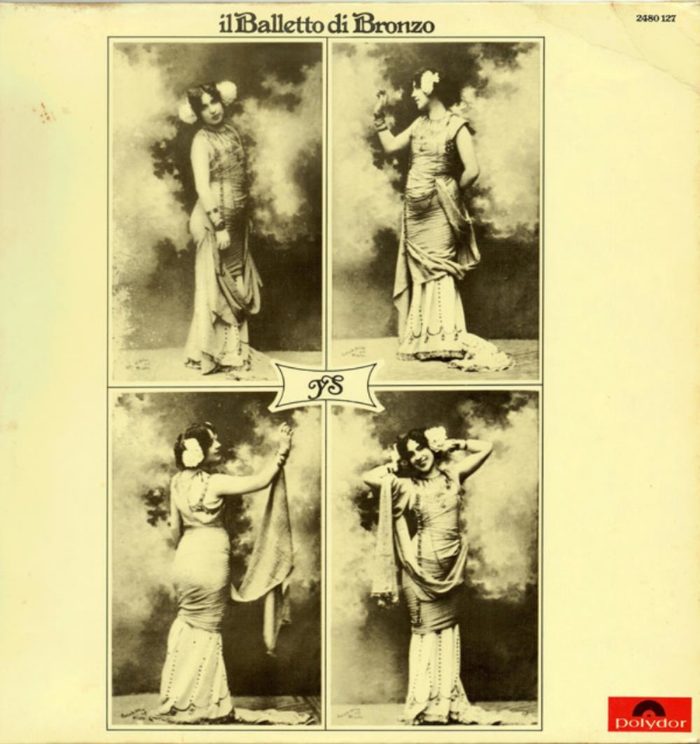 No one probably saw this one coming back in the day. Il Balletto di Bronzo’s debut album Sirio 2222 (1970) while not bad per se, had consisted of derivative, Hendrix-styled heavy rock steeped a little too deep into 1960s psychedelia for its own good. By the time of their second full length Ys the band had metamorphosed into a considerably more intriguing musical entity, playing full-fledged progressive rock in a style that was very much of their own making. If forced to make comparisons, the music can be described as a conglomerate of King Crimson and Goblin’s to Suspiria filtered through the more charming idiosyncrasies of rock progressivo Italiano: technically and compositionally accomplished with a penchant for the dark and discordant, but not without a romantic heart beating at its core.

The album appears to be chiefly composed around the keyboards whose melodies are counterpointed by blistering guitars and quasi-operatic, slightly grating vocals in the style typical of Italian bands of the era, all held together by a forceful and well-integrated rhythm section. Songs tend to open with a fanfare-like introduction, then take detours into vertiginous instrumental sections before somehow morphing towards the main themes which echo the conceptual nature of the album. “Primo Incontro” reads like a sepia-drenched nightmare, with its spindly, lullaby-like harpsichord melodies creeping over dust-encrusted carpets of fluttering guitar work. This track also displays one of the band’s main strengths, namely to induce near-like hypnotic states through interlocking ostinato sections in which the rhythmic interplay between bass and drumkit becomes the focus of attention as they move against the alternating melodies of the guitar and keyboard.

Sadly enough, Ys — one of the most distinguished works within Italian progressive rock — was followed up by a 7 inch release entitled “La Tua Casa/Donna Vittoria.” A two-track single of utter pop blandness, it must’ve been a gigantic disappointment at the time and the band folded after its release. Judging from the high level of genericism of the rest of their catalogue, one can only wonder about the circumstances that led to the recording of their magnus opus. 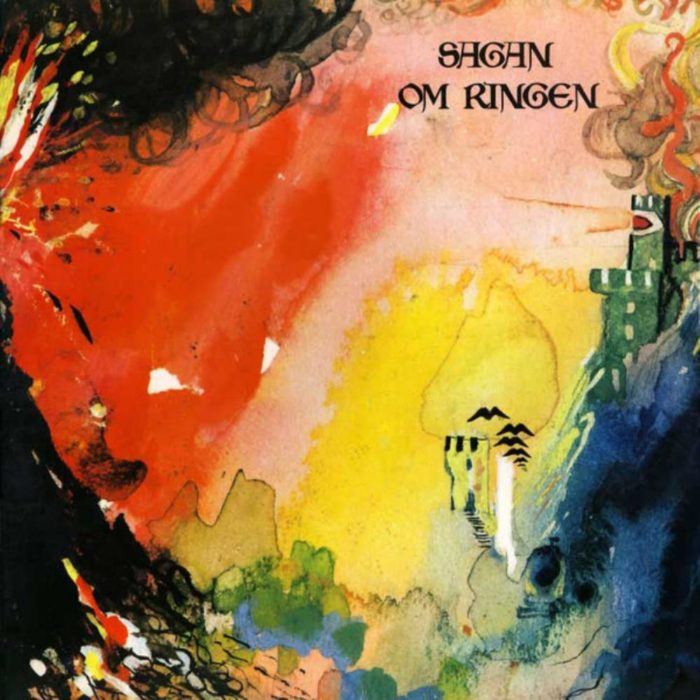 Sweden spawned quite a few truly original acts during progressive rock’s infancy in the very late 60s/early 70s before the domestic progressive movement succumbed to propagandist forces and become more about preaching left-wing politics than crafting adventurous music. Amongst the earliest Swedish pioneers in the field can be counted Bo Hansson, a self-taught multi-instrumentalist known for his participation in the jazz/rock duo Hansson and Karlsson, but above all loved for his dreamlike and naturalistic solo offerings. Hansson’s debut album Sagan om Ringen bears evidence of the artist’s gift for coming up with simple yet evocatively captivating melodies that in themselves carry the essence of a song and like later ambient invites the listener to fill out the blank gaps through imagination.

A musical interpretation of excerpts from Tolkien’s Ring trilogy, Sagan om Ringen consists of short instrumental pieces that attempt to capture general moods and atmospheres associated with particular events in the story line. Hansson’s main instruments of choice are the Hammond organ and electric guitar, which are accompanied by bass and Moog synthesizer played by the composer himself, as well as flute, saxophone and drums by session musicians. “Hemfärden/Fylke Rensas” (“Homeward Bound/The Scouring of the Shire”) is an adequate representative of Hansson’s laconic compositional style, portraying the homeward journey and scouring of the Shire through pairing and subsequent variation of two melodic ideas traversing over a rudimentary chord progression accompanied by hypnotic, distant sounding battle drums. A closely related third melody brings a sense of triumphal closure to a song that in less than three minutes and with relatively simple means manage to invoke a sense of epic wanderlust through desolate landscapes.

Sagan om Ringen is an excellent example of a musician who did everything “wrong” but still got it right (sort of like Tolkien as an author). Hansson’s lack of formal musical education apparently caused some frictions when working with trained musicians, as he had developed his own quirky style and methods of treating the organ. This — in combination with Hansson’s imaginative gift — might well be one of the reasons why his music still sounds fresh almost 50 years after its conception. 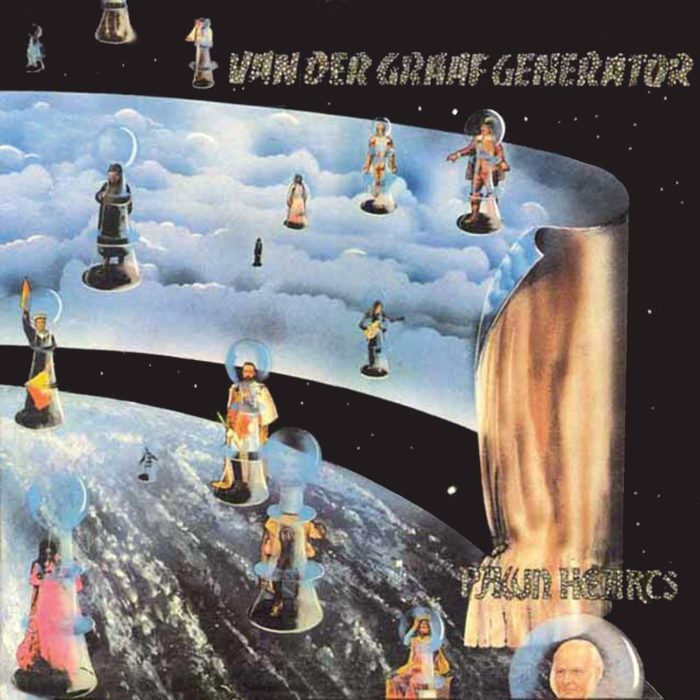 The rather dry name notwithstanding, Van der Graaf Generator created passionately dramatic and dark-tinted progressive rock. Thriving on a richness of contrasts, their most inspired works combined the compositional literacy of 1970s progressive music with a fierce and windswept pathos more common to punk and later metal music. Like early Genesis, Van der Graaf Generator de-emphasize excessive display of virtuosity in favor of inventive thematic development expressed through the interplay of voices in a close-knit ensemble. The music is at once direct and contemplative, with a plethora of details and interconnections unraveling in layered depths.

Their jazz/classical-influenced compositions exhibit a strong correlation between text and sound, as if the band were staging a storyline in musical form. This compositional approach is particularly evident on Van der Graaf’s fourth and most daring LP Pawn Hearts. The album contains three lengthy pieces, each featuring a unique structure, tonal clustering and set of moods that corresponds to the demands of the lyrical narrative. Take for example the dystopian tale opener “Lemmings (Including Cog).” Riff-based composition traverses through sequences of themes and counter-themes that mirror the conflicts and contrasting viewpoints staged by the vocalist as an exposition of the text. Momentum keeps building until it implodes in a dissonant climax, followed by a return of the main theme, now a modified form that stands like a synthesis of what has previously been explored in the song.

Van der Graaf’s mercurial blending of complexity, dramatic gestures and direct, proto punk-like sincerity earned them a special place as the black sheep of the original English progressive circuit. Interestingly, they were one of few progressive acts that was not flagellated by the onslaught of punk in the mid-to-late 1970s. As might’ve been expected however,  the band’s eccentric song-writing and performances didn’t always produce satisfying results. What’s more surprising is that their lesser material isn’t painfully bad, it’s just plain mediocre. This holds especially true for the recordings leading up to Pawn Hearts, which all contains brilliant material scattered between long stretches of boredom. But when the band finally got the alchemy straightened out on Pawn Hearts, the outcome was definitely worth the long and arduous journey.

Every genre dies, but like civilizations, the rotting hulk can contain rare voices who carry on but are ignored by the substitutes for the greatness of the past that take over with mediocre music disguised in flashy, novelty-oriented aesthetics. For most listeners, progressive rock died out at the close of the 1970s as the post-punk, new wave and synthpop movements took over. But in some ways, like metal, it lives on through scattered and obscure bands for whom it is a labor of love, or conscience, or perhaps even expression in the only voice they trust.

As time goes on, and we look backward through the assembled works of the progressive rock genre, the variation between parts of the progressive scene becomes more important because we, as sonic archaeologists, are looking through the ruins trying to find a common thread. It may turn out that there is nothing there but spirit, and that this, like many things, takes on specific national characteristics which may barely translate if at all across time and place.

15 thoughts on “Acquiring the Taste : A Tour Through Progressive Rock, Part I”