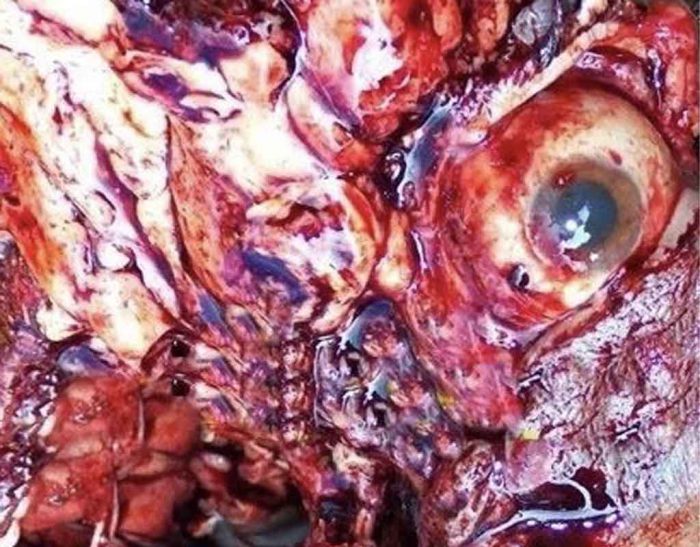 Every time possesses its own culture, since culture exists in transparent layers based on who you are and where you are. Your civilization, often an empire, is the lowest layer, but then you add nation, social class, religion, general life philosophy, and any elective layers like enjoying death metal.

Now crush those layers of glass and make a kaleidoscope. You will see patterns formed of the different layers of your culture interacting, and these change over time, mostly based on what has gone before. Each combination is unique, but also belongs to a general type which is as old as time.

In our dying civilization — if you find this controversial, death metal is the wrong genre for you — our kaleidoscope consists of desperate excuses, feverish rationalizations, blind obedience, raging individualism, and the solipsistic isolation at the core of humanity.

Since we no longer have a culture, but a mixture of many cultures that has abolished standards of behavior, being inoffensive matters more than anything else. Equality cultures are dedicated to the mean, so whoever approximates the dead center of the spectrum wins, not the best or finest option.

Consequently we live in an age of eventless sonic wallpaper (archive) onto which we can project the drama of our lives:

Although I recognize the utility of listening to non-distracting study music, I nonetheless find it disheartening to see art being reconfigured, over and over again, as a tool for productivity — and then, when the work is finally done, as a tool for coming down from the work. It’s especially disconcerting to see the practice of active listening (which can be a creative act as well as a wildly pleasurable one) denigrated, dismissed, or ignored.

I am grateful for the beauty of ambient music, which intentionally prioritizes mood and feeling over melody and rhythm. But the best ambient music is carefully and artfully composed; it aspires to spark personal catharsis or deep release in a listener.

It makes sense that, in 2019, as we grow collectively more uncomfortable with our own quiet, inefficient sentience, we have also come to neglect the more contemplative pursuits, including mindful listening, listening for pleasure, listening to be challenged, and even listening to have a very good time while doing nothing else at all.

This fits within the stages of music that we might observe in our history:

Contemporary ambient combines 1970s ambient with 1920s product music, producing a hybrid texture of genres with anything dangerous removed, rendering instead the perfect sonic backdrop to work, play, or anything else, since solipsistic postmodern cosmpolitans lack the focus to pay attention to music.

Journey music like death metal fought back against this, using its ability to recontextualize riffs and use the interplay of phrases to bring meaning to show us a path out of the mental fug of narcissistic drama. Most drama works in a cyclic pattern; stories move from ignorance to knowledge through experience and self-discipline. Journeys have beginnings, ends, and some quantum of knowledge taken away; contemporary ambient provides only a decoration, very much like the early product music.

We should ask why people find it difficult to pay attention to structuralist music like classical or death metal. Our answer will probably emerge as a recognition that the more social order we produce, the less people have any direction but conformity, and so they want nothing to interrupt their constant surface drama with meaning or other demands for change and adaptation.

So much of our review queue here consists of basically a metal version of the same. It has a few related riffs a song, and basically focuses on starting a mood and introducing a semi-contract with the chorus, then repeating the whole thing like a comfort blanket for people lost in their own reactions.

8 thoughts on “Appreciating Music With Purpose”