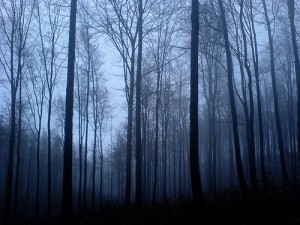 In his quest for accuracy and rigour eventually leading to his contributions to Calculus, Sir Isaac Newton borrowed terminology from an area of classical mechanics called Kinematics[1]. The terms fluent and fluxion incorporated eventually came to be known as variable and derivative. Each set of terms has its advantages in describing the object in question, highlighting one or another aspect. Fluxion in particular is quite useful in poetically illustrating an ‘instantaneous rate of change,’ and may serve us outside the realm of pure mathematical abstraction to bring attention to such immediate movement at each point in time. So, while the change from a measure to the next, from an idea to the next are changes in fluents, there can be said to exist fluxions in music which describe movements across a separate dimension —that of the inner experience. But such a transposition into the realm of musical description is only metaphorical, if useful to expand perception, and should be taken as a flexible mental aid.

Metal can be reduced to musical phrases, around which percussive patterns of different timbres and complimentary effects are added. In its most natural state, divested of rock and blues voicings, metal music is monophonic [2]. Many bands from the original underground throughout the eighties, constructed monophonic textures consisting of a guitar and bass playing the same notes, differing in any case by an octave, and only carefully and sparingly resorting to a separation of a fifth between the instruments. The other most common technique along this narrow bridge to the expression of power is the organum [3], albeit used in its most simplified form only, allowing for a sense of space and relative movement while limiting any weakening effects over the main phrasal line.

Metal inherited the guitar-riff from rock n’ roll [4] as part of the heritage of blues music. The phrases were already present in blues, but as short rhythmic bits that cycled obstinato-style under the characteristic explosiveness of African vocalizations. The riff passed on to rock music, which dillutes the powerful and raw effects of the blues riff. It brings these effects under the umbrella of ready-made chord-cycle recipes over which a melody line is highlighted, and which melody line is the true center of rock music. The hard blues rock of Jimmy Hendrix brought back the crudeness, & informed hard rock, as well as the earliest proto-meta, on the folk use of the guitar-riff. Black Sabbath finally took the riff and turned it into a technique in the service of a longer, more expressive phrase with echoes horror music soundtracks [5].

From the early phrasal music of Black Sabbath and its revival in eighties underground music[6] we can see how the guitar-riff, in its phrase-oriented usage, can be made to create textures that create both ambience and decisive movement beyond melodic-harmonic distinctions by focusing on its modal aspect. It can be said that when metal attempts to break into the melodic-harmonic paradigm of mature European classical music, the power of the guitar-riff is taken away, quickly dragging down metal into a mediocre form excelling at nothing. The strength of metal music lies in preserving the integrity and power of the phrasal-riff through strict commitment to balance among an overall monophonic texture, a sensible use of organum, sensible use of doubling (‘harmonizing’) and an extremely measured use of polyphonic techniques. Introduced through the medium of the phrasal guitar-riff, the movements, motif-relations and motif-variations wield an immense power.

Less obvious is the discovery that the essence, and hence potential, of metal lies beyond the guitar-riff or the phrase in itself. That is, the inner experience which metal phrases induce in themselves and in sequence is connected to a sense of both movement and permanence, relative change through immanence —change not only through time but in-time— the universe in a drop of water, eternity in an instant. This is the black fluxion that is active within and throughout albums such as Hvis Lyset Tar Oss and Transilvanian Hunger, eluding as they do all concrete analysis against them but also in their favor —the bulk of which remain poetical allusions. The creation of fluxions appear to involve the testing and careful development of phrasal guitar-riffs. Effectual bringing about of the appropriate fluxion needs the clearest self-honesty of the artist regarding the rise of their inner experience and its circuit-like reflection with the musical passage created. The re-discovery of said fluxions lies beyond the first threshold of experience of the corresponding phrasal guitar-riffs, and many listeners are able to sense them while remaining unable to verbalize their experience because of the lack of an abstract and theoretical framework the terms of which can be referenced [7].

Against first appearances, we are not entirely contradicting the nonreferentialist [8] position. The idea of the centrality of a fluxion in the metal dynamic pertains the fact that there is an element of living (as opposed to written, or reduced) music that involves the inner experience in-time. The inclusion of the inner experience within a rational discussion on music aesthetics may appear to revive an empty metaphysical tendency to cite objects and events beyond perception or description, but rest assured that this is not the case at the present. The fluxion in question is specifically the perception of a rent opening, a space created, a movement realized, by the phrasal guitar-riff as a unit. Furthermore, this helps us come to the realization that historically, and in essence, metal music moves towards pieces composed of ‘flows’ [9]. Reductions of the music in metal analyses to ‘riffs’ or simply ‘phrases’, while well-founded, are always unable to approach the aforementioned essence. The concept of fluxions and their role in the concept of a music consisting of flows may provide the abstract basis for a more encompassing understanding.

[4] Particularly illustrative is the style of (raw) delta blues as exemplified by Son House. The music of enjoyable but ultimately irrelevant music like that of Motorhead proceeds directly from said raw blues music, and has little to do with the development of metal music, except as mere middle-man.

[5] The recommended recording of this is the War Pigs: Live in Paris live performance comprised of some of the best pieces from Black Sabbath’s first two albums. The band’s third album, Master of Reality, brings their musical discovery to a halt, and later albums see them back-tracking into rock-n’-roll dillution.

[6] Apart from the household names of Bathory and Hellhammer, and the pioneering early work of Morbid Angel going back at least as far as 1986, the rehearsal-demo Bestial Death by Poison is an exquisite raw demonstration of natural, flexible and almost improvisatory expression of the phrasal riff in an expressive narrative.

[7] Against what many a deficient thinker has said in the past (including the overrated Noam Chomsky), humans are able to understand and think a lot that they cannot verbalize, and they also seem to verbalize a lot about what they do not understand. Furthermore, much can be lucidly experienced and remembered without having the words or eloquence to precisely describe such an experience.

[9] Not to be confused with what has been termed “flowing black metal”, where term ‘flow’ refers to the sole reliance of this subpar style of black metal on an uninterrupted flowing melody.