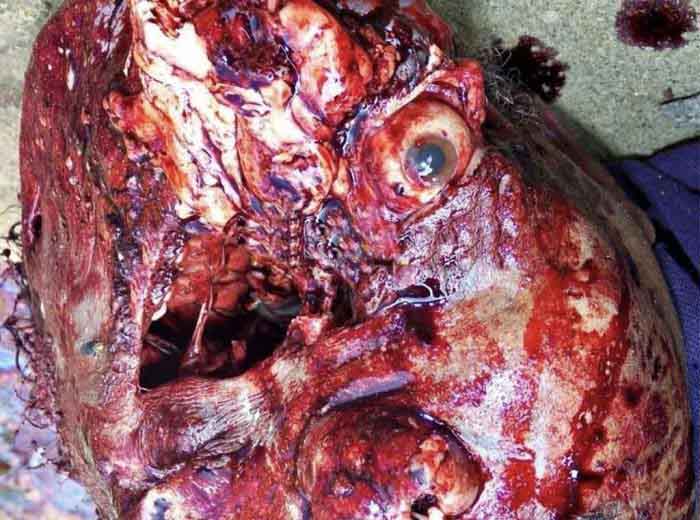 New research from Royal Society Publishing tells us that this theory is only accurate if you invert it: greater exposure to disturbing imagery lessens our reaction to it, meaning that we are less likely to see it as anything other than what it is, and feel no attraction to it.

As the paper states:

It is suggested that long-term exposure to violent media may decrease sensitivity to depictions of violence. However, it is unknown whether persistent exposure to music with violent themes affects implicit violent imagery processing.

Using abinocular rivalry paradigm, we investigated whether thepresence of violent music influences conscious awareness ofviolent imagery among fans and non-fans of such music. Thirty-two fans and 48 non-fans participated in the study. Violent and neutral pictures were simultaneously presented one to each eye, and participants indicated which picture they perceived (i.e. violent percept, neutral percept or blend of two) via key presses, while they heard Western popular music with lyrics that expressed happiness or Western extreme metal music with lyrics that expressed violence.

For fans of violent music, however, the bias was the same while listening to music that expressed either violence or happiness. We discussed these results in view of current debates on the impact of violent media.

Those who listen to happy music have pushed violence out of their awareness, and therefore have a strong reaction to it when they encounter it, where for fans of violent music, violence is part of life, and therefore they do not like it but react less to it.

That in turn implies that conditioning with violent imagery reduces a tendency toward violence and keeps us aware of it — that “raising awareness” thing we hear about so often in our tedious media — and makes it less likely that it will occur randomly, since we are not stimulated by the violence itself.

While the obvious hole in this reasoning is that people choose to listen to violent music, therefore may already be aware of their orientation toward it, the bigger point is that being sensitized toward violence makes one more aware of it, while ignoring it makes it an unknown.

A study of this nature adds fuel to the fire in the debate over heavy metal. Instead of being seen as an alien force that drives people to violence, metal opens the debate over violence and horror and when they apply, instead of simply going into denial like the rest of this hamster clown world.

2 thoughts on “Death Metal Forces Us To Understand Violence”