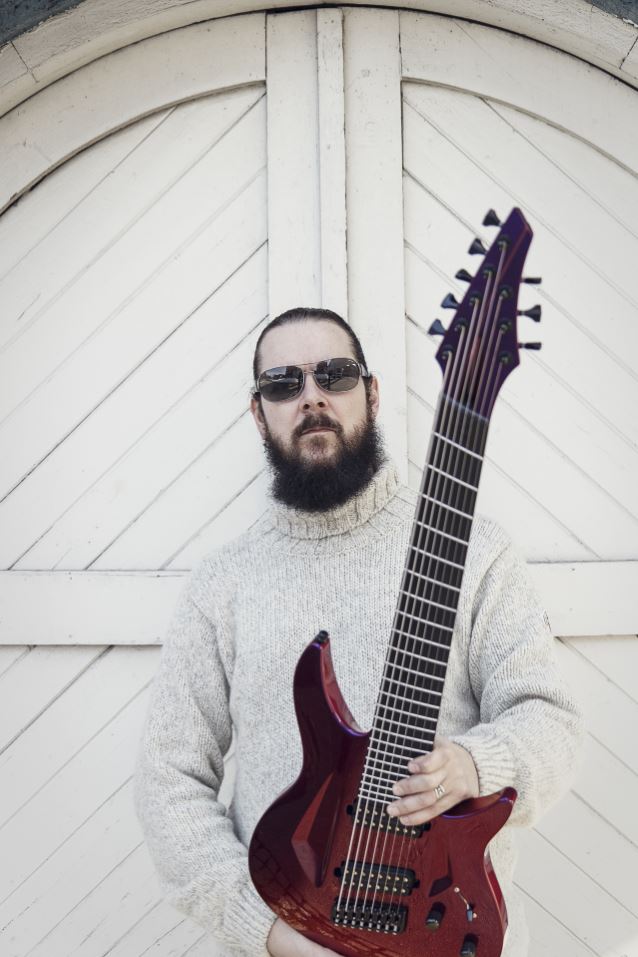 Funeral Mist – Salvation (2003)
Having mental problems related to instability and lack of self-control is no good reason to ask the world to award any credibiltiy to your music. But God made the world, O, so full of posers, that to the masses of satanic emo-divas, the image of the angsty teenage retard who keeps cutting himself and others is somehow a sign of ‘being real/trve’. Funeral Mist has so far left a legacy of smelly turds whose fumes are inhaled enthusiastically by the crowds of mental weaklings always desirous to be given permission to indulge in their filthy appetites by their heroic stage heroes. Salvation is not the exception to the typical clownish sound of Funeral Mist, with a special touch of constant grinding that never progresses beyond the moment and rather feels like a loop of angsty banality.

“I plunge three fingers into the murky aperture pleading for my attentions; our man is beside himself with joy, he falls upon his own excrements, daubs his face with them, wallows in them, feeds upon them, one of his hands holds the plate, the other jostles his prick rising up majestically between his thighs; I redouble my efforts, they are not in vain, I feel his anus contract around my fingers, this reports that his erector muscles are about to launch the seed, the prospect delights me, the plate is licked clean, and my partner discharges.”

Elend – The Umbersun (1998)
Boring, boring, boring, and pointless cheap modern-music soundtrack aping. Superficial spook music for Hans Zimmer and other commercial dumbasses clueless about music as art, instead trying very hard at making Dracula 1992’s soundtrack into a genre. Given the widespread stupidity and superficiality of the average satanic diva, it is not surprising that this is hailed as amazing. A music piece has a pulse and each part means something within the whole. Elend, however, aim at making every single section a horror-like climax, which would not be so bad if the music were nothing but modernist noise. Like most modern popular pseudo-art, this is not even good at its own self-centered masturbation. 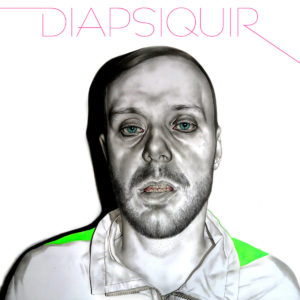 Diapsiquir – 180° (2016)
Here we have a guy who has listened too much Brit rock for his own good and liked it, while being French. The result is a ridiculous self-indulgent abomination that hipsters up James Bond soundtracks and ironically winks at you saying “I am evil”. Answering to that call all Frenchmen have of not giving a fuck about the world, and in the same breath soiling themselves, Diapsiquir attempts collages of all “cool” musical styles which can still sound like Parisian cafe/lounge bars when mashed together.

“He looks up, falls to swearing, asks how the devil can the girl have the insolence to do such a thing in his presence, but all the same it’s a queer turd she’s got there, he contemplates it, handles it…” 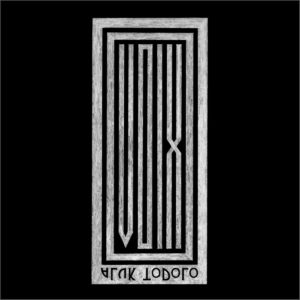 Aluk Todolo – Voix (2016)
In short, post-rock sludginess that goes on forever, unaware that art is not about feeling good or about having the attention of a few hipsters. If we are supposed to believe these are demonic channelings of some kind, you should do a better job at explaining why they listen to average, pretentious retard music over there, in the realm of chaos. This is the kind of weak effeminate prancing that is only sustained by the fact that modern plebs like to feel artistic and so will pat/rub each others… backs in order that their “scene” may feel good about itself.

“Curious to learn the meaning of this enigma, I accompany him, and as soon as we are alone together, he asks to kiss my ass for a brief minute. I raise it toward him and after two or three licks and sucks at the hole, he unbuttons his breeches and bids me do unto him what he has just done in my behalf.” 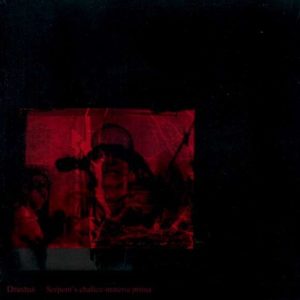 Drastus – Serpent’s Chalice – Materia Prima (2009)
Groove mallcore overlayed with electric guitar sustain displays is not music. When did this become a fad? Perhaps ever since equipment became affordable by the masses and someone told French people that they were evil sons and daughters of satan because they were degenerates without any sense of direction in life (thank you, French Revolution). Drastus may do alright as video game background, but it is a joke if try listening to it as actual music. Frenchmen may think that if they just about overdo some element of the art, they are perchance bringing into the world an innovative creation. And as is the case with most popular drama after the Enlightenment, most supposed revolutionary statement of liberty and rights amongst the masses are just distractions that the status quo allows and contains for their own appeasement and continuing delusion.

“The Duc declared he could not understand why in France the law smote so heavily against libertinage, since libertinage, by keeping the citizens busy, kept them clear of cabals and plots and revolutions; the Bishop observed that, no, the laws did not exactly aim at the suppression of libertinage, but at its excesses. Whereupon the latter were analyzed, and the Duc proved that there was nothing dangerous in excess, no excess which could justly arouse the government’s suspicion, and that, these facts being clear, the official attitude was not only cruel but absurd; what other word was there to describe bringing artillery to bear upon mosquitoes?” 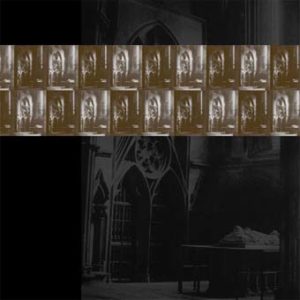 This is, by far, the funniest of all Abigor albums, even ever since they decided to leave music behind for pseudo-theological pretensions, and ever since gracing the world with an endless vomitory comic show. With Fractal Possession, Abigor told the world that there was nothing after that point which could actually debase them more. The assurance is provided by the collusion of nonsense computer electronic sounds, laughable weird grooves and Abigor Blastbeating filler utilized along with terrible vocals in the worst black metal riff salad to date.

“Each of them plucked what windy fruits there were to be had, neglecting no likely sources, then supper arrived, with their gourmandizing pleasures they blended nearly all the infamies they had just heard described, the Duc got Fanchon tipsy and had the befuddled old thing vomit into his mouth, Durcet had the whole harem fart, and in the course of the evening swallowed at least threescore mouthfuls of unwholesome air.” 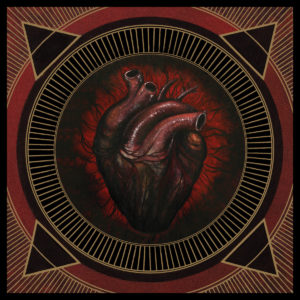 Rebirth of Nefast – Tabernaculum (2017)
More big noise cartoon ghost music to scare angsty teenagers and satan’s little whores. Rebirth of Nefast does not manage to be as offensive as other pretenders simply because their choice of influences is laughable in a more conventional way. Some smoke and mirrors in the style of Las Vegas magicians, some midpaced mallcore grooves, with some evil keys for emphasizing and filling up the overall mediocrity. One can only imagine what goes through the heads of those asking to be scammed with more of this counterfeit music.

“He arrives, he has me take off what I am wearing and lies down upon the bed, orders me to squat above his face and with my mouth proceed to try to wring a discharge from a very mediocre prick, for which however he has words of praise and whose fuck he entreats me to swallow as soon as I feel it flow.” 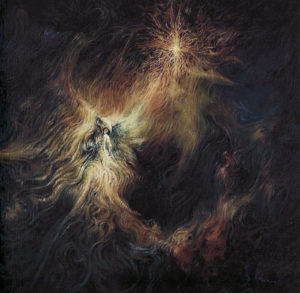 Nihil Nocturne – Entheogen (2008)
Bullet for my Valentine was whiny, but acceptableby virtue of its songwriting. This is just whiny, and supposedly evil because emotionally unstable and pathetic. Closer in sentiment to Nirvana, and somewhat resembling the outbursts of Linkin Park, Nihil Nocturne pretends to mash up pop punk with darkwave while clowning around with corpse paint asking for people to take him seriously while claiming not to care. Music par excellence for the diva poseur.

“Both of us having entered, he carefully shuts and secures the door, considers me for a moment, then in a rather brutal fashion – brutality characterized him throughout the scene – he inquired me whether it were indeed true that I had never been fucked in the ass. As my role called for total ignorance of the meaning of such an expression, I had him repeat it, declared I still understood nothing, and when by means of the most unambiguous gestures he conveyed what he wished to say, I replied, with a stimulated look fo fright and modesty, that I should be a very unhappy girl indeed if ever I had lent myself to such infamies.” 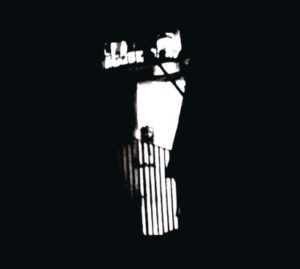 Kathaaria – The Complex Void of Negativity (2008)
Take post rock and smash it with groove heavy rock, then make said musicians pretend they know how to play black metal, and you get Kathaaria. At their hardest, Kathaaria will play typical black metal grind diversion in the middle of its post rock nonsense of carnival music: blast beating with random melodies and ‘angular riffs’. Dung in, dung out, a facetious experience through and through with no value whatsoever. Fans allow the shallow personas behind these ridiculous outfits to achieve masturbatory climax as they, in turn, provide a prodigious discharge of excrement for the fans to wallow in.

“During all this, I saw nothing but heard rather a lot: the instant of collision was also that of my man’s discharge, his fuck sprang down my throat the same moment the turd splashed upon his face, and when he emerged from beneath the chair and got to his feet, I saw by the state he was in that he had been handsomely served.” 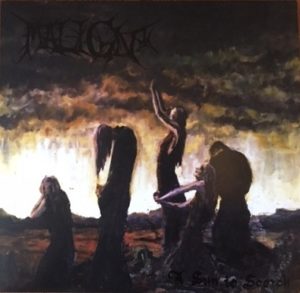 Malign – A Sun to Scorch (2015)
Malign approach black metal through a pop application that has become tradition among boutique metal bands in the Swedish millieu of man-boys playing at being evil necromancers with expensive grimoires and buttplugs stamped with the seal of their favorite Goetic demon. Overall this is heavy metal trying to tick black metal check boxes. Malign remains oddly unevenful, and is simply a flat nothingness suitable for radio airwaves and Wacken festival appearances. Booooooooriiiiiiiiiiiing. Shit to the shit-eaters.

“Well, go on,” he said phlegmatically, nodding to Duclos and settling down on his couch again, “there’s nothing to it, and I expect it will only be the lovely Aline, my charming companion for the afternoon, who’ll find something inconvenient about it. As for myself, a pound of shit in the vicinity suits me perfectly.”