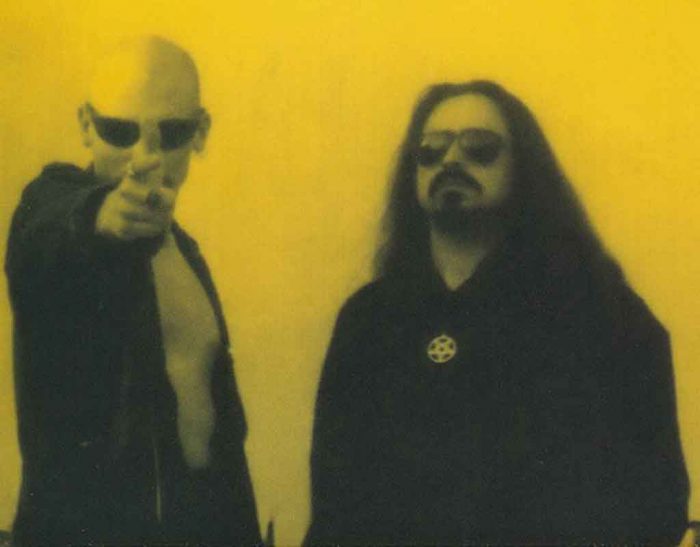 By outsiders, or those who did not understand metal or could only administer it in forms diluted by something else, such projects were praised as a big improvement over metal due to more approachable aesthetics and sonic variety. In reality, this insidious example of avant-gardism needs to be heard precisely because it injects distinctively metal perspective into other genres it works with. And while in its stylistic diversity Diabolos Rising (by its creators dubbed as Industrial Vampiric Art) covers darkwave, EBM, ritualistic ambient and even power electronics, the dominant atmosphere throughout is that of satanic gothicism of which classic Greek black metal is known.

On first two albums, 666 and Blood, Vampirism & Sadism, straightforward metal intensity and techniques are combined with calm, mysterial atmospheres; raving romanticism merges with threatening nihilism and both heads toward primordial chaos. Cutting guitar parts are provided by Divad, who is also co-responsible for all of the classic Necromantia albums. The electronic sounds concocted by Zacharopoulos are somewhat unpolished, old-fashioned and clearly outdated by the mid 90s standards.

As if to confirm that, 666 ends with a dirge reminiscent of Richard Wright’s synth lines from the 70s, only to turn into full-on worship of Vangelis’s Pulstar. The overall presentation brings to mind aesthetics employed by Lavey or even older occultists/charlatans, but it goes beyond mere theatrics. There is an unshakable certainty, a sense of direction, as if these black metal musicians were influencing fabric of reality in a very real sense, actively threatening it, saturating it; as if they weren’t at the very beginning of some wishful campaign to shatter morality, but already amidst of ongoing changes, which they are merely strengthening by methodically adding yet one more, such imaginatively formulated blasphemy.

There is no sign of sensibilities and emotionality commonly found in music from which Diabolos Rising are shamelessly borrowing. There is no hiding behind some “artistic” ambiguities either, only cold adherence to ruthless totalitarianism of cosmic laws. Yet in characteristic metal paradox, the essence of this hateful music, with its nihilistic mantras like “Genocide – I’m God” or “Give me blood or give me death” actually contain a thirst that is as life affirming, as possible.

Release of Blood, Vampirism & Sadism was followed by a visual aid of sort – a full set of videos corresponding to the themes of each song. They were comprised of snapshots of occult symbolism, subversive/disturbing imagery and grotesque horror flicks. After that the duo started to create under the Raism moniker, with session guitars now being held by Sotiris from Septic Flesh. The Very Best Of Pain, their first release as Raism, is an EP with a collection of satirical songs. It is as much conceptually obvious as it is musically forgettable, although part of its style will be carried on to a more interesting second release, which will also mark the end of collaborative work of Zacharopoulos and Luttinen. 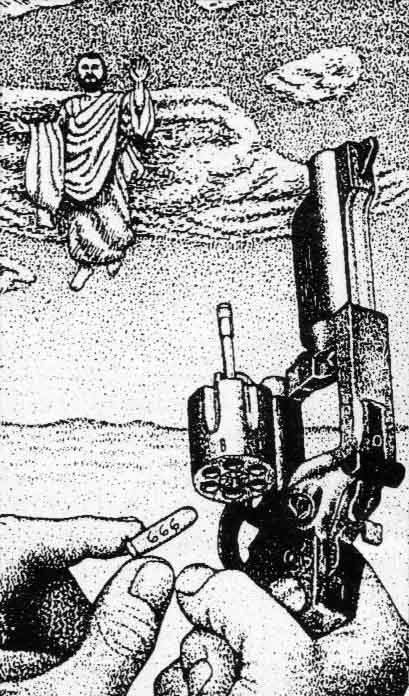 The last release, Aesthetic Terrorism, with its grindcoreish spirit, is something which could be expected from Impaled Nazarene, if they would choose to pursue further some other aspects of their early output. Its title, despite also having other meaning in the context of album, practically says it all. It is aimed to transgress and alienate in a manner similar to say, Sore Throat on their Disgrace To The Corpse Of Sid, albeit with less irony in the music. Despite apparent continuity between the projects, Diabolos Rising was more subliminal and dedicated to more hermetic purposes, while Raism loudly brings immediate, direct statements. Where Diabolos Rising even had a peculiar symphonic grandiosity, Raism is stripped down from such luxuries, but also from most of its previous industrial aspirations. It consists of alternation of guitar tracks and relentless dance music and tries to capitalize on abrupt shifts between the two. The former are generally coarse, thuggish hardcore played with perceivable mannerisms of Hellenic black metal, while the latter are of hardcore/hardtrance variety with industrial or acidic overtones. Curiously, on Aesthetic Terrorism guitar tracks takes the back seat. These are compositions with a relatively repetitive structure and slower pacing, with some occasional Slayeresque dramaticism thrown in, and as such aren’t really meant to match the intensity of their stylistic counterpart, but rather to be milder filler, soon to be contrasted with more aggressive assault of electronic sounds. Thus, also some of the more interesting developments actually occur in the techno tracks, which are supposedly remixes (they’re more of a joke on trend of remixing than anything else) of prior guitar tracks. But even those are mostly banners of ideas instead of narratives, and they are serving mainly as a presentation of Zacharopoulos’s capability to make something in various genres. It is an extended aesthetic exercise, and as such its impact is bound to be short-lived. Nevertheless, the end result is arrogant, offensive and vitriolic as intended.

While Aesthetic Terrorism manage to at least partially defend itself thanks to its charming attitude, the main and proper artistic content of the Zacharopoulos/Luttinen collab seems to remain under the Diabolos Rising moniker. It also isn’t flawless with its explorations of some miniscule, limited ideas or engagements in sonic experiments which had rather moderate prospects to be successful or interesting. Also, even at this point it is already noticeable what in Raism will be transformed into a part of the message itself, namely that they didn’t really claimed any electronic style in which they were creating as their own, only borrowed (defiled?) them. In a way in which it works with different styles and genres it can be perhaps best compared to Isengard, even if ultimately Fenriz’s project, while having similar function, ends up being more substantial. This prevents Diabolos Rising from being commonly mentioned among Neptune Towers, Burzum, Ildjarn-Nidhogg, Beherit, or even Mortiis, all of which have created simple, yet competent interpretations with languages consequent and separate enough, to carve for them surprisingly self-reliant niches. At the same time, for being such a negligible experimental side-note, the ability of 666 or Blood Vampirism & Sadism to so effortlessly provide the framework for the harsh, impure and unthinkable is commendable.

Despite falling behind classics in that field, Diabolos Rising remains one of the better examples of digitalized metal as well as a testament of potent creativity and unconstrained radicalism and eccentricity of notable figures in black metal underground. Mild views will never inform real black metal, much less kindle its fire. As a whole, Diabolos Rising/Raism communicates not as much through musical language, as through impressions emerging from multifaceted, multimedial art. It is an outlier, not the canon, but it demonstrates very nicely how certain themes works in the context of metal – themes which helped to set and inspire its direction. It shows how one can navigate and endure living beyond good and evil, among chaos, decadence and the death of God and actually find it inspiring and invigorating at that; unaffected and unmoved, with a view as clear as ever, retaining focus by adherence to few grounded principles. And seeing how misanthropy (anti-humanism), antireligious sentiments, occult recognition of patterns and individualism (sovereign spirit + elitism) are automatically constructing the figure of Satan, provokes to figure out what “evil” actually indicates in this context.