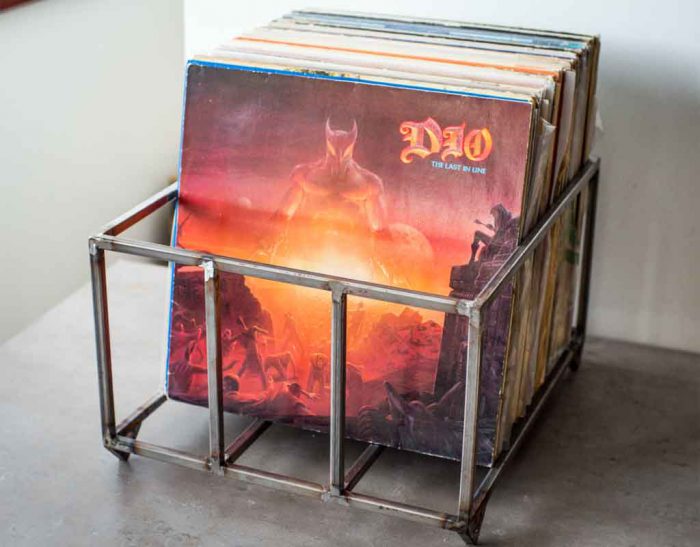 The libertarians are correct: everything is an industry, at least until higher commitments or pretenses intervene. Metal music makes money, so not only has it become an industry, but promotions is a burgeoning industry, as is reviewing.

To make it big as a reviewer, you have to master the art of re-writing promotional texts and press releases — usually combining a few — as a variation on the Normal Review. This means that you say a lot of things that sound appealing but never make any actual legal endorsement or promises.

What is the Normal Review? The term “normal” here denotes “usual” in the sense of normal distribution or normal wear and tear. It is not designed as a normative use, but a description of entropy over time. Most album reviews are entropy that sells albums. Here is the form:

It has lots of fascinating oddities, and it’s alright if you like this sort of thing.

It should be easy as heck to write these. You start with some biography on the band, then talk instrumentation and production, finally hint that there might be something more to the music, and then conclude with a conditional statement (“it’s alright if you like this sort of thing”).

Almost all reviews fit into this format. Let us look at one written for a sci-fi progressive metalcore shoegaze fusion band:

The newest release from Ice Meteor, Astronaut in the Rings of Saturn, shows the Seattle band overcoming the tragedy of having its storage unit broken into during the COVID-19 shutdown. Featuring members from indie, punk, and metal bands across the Pacific Northwest, Ice Meteor returns with a triumphant statement of purpose.

Unlike your average metalcore band, Ice Meteor has not only nine-year-old female drummer Ebony Alisha on percussion, but uses an oboe in the hands of Gary “Soy Boy” Rogerston who normally handles bass duties, adding to the many layers of obscure complexity they use in their fusion of nu-metal, deathcore, and indie shoegaze music.

Start listening for the cool cover and the songs about exploring deep space using virtual reality, stay for the sitar solo on “Pressure Suit Isolation,” then really dig in as the album kicks into gear with spidery progressive riffs and lush keyboards.

Most will not expect this different and unique take on the metalcore genre, nor the abstract fusion of science fiction with primal emotion, but Ice Meteor delivers something no one else can get. If you like your metalcore entree with a side order of sci-fi prog, check out Astronaut in the Rings of Saturn!

In my view, this style of reviewing misses the one useful thing that a reviewer can do, which is answer the question that readers need to hear.

As a nihilist, I recognize that there are no universal truths, morals, values, or communications. We are little monkeys pointing and nodding to each other to try to agree on what we can do to adapt as a group, if even that, since most of the little monkeys are just parasites.

This means that I cannot accurately describe the music exactly, just like I cannot describe anything else exactly. I can use terms to give you an abstract and metaphorical understanding of something and how it works, but that requires that you expend effort in understanding those terms.

The classic Dark Legions Archive reviews played with language. They used academic, philosophical, and technical language to describe music both in the abstract and in its effect on the listener, requiring that listeners spend some time learning about language.

In my view, this was always a way of reaching out a hand and saying, “Here, you make it halfway and I’ll pull you the rest of the way.” If you put in the effort, you would learn things, both about language and metal. I was telling you that I believed you could do it. I believe in you, or at least, your potential.

These reviews offended basically everyone back in the day. Industry types told me I was a ‘tard for assuming that metalheads were not simply dumbshits who lived in basements and ate squirrels. Writers told me that I was reading too much into metal, seeing things that were not there.

Five years later, everyone in industry was emulating the language and themes I used.

People want to see the mystery of life and explore the non-deterministic areas that give it meaning. They want to be tested, to struggle, to have adventures, and to face death, maybe even survive it (this time). They want life to have meaning, which requires ambiguity and risk.

Metaphorical and abstract reviews tell you what a given chunk of music does to the mind, and what setting and journey it sends the listener down like a forest path. Most listeners cannot articulate this, but when it is offered, they select it. Utilitarianism fails, but gut instinct works.

Since nothing can be described in a universal, absolute, and objective shared consciousness or hivemind groupthink, readers must meet the reviewer halfway, and the review can describe what is there, but ultimately must offer up an opinion that readers assess by what they know of the reviewer.

This opinion must be honest, and requires a bit of ego-death to achieve, since it answers one question:

Would I buy this if it were not sitting here in front of me?

Reviewers after all get music for free. These days, it comes in digital form, so when your hard drive croaks you tend to lose ten thousand promos and not give a tinker’s damn. In the past, promos showed up in physical form as if bribing you to write nice things about these shiny new products.

However, for me, the archetypal reader is someone younger and not wallowing in spare cash, maybe forking over enough to get an album or two a month. The question for the reviewer is, would this person be sensible to buy this album, and would they enjoy it for months and years instead of mere weeks?

In the long term however, giving them access to better music trains their minds to expect more quality and to avoid the mental fuzz and static that thoughtless music engenders. They will enjoy this for a lifetime, or maybe longer. It helps shape how they think and what they know of themselves.

There is a moral dimension to this somewhere, perhaps along the path that says that good art makes us better people and bad entertainment reduces us to the gibbering moron monkeys that we secretly fear we are in sum total. Maybe we can be more than that, but this requires quality, not conformity or novelty.

For me, music is a form of miracle and magic. Twelve notes, infinite combinations, and only some make sense, and among those, only some are evocative of certain things, and then only when in the right context (this is the basis of composition, like plot and character in literature).

We can choose greatness, or we can choose the despair of low standards. I opt for the former, which is why these reviews are both sadistic and encouraging. We can rise above the primordial muck from which we evolved, but it requires good music, and that means excluding the 99.9% on the left side of the normal distribution.

33 thoughts on “How To Review Metal Albums”