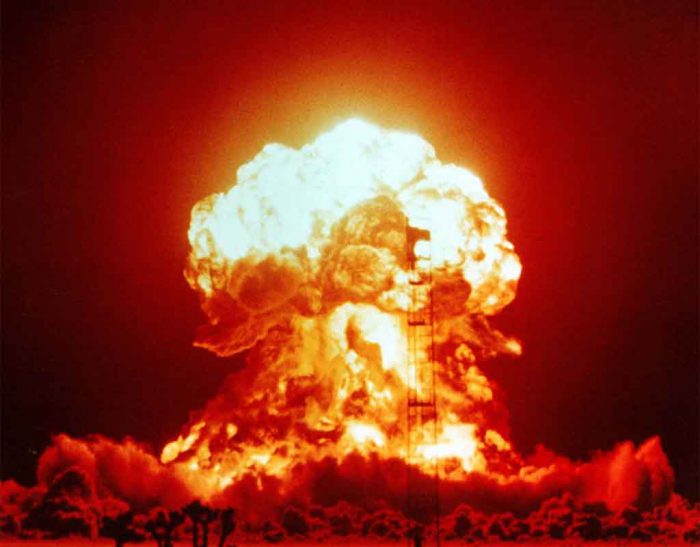 “Over the past six weeks, we have experienced a national conversation about injustice, racism, and the cruelty of humankind to each other,” said Esper in a reverberating monotone from his temporary office in the Presidential Emergency Operations Center (PEOC) five stories under the White House. “During that time, we have come to the conclusion that as Americans, we stand against bigotry, and will eradicate it wherever we find it.”

According to sources at the Minneapolis Police Department, now operating in exile from Las Vegas, NV, a routine patrol through one of the outer neighborhoods of the city encountered a “White Lives Matter” banner on the side of a garage behind an abandoned cookie-cutter suburban house.

“It wasn’t even really well done,” said an anonymous source at the agency. “It looked like someone was drunk and took spraypaint to a bedsheet. The letters aren’t uniform, and they had to insert a second ‘T’ because they forgot how to spell ‘matter’ in an alcoholic haze, but we brought it to headquarters, headquarters called DC, and the decision was made to show zero tolerance for racism.”

At 4:02 PM (CST) a B-2 Spirit bomber lifted off from Ellington Field in Texas and flew the eight hundred miles to Minneapolis, releasing a single B61-12 nuclear weapon, which detonated a minute later at a thousand feet above the ground, incinerating most of the city in a single wave of thermonuclear fire. “Most of the city was destroyed instantly,” intoned Esper, “and the remaining citizens will perish shortly afterwards of radiation poisoning in an area that will be uninhabitable for the next thirty thousand years.”

“As they perish twitching in their bloody diarrhea and mucosal vomit,” Esper said, “they will reflect on the fact that a free nation requires freedom from intolerance, and that this means that we cannot tolerate racism anywhere in our great Republic where people who share our values come from all over the world to be proud Americans. We will rip out any bigotry that we find by all legal means, including invoking the National Security Directive to purge it with cleansing nuclear fire.”

Essential personnel were flown to safety if they could be notified in time, many witnessing the blast from the windows of the C-130 transport aircraft taking them from the doomed city. “It sure seems like a shame,” said Hannah Lewis, a paralegal with the Sheriff’s Department. “But we just can’t tolerate racism, and this way, maybe the riots will quit long enough for us to have functional grocery stores again.”