“Things that are genuinely sublime speak for themselves.” 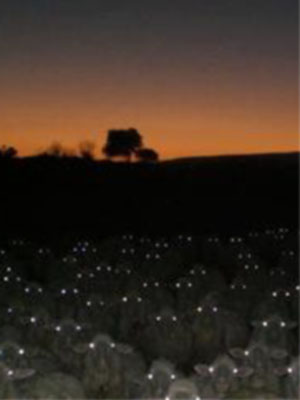 Once upon a time I used to cringe whenever I read interviews with my favorite metal musicians, as no matter how well they started they would almost always lead up to the same sort of question and the same disappointing response. Something along the lines of: “What did you mean by this song/album?” followed by “It’s up to the listener to decide what it means.”

This is a stock response almost across the board in metal (from the brainless to the most inspired of bands) and it used to annoy me. After all the effort I was putting in trying to convince people that metal was a legitimate and thoughtful art-form, whose creators are both articulate and deliberate, it would all be undone in one swift blow by what sounded to me like an under-confident and poorly thought-out response.

Was it embarrassment at talking about their motivations? Or a lack of deliberation over the creative process (which just didn’t seem true at all when I listened to the music)? This kind of off-hand, Hallmark-card relativism belonged in rock & pop, where the music really is an empty vessel for the listener to paste in their own experiences and fantasies, but not in metal.

Surely metal bands didn’t believe this of their own work — that their decision to come to this outsider genre, to innovate and/or fervently uphold an enshrined sense of metalness against a society that wanted to assimilate, emasculate and repackage it, the meandering music and reference-laden lyrics — none of it had any significance outside of whatever the listener felt like, however trivial or stupid?

I now get that I was looking at it wrong. It’s not that the listener gets to choose what the work means, but that they must explore it in order to find its meaning. This is a standard approach toward learning called esotericism, which means simply that the learner advances as his or her own pace, and without that readiness in the listener, more cannot “be taught.”

What they do not need is to be told what it means and how to think about it. Long-winded explanations kill the sense of mystery that’s inherent to good metal. In the same way that reading Quorthon explain how the guitars on Blood Fire Death were recorded in the toilet of a garage kind of dampens the mythical, Viking warrior image of that album, too much talk about the background mental processes that go into any piece of art takes away from actually experiencing the art itself. Things that are genuinely sublime don’t need too much explanation, they speak for themselves.

The nerd in me will always enjoy finding out about how and why something was made the way it was. But unlike, say, cathedral architecture, metal doesn’t really have generations of pedagogical artistic and academic development behind it that a person can study and still be filled with a sense of how awesome it is that human endeavor conspired to make it possible.

Even when there is this kind of background to an art-form, it probably only benefits those of a technical mind to find out about how and why something is done. It’s a bit of a Promethean bargain, in which you lose the sense of wonderment in order to find out how to recreate or add to it. Metal is a relatively young genre of music with murky origins and a strange streak of conservatism about it, combating a world that is at various levels hostile or antithetical yet constantly influxing it with new, clueless people looking to join in and take ownership of it.

Amongst newbies misunderstandings will always abound, and whilst it could be argued that clearer explanation by bands of what their work stands for might stop some of this, the opposite might also be the case.

The inverse of metal is the modern art world, which with its aptly sterile settings (the white walls and straight, squared lines of a typical pretentious art gallery) has decided that the explanations are more important than the quality of the work. A turd in a tin can, a cow sawed in half or a semen-streaked bed can all pass as acceptable art, provided they are accompanied by an essay qualifying the artist’s ‘creative’ decisions.

This is where the likes of Liturgy are approaching metal from – a liberal arts background that name-checks all the right theories and schools, and values the backwards relationship between aesthetics and explanation espoused by modern art. Bands like this show us that some people are only ever going to be interested in using metal as window-dressing for their own social posturing, and that too much intellectual naval-gazing (of which there has been a lot over black metal, although not necessarily by the bands themselves) helps attract the sort who are interested in appearing clever without making anything clever.

Being a hessian does not necessarily mean being caveman thick when it comes to understanding or articulating the genre’s purpose and intentions; but something of metal’s primal energy definitely gets lost in too much chin-stroking, as well as in directing people too much to the source or meaning of it all.

Music although underpinned by logical systems is not an entirely rational process, but a visceral one; which is not to diminish rationalizing things, but to say that ultimately art needs to be this way in order to work as it does – it needs the sense of release from talking about stuff in order to express that which is both inexpressible and more than the sum of the parts.

Similarly, life as a whole is more like a journey than an exam study session; the motives and end-point are never always clear, but the actual act of going on the adventure and finding for oneself how to place things within their context is much more fulfilling than being told by someone else what it’s all supposed to mean.

5 thoughts on “Music doesn’t need to be explained.”