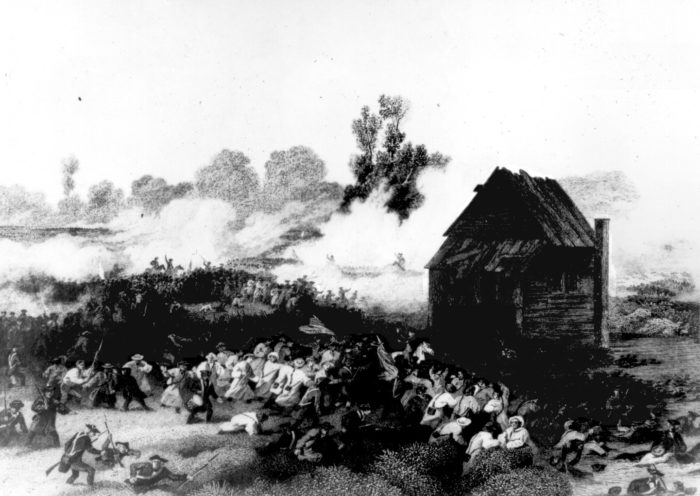 Likewise, most families today are created out of an obsolete duty towards society, now to fill in a void, and in particular groups operating by an ignorant “nationalist” paradigm that misses the chance of a quality of life veering to truly Traditional means and, instead, in a deplorable shortness of sight, seeks to recreate ethnic greatness through basically industrial-agrarian conditions not at all dissimilar to communist countries, albeit combined with more freedom and a laughable racist. Beware of such anti-Traditionalist currents calling themselves ‘Nationalist’, and who obviously do not even really understand the concept of ‘Nation’ as it was birthed in the 19th century.

The model in question reflects a slave mentality applied to a whole system, in the sense that it is the template for a people who have no direction and are good for nothing else but obeying. To clarify, this is not to say that all people today following this mentality are natural slaves (though the vast majority of over-reproduced humanity is so, but that the model used today is essentially a universalist slave model (hence the stress on ‘universal egalitarianism’ as well, nonexistent in the original idea of democracy). Where before the principle of unitary, ‘divine’ rule was found naturally, a paradigm of priesthood gave way when such quality declined; this was followed by the ascendance of the warrior paradigm as the priesthood became compromised and corrupt. Eventually, and by the ‘renaissance’ (incorrectly seen by many today as a revival of Graeco-Roman principles) the merchant class started their final take over, and being replaced gradually after the French Revolution by increasingly pro-slave class/culture paradigms of society, leading to the superficial, meaningless and wholly materialistic lifestyle that is the norm today.

In order for Hessian culture to accelerate its own growth toward the future it must be aware of its past as well as the likely environment into which it will develop. As the world spirals closer to oblivion, entropy, and genocidal apocalypse, the vast suicide cult that is modern society seeks further methods of denying darkness, chaos, and destruction. Hessians exist so that this may not be so.

Hessians, on the other hand, do not distinguish between ‘preferences’, ‘principles’ and ‘lifestyle’, as the lesser kind of human being (a.k.a. mundanes) are wont to do. What in their reversal of values the mass of weaklings praises for its obedience to authority while keeping an overactive imagination, the Hessian despises and wishes to overcome, living their lives at the expense of the so-called liberties afforded by subjection to purely social rule and materialistic conceptions of life. The Hessian enjoys life for what it is, as a whole, and not in spite of what he has to do. He is what does, and he breathes in the whole of existence, wanting ever more instead of simply retreating into the delusions that the slave world has built up for itself.

The naturalistic philosophy of the Hessians prioritizes justice and ideal at the same time it encourages chaotic fantasy; its essential communication is to live well through freedom from the clutches of neurotic thought, and to spend time in whatever liberating activities can be fashioned from the elements available. The nature of this in the trapped, suffocating world of commercial society (narcotic of the one true herd) is a relative overemphasis on intoxication and freedom from plans, morals, karma, memory, or the will of other people; the consequence is often an overindulgence in rebellion without a clear direction for self-preservation.

Musicians following a Hessian way of thinking should also be immersed in their act of creation as a holistic experience, rather than as a ‘job’ or ‘hobbie’. This is, in fact, the only way in which art is not simply a weak metaphor, a pipe dream without any basis in reality, or worse of all: a cartoon. Unfortunately, the reality is that the vast majority of musicians that are operating or have operated within metal are ‘posers’ in this sense. Hence we can understand the most elitist attitudes (not in the masses of ‘trve’ metally defectives, but in those very few of worth) that will judge an artist by his eventual actions, retroactively demeaning their work. Among these failures, and despite of their past achievments and the influence of their achievements, are the likes of Deicide and Emperor. One should meditate whether or not the future of metal as a living organism rather merits their expunging from the canon and their constant vituperation in warrior like pride, in lieu of the merchant-bourgeois upholding of empty symbols of wealth, or the slave-proletarian (which includes all modern job workers) and their escapist, neurotic fetishism.

A civilization that worships fear is nothing to us, they say, as we like the ancients choose a broader, faster, freer life. We choose our will and our dreams over fear.

The impact can be seen on art, which expresses dimensions of human experience that are not wholly conscious. Thus, the most well-meaning and learned slave-conditioned musician that has not managed to rebel at the deepest level in thought and action against their imprisonment will inevitably produce a compromised result to varying degrees, depending on their own personality and strength. Needless to say, virtually all musicians in the metal world will be compromised in this way, but the question is, to what degree and in what manner. Inevitably, as well, the metal music genre as a whole is a function of this same system, albeit one that means to rupture through or away from it. The function has also been altered through time, and so, the fact that metal is born of this system does not void the validity of the idea that it is the rebirth or representation of an older or immortal spirit latent in human beings that seeks ascendance.

In the shadow of this denial Hessians have had to find a new way of understanding their existence, when it is not often acknowledged and never given any credit for being as intelligent and architected as it is. This enforced internalization has reached its peak in the romantic but morbid subgenre of Black Metal, which encourages a fascistic love of self and misanthropic hatred toward the world. Alas, Hessians in this world are tainted by its virus, and this over-extension is sometimes as much reaction as independent direction. However their metaphor speaks its truth plainly, and rebellious deconstructs any rules or beliefs that it can lay a hand upon.

The solution lies at change at the core: a change of values, a change in the way that life is seen, a change in the way that life is lived —this is the only real change, all else is illusion and self-deception. Whatever way the Hessian chooses to enact their own personal way of manifesting the truth of a cosmos larger than human concerns, the gospel of chaos, it must be anathema to modern society and conventional life. All else is posturing and mediocrity.

31 thoughts on “The Importance of the Hessian Ideal”