Death metal arose in the early 1980s, when the children of the post-WWII generation matured in the West (USA, Europe). These individuals grew up during an era when the capitalist/democratic West pitted itself against the communist/totalitarian Eurasian and Asian states, in the shadow of the second world war which established this division. 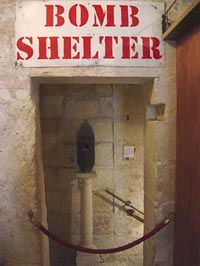 This was an era when the constant threat of nuclear conflict or invasion of Europe by the Soviet Union was perceived to be not only real but likely, a shade short of inevitable. The Baby Boomers, born 1944-1953, hoped for a prosperous future without the threat of Nazi Germany, but faced instead a “Cold War” in which six minutes of warning could announce total nuclear annihilation.

Most popular music took a populist approach and warned against the increasing conservative powers of the West, but death metal eschewed the political for the philosophical. It portrayed a world of death, disease, and occult torment hidden behind a smokescreen of technology, religion and politics. Its lyrics, dripping with references to horrible ways to die or decay, and frequently referencing Nietzschean concepts as well as a strong anti-Christian bias, referred to a side of life not seen in the media or political dialogue of the time.

To most, this was baffling — in a political, economic or social context, how does one understand “Only death is real”? It seemed a reminder that beneath all of our social constructs, containers of consensual reality, we were missing something. In this it was not entirely divorced from the post-Nietzschean fascination with deconstruction, exhibited in the literature of 1959-1976 as “postmodernism,” or a sense that our definition of the “real world” was illusory and leading us astray. Somehow, we had lost sight of the actual world — reality — and were living in a dream turning rapidly to a nightmare, as all illusions do when they confront reality. Reminders of mortality, of an occult religion where no morality of good/evil existed, and visions of decay rather than an abrupt apocalyptic end marked the lyrical and imagic differences between death metal and the speed metal, heavy metal and hardcore punk (ancestors contributed its hybrid genetic material) before it.

Where death metal was most influential however was its style of composition. Where rock bands put together a verse and chorus loop united by harmony, death metal borrowed from the classical, progressive rock and electronic music (the latter two genres being influenced by classical music most profoundly of mainstream styles) to create a synthesis between the theatrics of opera and the melodic phrasal composition of classical. This led to a “narrative” composition, or a journey through many riffs and motifs which changed the listener between start and finish; this contrasted rock and jazz, which in their simple loops with embellishments of improvisation crafted a single state of mind in which the precepts were fulfilled by the conclusion. Death metal, in this sense, was both structuralist or a study of how events connect as a whole, and Romanticist, in that it emphasized change in experience over solid assumptions.

Having learned from the speed metal and heavy metal and hardcore punk experiences, in which new genres rapidly became absorbed by the same groupthink they attempted to evade, death metal deliberately styled itself as unlistenable. Heavy, bassy distortion created an angry and violent sound, as did the intense rhythms and howling, hoarse, screaming, shouting, rasping vocals it utilized. This was outsider music, not another product to fit into a functional modern life as an aesthetic complement to expensive decor and an entertainment system.

When all of these traits are analyzed, it is clear what death metal brought as art to the West: the idea that our modern life was an illusion based on a shallowness similar to the categorical division of life into good and evil, right and wrong, us and them. We had lost sight of reality through these illusory divisions, and the result was an apocalyptic confrontation that threatened all life — and while most wanted to evade this realization, death metal wanted to reinforce reality instead.

Twenty years later, no radical changes in this outlook have occurred, although black metal formed to address (in part) the shift from conservative to liberal politics in the West in the 1990s. Death metal is as relevant as it was in the 1980s, with black metal as an added commentary. Its physical presence as a genre has been mostly assimilated by groupthinkers who want an “authentic, radical” perspective, but the original music remains. 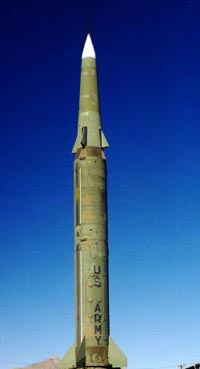 To see its relevance as art, and a more intensely artistic form of underground genre is hard to find, it is important we turn to philosophy. Kant saw us as living in a time of “radical evil” when our mundane actions of survival constituted a great future downfall; T.S. Eliot, interpreting Nietzsche, saw the modern time as a triumph of the taste and judgment of the masses absorbing the better wisdom of actual thinkers. Death metal, with its allusions to hollow men (Entombed) and Nietzschean topics as well as its perception of a pervasive occult evil, explored and explained these ideas.

How does a death metal artist or fan think about the world? As a slow suicide. These individuals grew up in a time when masses of credulous voters and buyers could be swayed from trend to trend, and easily duped by political lies of the basest quality. Death metal saw this mass of undifferentiated people as the sustaining force of our public illusion, and injected a dose of grim reality to counter the tendency toward pleasant illusion denying actual dangers. Death metal is the revealing force of our modern dread as we are slowly dragged toward a grisly doom by a popular opinion that resentfully denies any who assert reality.

Interestingly, despite all that has been written about death metal, very few thinkers touch on these points. They are not popular. They are dangerous ideas, and difficult to prove because they are stated in metaphor. Much like death metal itself, they are outsider perspectives which will never be accepted by the crowd, which speaks both for their accuracy and urgency as the slow suicide continues.

One thought on “The Mythology of Death Metal”