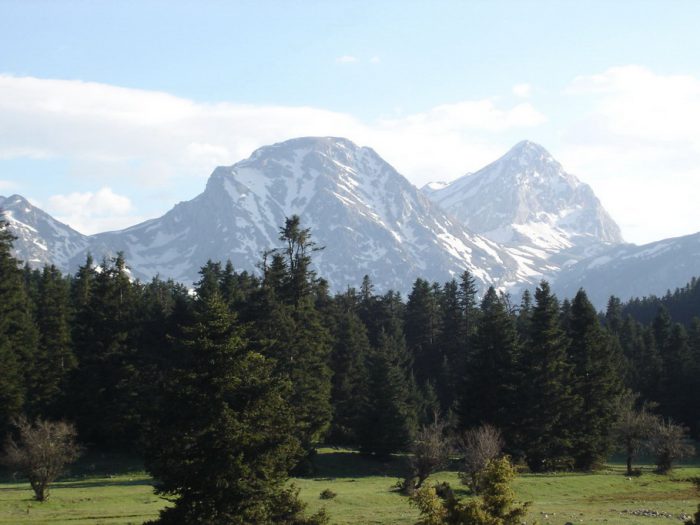 Extending further into the past, and lying in deeper recesses of mystery, are the cults and legends of the ancient Pelasgians. Their symbols, gods and myths included precede, and in a way bring forth the Hellenic [1], while remaining in a relative obscurity even when the cults were known to be active [2]. Among these obscure cults was that of the Kábeiroi (a.k.a. Cabiri), a group of unknown but powerful beings tracing lineage to Rhea —The feminine Titan of Saturn [3]— and to the vast Sea [4].

Jung recounts that the Pelasgians brought the cult of the Kábeiroi along with the rest of a ancient tradition of worship for their dark Goddess [5]. In the same place, Jung affirms these powerful beings were related to a theme of creativity, origination and libido (‘mental energy’, in Jungian theory [6]), and that the Kábeiroi “invented Ephesian magic formulas and the musical rhythms”. Furthermore, of the Kábeiroi’s cult Georg Luck says “But the goal of all these rites is the same: ‘to become one’ with the deity (henosis, unio mystica). Once you have entered trance, you are no longer the worshipper, you become the deity you worship.” [7]. 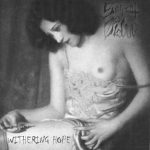 Serpent ov Old – Whithering Hope (2012)
Serpent ov Old builds music by stating themes in the fashion of power metal, while balancing (purging) the saccharine effects by the application of black metal underpinnings in percussion, vocalization and guitar strumming. The band makes this work by connecting power metal and black metal techniques to their common speed metal foundations. Of course, this has to be accomplished tastefully, and we never find a reliance on trope or techniques: compositions are driven by the central, “invisible” essence of motion and contrast [8], and fluctuations of power and direction [9], by and for which the instrumentation exists. The music of Serpent ov Old is fierce romantic dramatism akin to powerful forces of nature that destroy yet also create. By adopting and moderating the extroverted expression of power metal [10] and delicately subsuming it under black metal, Serpent ov Old makes the music genres escape the narcissistic trap and makes them serve a transcendent expression of inner experience. Furthermore, this profound experience, if authentic, is one of darkness and anguish; but which darkness and anguish, if contronted and assimilated unto individuation, can presumably lead to the creation of a new type of being. 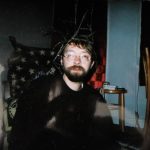 Giving us an early, unprocessed picture in a crude recording made even cruder by mutiple cassette rips, we hear Moult as though the veil of time itself made the sounds warmer, removing the piercing bright of the immediate and leaving us within an acquous depth. This acquatic aura is characteristic throughout all of Moult’s music, whether it be improvised, semi-improvised or composed. The Realms is arguably the most juvenile of the recordings hitherto exposed, something one would notice even if a date or the epitheth ‘early’ were not given us. The ideas are terse, seemingly arising from patterns encoded into fingerings that stubbornly arise from the unconscious. Brief lapses outside these markings, pauses before re-statements of main sections, pensiveness and a certain innocence, all contained in these shy compositions. So much is  expressed in them that one is wont to think about the “little boy” in the Kábeiroi entourage of father-son / wiseman-puer; fool of energy.

“Unwilling, I reveal a loftier mystery. —
In solitude are throned the Goddesses,
No Space around them, Place and Time still less:
They are THE MOTHERS!

“Goddesses unknown to ye,
The Mortals,—named by us unwillingly.
Delve in the deepest depths must thou reach them:
‘Tis thine own fault that we for help beseech them.

“Where is the way?

“No way! To the Unreachable,
Ne’er to be trodden! A way to the Unbeseechable,
Ne’er to be besought! Art thou prepared?
There are no locks, no latches to be lifted!
Through endless solitudes shalt thou be drifted!
Hast thou through solitudes and deserts dared?
And hadst thou swum to farthest verge of ocean
And there the boundless space beheld,
Still hadst thou seen wave after wave in motion,
Even though impending doom thy fear compelled.
Thou hadst seen something—in the beryl dim
Of peace-lulled seas, the sportive dolphins swim;
Hadst seen the flying clouds, sun, moon and star;
Nought shalt thou see in endless Void afar—
Not hear thy footstep fall, nor meet
A stable spot to rest thy feet.

“Here, take this key!
The Key will scent the true place from all others;
Follow it down! ‘Twill lead thee to the Mothers.

“Descend then! I could also say: Ascend!
‘Twere all the same. Escape from the Created
To shapeless forms in liberated spaces!
Enjoy what long ere this was dissipated!
The whirls the press, like clouds on clouds unfolding;
Then with stretched arm swing high the key thou’rt holding!

At last a blazing tripod, tells thee this,
That there the utterly deepest bottom is.
Its light to thee will then the Mothers show,
Some in their seats, the others stand or go,
At their own will: Formation, Transformation,
The Eternal Mind’s eternal creation,
Forms of all Creatures,—there are floating free.
They’ll see thee not! for only wraiths they see.
So pluck up heart,—the danger then is great.
Go to the tripod ere thou hesitate,
And touch it with the key.”

— words by the Master Johann Wolfgang von Goethe, in his Faust

[2] “The gods worshipped in Samothrace, the Curbantes and Corybantes, the Curetes and the Idnsan Dactyli, are said by many persons to be the same as the Cabiri, although they are unable to explain who the Cabiri were.”, Strabo, The Geography of Strabo, translated by Hans Claude Hamilton and William Falconer.

[3] “[T]he goddess created the seven planetary powers, setting a Titaness and a Titan over each. Theia and Hyperion for the Sun; Phoebe and Atlas for the Moon; Dione and Crius for the planet Mars; Metis and Coeus for the planet Mercury; Themis and Eurynmedon for the planet Jupiter; Tethys and Oceanus for Venus; Rhea and Cronus for the planet Saturn.”, Robert Graves The Greek Myths, 1955, in ‘The Pelasgian Creation Myth’.

[4] “[T]he sea is an emblem of purity, as is evident from the Orphic hymn to Ocean, in which that deity is called θεων αγνισμα μεγιστον, theon agnisma megiston, i. e. the greatest purifier of the gods: and Saturn, as we have already observed, is pure [intuitive] intellect. And what still more confirms this observation is, that Pythagoras, as we are informed by Porphyry, in his life of that philosopher, symbolically called the sea a tear of Saturn.” Eleusinian and Bacchic Mysteries: A Dissertation, Thomas Taylor, Alexander Wilder (Ed.), 1891.

[5] “[T]hose mysterious chthonian gods, the sons of Hephaestus, the Cabiri, to whom great power to perform miracles was ascribed. The name signifies ” powerful,” and the Samothracian cult is most intimately united with that of the ithy-phallic Hermes, who, according to the account of Herodotus, was brought to Attica by the Pelasgians. They are also called μεγαλοι θεοι, the great gods.” Carl Jung, Psychology of the Unconscious, 1911.

[6] See Carl Jung The Theory of Psychoanalysis, 1915. (Amazon) [Editor: The reader is strongly encouraged to study in it Jung’s decisive corrections to Freud’s pathology-based outlook. Wisely read, this concise and fundamental work potentially opens the door to much more than a theory of psychology.]

[8] See the article The Importance of Contrast and Structure/Musical Motion through Levels of Consciousness: https://www.deathmetal.org/article/the-importance-of-contrast-and-structure-musical-motion-through-levels-of-consciousness/

[10] See the series of articles Introduction to Power Metal parts I, II, and III: https://www.deathmetal.org/tag/introduction-to-power-metal/

2 thoughts on “Whispers of the Kábeiroi”