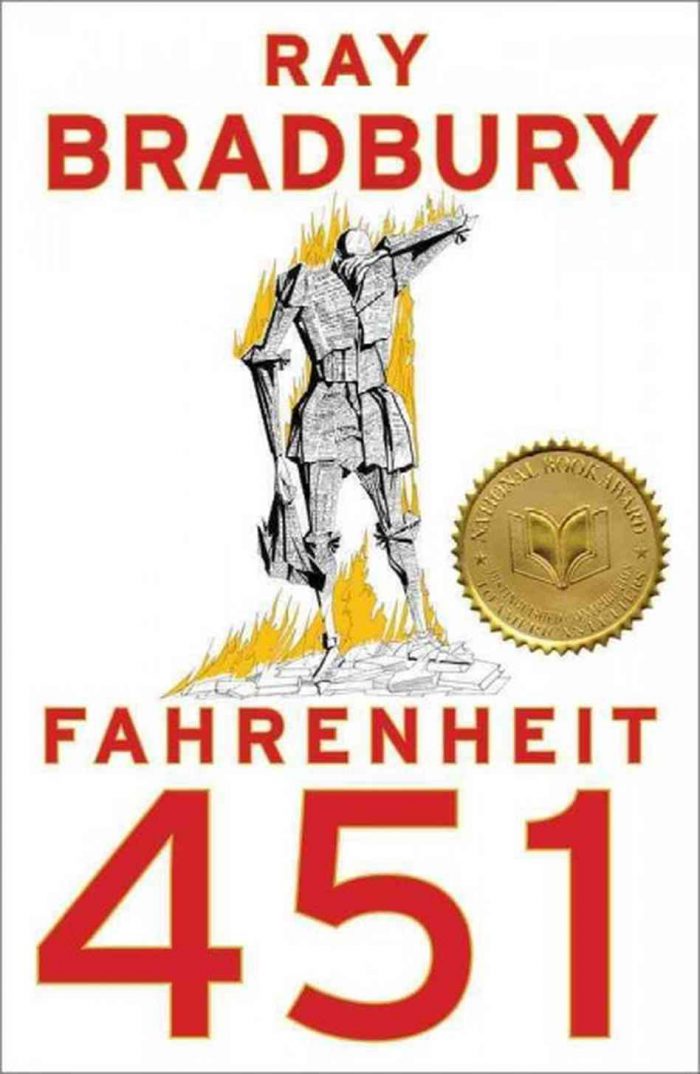 I found it hilarious to see the book sales of George Orwell’s 1984 skyrocket just after the election of President Donald Trump. This happened mostly because big name liberal journalists, in a hysterical tirade, issued a number of meltdown pieces over the similarities between the totalitarian novel and our current state of political affairs.  But anyone who has read (and comprehended) the novel would instead trace similarities of the preceding administrations and Orwell’s terrifying prophecies.  They include – but are not limited to – 1984′s established world of mass surveillance (not unlike the mass data collection Obama’s NSA was revealed to be doing on Americans), the elusive visual enemy of the people Goldstein (who parallels Osama Bin Laden’s Western symbolism in the Bush era), and the main character’s career in the “Ministry of Truth” where he is resoponsible for deleting historical data (similar to Google’s deletion of certain websites from its search results, in away the archives of modernity).

But in the events leading up to and following the election, another favorite book from my youth seemed to better define the times: Farenheit 451.  Centered on the themes of book burning, alternate history, mainstream media distractions, disconnect with actual world events, and ultimate dystopian horror, Farenheit 451 is worth revisiting now more than ever before.  This is because we’re seeing all of these things in our current way of life.

As editor of Death Metal Underground during the Tulio Baars DDOS attacks, I learned first hand that the modern West is living out what every early 20th century dystopia warned us we could become.  I saw 1984’s Winsten Smith seek to cross my writings out of history, but even more appropriately witnessed Farenheit 451’s Guy Montag attempt to burn the most honest and extensive archive of heavy metal history off the face of the Earth.  Those of us who had the mental capacity to process what we learned in High School English classes (outside of memorizing answers) know that a miserable dystopia is descending upon modern metal, the only question is if we will be able to enlighten the masses before the damage has already been done.

Written in 1953, Farenheit 451 looks a lot like life in modern-day America.  The inhabitants of the story’s population sit along their houses and watch flat screen TV’s, listen to earbud headphones, consume media at copious amounts, attempt and commit suicide at a ridiculous rate, and overdose on drugs and alcohol on a regular basis.  There are constantly bombers flying overhead as there is a war going on that nobody really knows anything about.  Ultimately, nobody cares to know about it because they have so many social distractions at their fingertips.

Our protagonist works for the federal government and is assigned the tasks of burning books, all of which are banned.  Entire homes of people are burned down if they contain books, sometimes even with the residents inside the houses.  The captain of this unit describes how they got to this point:

“Now let’s take up the minorities in our civilization, shall we? Bigger the population, the more
minorities. Don’t step on the toes of the dog lovers, the cat lovers, doctors, lawyers, merchants,
chiefs, Mormons, Baptists, Unitarians, second?generation Chinese, Swedes, Italians, Germans,
Texans, Brooklynites, Irishmen, people from Oregon or Mexico. The people in this book, this
play, this TV serial are not meant to represent any actual painters, cartographers, mechanics
anywhere. The bigger your market, Montag, the less you handle controversy, remember that! All
the minor minor minorities with their navels to be kept clean. Authors, full of evil thoughts, lock
up your typewriters. They did. Magazines became a nice blend of vanilla tapioca. Books, so the
damned snobbish critics said, were dishwater. No wonder books stopped selling, the critics said.
But the public, knowing what it wanted, spinning happily, let the comic?books survive. And the
three dimensional sex magazines, of course. There you have it, Montag. It didn’t come from the
Government down. There was no dictum, no declaration, no censorship, to start with, no!
Technology, mass exploitation, and minority pressure carried the trick, thank God. “

Bradberry’s vision is playing out in real time: America, so fractured amongst different groups that meltdown at the though of being oppressed, is setting its own constitution ablaze.  Politicians, media conglomerates, employers, and companies at every level of retail have reached a point where they are willing to censor, fire, apologize, neglect, destroy just to give the impression that they’re “appealing to everyone.”  This is how book burning in Bradberry’s novel started: masses were offended by literature and demanded it be redacted despite it’s historical significance.  It reached appoint where, to appease the liberal mob rule, book burning was the easy solution.  By then, everyone in the society was hooked on media, drugs, music, pop culture, and didn’t care what happened to history anymore.  Bradberry projected social media and iPhones without even naming them!

We’re seeing this modern day book burning at all levels of our society, starting with literature.  As every metalhead knows, much of the metal artwork and lyrics we adore stems from H.P. Lovecraft, the most influential source of fiction horror.  But these albums may soon be shelved, as the liberal mob want’s to erase H.P. Lovecraft from existence:

The World Fantasy award trophy will no longer be modelled on HP Lovecraft, it has been announced, following a campaign last year that called the author out as an “avowed racist” with “hideous opinions”.

…“I’m glad Lovecraft won’t be the symbol of the World Fantasy award anymore (and did in fact lobby the board directly). It’s a no-brainer,” tweeted VanderMeer, who had been shortlisted for this year’s best novel prize for Area X: The Southern Reach Trilogy.

Last year’s winner, Sofia Samatar, who took the best novel prize in 2014 for A Stranger in Olondria, raised the issue in her acceptance speech, saying that “I can’t sit down without addressing the elephant in the room, which is the controversy surrounding the image that represents this award”. She told her audience that it was “awkward to accept the award as a writer of colour”, and thanked the board for taking the issue seriously.

“I just wanted them to know that here I was in a terribly awkward position, unable to be 100% thrilled, as I should be, by winning this award, and that many other people would feel the same, and so they were right to think about changing it,” she later blogged, adding that she believed the statue should not represent one person.

But it’s not just literature that’s being banned: the internet, in many cases an archive of literature (as is the case with this site), is facing an immense level of censorship previously unseen.  While there is mounting evidence that every social media platform ranging from Twitter to Facebook is censoring conservative content (despite telling Congress otherwise, with no repercussion from a broken society and broken justice system), Google censoring 8chan and The Pirate Bay from its search index, and cyber attacks attempting to censor right wing websites like Amerika and Gab, we have now reached an unprecedented level of censorship from storied Western “democracies.”  In the United Kingdom’s police department, we are seeing actual tasks units assigned to police internet content:

….The Home Secretary said: “Online hate crime is completely unacceptable. What is illegal offline is illegal online and those who commit these cowardly crimes should be met with the full force of the law.

“The national online hate crime hub we are funding is an important step to ensure that more victims have the confidence to come forward and report the vile abuse to which they are being subjected.

The hub will also improve our understanding of the scale and nature of this despicable form of abuse. “With the police, we will use this new intelligence to adapt our response so that even more victims are safeguarded and perpetrators punished.”

Run by a small team of specialist officers, the unit will make referrals to online platforms so that hateful material can be removed. It will determine whether the trolling amounts to a crime, help to identify perpetrators and clarify the force responsible for the incident.

How about that?  The British police department is going to make sure they get all of that “hate speech” off of the internet!  Unfortunately, their citizens are feeling the suffering of this reallocation of resources in real time:

The number of alleged rapes reported to police in London has risen by almost 20 per cent in a disturbing increase police are struggling to explain.

MOPAC’s figures showed startling rises in several crime types over 2017, which saw 80 people stabbed to death amid concerns about acid attacks and violent robberies in the capital.

Homicide increased by a third to 137 murders, all knife crimes were up more than a quarter to more than 14,500 incidents that saw 2,000 victims under the age of 25 injured.

And then comes the most damning admission:

…there is something going on with sexual offending in London that we don’t fully understand.

For the U.K. to be creating new units to combat hate speech, but nothing new for all of the rising violent crime happening under Shadik Khan’s watch, proves undeniably that the nation is more committed to censorship than serving its own citizens.  The London government can deal with massive raves in crime as long as it’s making progress in shifting narratives and suppressing information flow.  The quality of life, meanwhile, is harmed immeasurably.

This too is the Farenheit 451 protagonist’s conclusion, that life in a world full of mindless short term pleasures makes people miserable and depressed.  Everyone in the novel is doing drugs, attempting suicide, or just lifelessly zonked out in front their television screens.  The authorities are so busy burning books that they don’t notice their own spouses overdosing on pills.  The ending couldn’t be more fitting.

It’s quite a memorizing thing to witness, the sight of your country and society fulfill dystonia prophecy.  It makes rereads of books like Fahrenheit 451 quite the adventure.  When the shit movie comes out on NBC and botches the underlying themes you’ll now know the truth.

In an age where insanely niche heavy metal sites like DMU are getting shutdown by hysterical leftists censors, we know live in a world where there’s no escaping the societial downfall around us.  My only hope is that you, dear readers, awaken in time to fight for a better restoration.  There is no hiding from the politics, there is no hiding from civil war.  The only escape…

6 thoughts on “Web Censorship Is The Modern Day Book Burning”