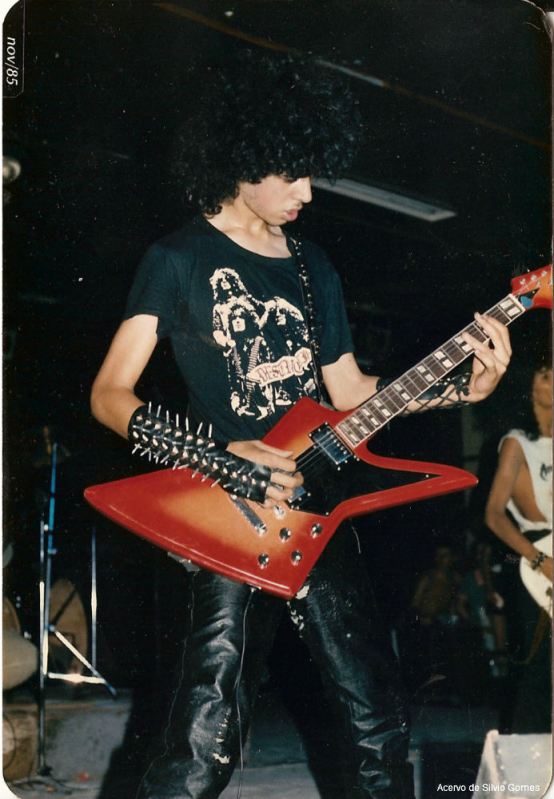 A interview with Jairo Tormentor who played lead guitar on Sepultura‘s legendary early, more blackened releases Bestial Devastation and Morbid Visions,was translated from Portuguese by a Reddit user named cantapaya and posted to the social justice warrior, autist, and Marxist infested dumpster. The two-part interview is incredibly extensive and entertaining.

Venom came without Mantas, so the band came with two other guitar players. So Abaddon and one of the guitar players were sitting at the couch. We didn’t think much of it, we were with Chronos and that’s what mattered. Then Paulo went “Jairão, look at that!”. I looked and Abaddon was making out with the guitar player. Paulo started freaking out saying “let’s get out of here, these gringos are crazy!”. [laughs] So we didn’t have much contact with those guys.