No one has or will create death metal like Suffocation. Taking the muffled hard-stop strumming of speed metal, mixing it in with the structural cryptograms of death metal, and amplifying the intensity, Suffocation innovative the percussive death metal that spawned the goregrind genre and countless imitators. Drummer Mike Smith was kind enough to give us an interview on the state of the band and its future.

You’ve said in the past that Suffocation was inspired by the heavy metal of its time as well as the hardcore punk that was contemporaneous. A lot of the Suffocation sound however seems influenced by the speed metal bands like Exodus, but taken to a new extreme. Is there any truth to this, and how did you arrive at this fusion?

It was a natural progression of all things unaccepted in the mainstream. It started with metal, we rebelled like punks, and were driven by the speed or thrash metal that was at the time.

Suffocation is what we choose to be at any given time. If we chose to do an album of gloomy doom metal we’d differ from most at that too. It depends on how we feel and what kind of attention the world is paying. 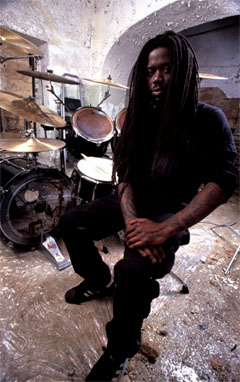 In the Effigy of the Forgotten group photo, a Morpheus (now Morpheus Descends) tshirt is visible. Did this band influence your style?

No, our influence into music started way before that. It was just a shirt of a band we knew and hung with at the time. There was no special meaning behind it.

When you write songs, do you start with a concept for the whole song, or do you accrue riff ideas and fit them into a narrative? Do you conceptualize the song in lyrics first, or write music and fit lyrics to it?

When I write personally, I start with the guitar rhythms first and maybe a topic so as to work in a chorus. The song then gets built over time.

The feel and approach of the songs are also built on what emotion I want to portray on stage to the fans or to my self at the time.

I usually have the song complete with riffs, drums and a definite lyric direction before I submit it to the others. It can be done in days, or take months.

It depends on my mental state at the time. When things are good, things flow, when I’m stressed riffs and concepts take their time to form.

Night City was like a deranged experiment in social Darwinism, designed by a bored researcher who kept one thumb permanently on the fast-forward button. Stop hustling and you sank without a trace, but move a little too swiftly and you’d break the fragile surface tension of the black market; either way, you were gone, with nothing left of you but some vague memory in the mind of a fixture like Ratz, though heart or lungs or kidneys might survive in the service of some stranger with New Yen for the clinic tanks. Biz here was a constant subliminal hum, and death the accepted punishment for laziness, carelessness, lack of grace, the failure to heed the demands of an intricate protocol.

I suppose your experience in life dictates your music. But one who wants to murder someone or cause mayhem could write a death metal song as well as blues or Grunge. For example, Kurt Cobain had a successful life in music but still chose to expire early, but the grunge music didn’t dictate or preach the message of suicide.

So it is what it is, the skill you have as a musician will dictate the type of music you play. Even though you may be a member of Satan’s circle you could easily sing bubble gum pop because you have no special skills musically.

There is no difference. The artist usually is looking to speak or release through their choice of artistry first, if the world happens to catch on then thats a bonus.

I would still be a musician who speaks through music if no one knew of Suffocation.

First you would have to show me what a normal person is. I dont know of any or why they would be considered such.

I know plenty of dummies though. The communities they choose depends on the path their life experiences took them.

Some have said that death metal and black metal use “narrative” composition, where a series of riffs are motifs that evolve toward a passage between states of mind for the listener. Is this true, and if so, how is it reflected in your songwriting?

To each his own, some bands write with no goal or direction.

Suffocation chooses to have a purpose to the way the riffs, tempos and impact come across.

We hope to stir a certain emotion. We start by writing to draw the emotion within ourselves first, and hope the fans understand the idea.

Although your music is technical, you have taken pains to distance yourselves from technicality for technicality’s sake. What is the difference between technicality, progression, pretense and good (death metal) art?

The difference lies in the person listening. Technical to some could be as simple as a Sesame Street song to me.

My version of technicality is to be unique and unpredictable, without confusing the listener. Classical is completely intense and technically composed, but its purpose and direction is crystal clear when listened too. It just wasn’t created for the unskilled to pick up and play to like alot of the top selling crap.

The end result of complete cellular representation is cancer. Democracy is cancerous, and bureaus are its cancer. A bureau takes root anywhere in the state, turns malignant like the Narcotic Bureau, and grows and grows, always reproducing more of its own kind, until it chokes the host if not controlled or excised. Bureaus cannot live without a host, being true parasitic organisms. (A cooperative on the other hand can live without the state. That is the road to follow. The building up of independent units to meet needs of the people who participate in the functioning of the unit. A bureau operates on opposite principle of inventing needs to justify its existence.) Bureaucracy is wrong as a cancer, a turning away from the human evolutionary direction of infinite potentials and differentiation and independent spontaneous action, to the complete parasitism of a virus.

(It is thought that the virus is a degeneration from more complex life form. It may at one time have been capable of independent life. Now has fallen to the borderline between living and dead matter. It can exhibit living qualities only in a host, by using the life of another — the renunciation of life itself, a falling towards inorganic, inflexible machine, towards dead matter.)

Have the values of metal music changed from the early 90s? How, and what does it make you think?

The values in the music haven’t changed. The value in the industry and those with the power to help it grow has changed for the worst and most likely its demise if left in their hands much longer.

Those with the power to promote it don’t have the skill to write or create it, so they should do more listening to the direction of the musicians instead of trying to shape and mold the artist to what they think the world needs.

Breeding the Spawn followed a massively successful debut with an album that reached farther but seemed less complete as a vision. How did you learn from this, and how has it influenced your later work?

We learned that we need to record with who we wish to record with, and let the label take what we give them, when we give it to them. For BTS we followed the direction of our label which led to an unsatisfactory outcome that won’t happen again for Suffocation. We write record and produce our own. No one knows better than us what we are looking for so we’ve chosen to stay self contained in many aspects. 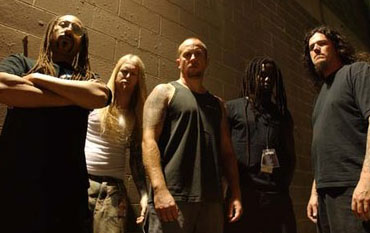 What influenced the choice of Latinate language and structuralist phrases in song titles and lyrics? (Epitaph of the Credulous, Anomalistic Offerings, Liege of Inveracity — a beautiful use of language)

The need to be different, unique, and think out of the box of most at the time.

On Despise the Sun, you mixed more fluid phrasing — fast tremolo strum, fewer hard stops — into what was otherwise percussive, or based on syncopated patterns of hard stops, music. What prompted this change and how have you developed this since then?

An unfocused Suffocation prompted the change. Some wanted to stay as is, others lost focus of our originality and chose to try and follow what was the trend. The band called it quits soon after.

Here are some revealing excerpts from an especially vivid hacker manifesto: “The Techno-Revolution” by “Dr. Crash,” which appeared in electronic form in Phrack Volume 1, Issue 6, Phile 3.

To fully explain the true motives behind hacking, we must first take a quick look into the past. In the 1960s, a group of MIT students built the first modern computer system. This wild, rebellious group of young men were the first to bear the name ‘hackers.’ The systems that they developed were intended to be used to solve world problems and to benefit all of mankind.

As we can see, this has not been the case. The computer system has been solely in the hands of big businesses and the government. The wonderful device meant to enrich life has become a weapon which dehumanizes people. To the government and large businesses, people are no more than disk space, and the government doesn’t use computers to arrange aid for the poor, but to control nuclear death weapons. The average American can only have access to a small microcomputer which is worth only a fraction of what they pay for it. The businesses keep the true state-of-the-art equipment away from the people behind a steel wall of incredibly high prices and bureaucracy. It is because of this state of affairs that hacking was born.

You’ve got a best of collection out on Roadrunner and two post-reunion albums that lead the subgenre of percussive technical death metal. Where to from here?

The new album is in the works. It is titled BLOOD OATH. We expect our first DVD to be out very shortly as well.

Then we plan to make only the right choices in touring and biz associates to ensure that we finally reach the level we truly feel we deserve to indulge in.

20 years has been long enough to prove that we aren’t an overnight success or a basement idea. We mean what we say, show and promote, and I dont expect it to change anytime soon.

Thanks for all the great music, and I appreciate your taking the time to answer my questions, as will our readers. Hope to see you on tour!

No doubt, no problem, take care.