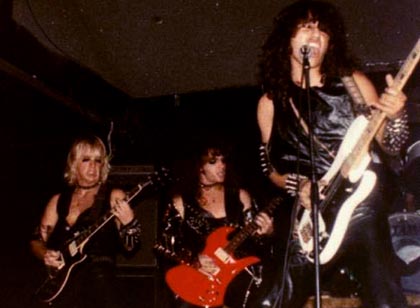 After hardcore made music harder and faster, speed metal upgraded heavy metal by mixing hardcore speed and aggression with the architectural riffs of NWOBHM, and downgraded the reliance on pentatonic scales in favor of minor-key complex riffing. The technique that defines speed metal is the muted strum, where the palm of the strumming hands rests on the strings, making a short percussive blast of distortion instead of a ringing chord. As a result, speed metal sounded like the machines of the 1980s: blasting like factories, rattling like tank treads and chattering like computers and their printers.

One thought on “Speed Metal”