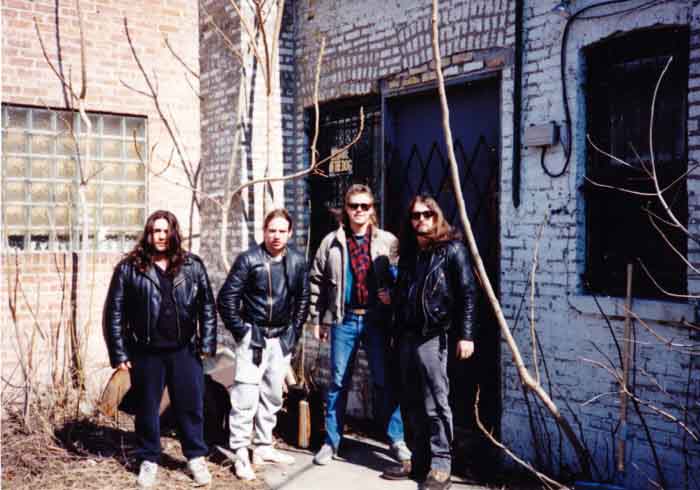 Master, Deathstrike, Funeral Bitch and Abomination: these are the four equally important parts of the Paul Speckmann legend, world-revered pioneer of the whole thrash/death movement. Having forged a longtime relationship with Doomentia that has already resulted in over a dozen lavish vinyl reissues, it felt logical to choose that very same label to, at long, last re-release the last two missing parts of that puzzle: namely, the two Abomination full-lengths originally released in 1990 and 1991, respectively.

As he confessed it himself later on, Speckmann “hijacked” Abomination, a band that initially bore a different lineup yet already featuring Aaron Nickeas on drums. At that time, Speckmann was still in Funeral Bitch, but he couldn’t help but notice Nickeas’ powerful drumming style, and the two of them started rehearsing in secret with former Impulse Manslaughter six-stringer Mike Schaefer. Yet after one demo (nicknamed The Red Demo) in ‘88, they both decided to focus on their partnership while keeping the name Abomination, leading to the recording of another demo (nicknamed this time around The Black Demo) and intense local activities. Right after, Schaefer was let go, only to be replaced by Dean Chioles from the future band Body Bag, who would go on to play with Nickeas, the band signed to a fledgling Nuclear Blast and recorded their debut in DKP studio in Illinois with eight freshly-written tracks.

Starting off the hostilities with a nearly eight-minute-long song about drug addiction (“The Choice”) wasn’t maybe the smartest move, but the band didn’t care. Abomination is a bona-fide classic, back when the frontiers in between thrash and death were still quite blurry, and all for the better. Yet, this is also where its creator decided to get the most verbal, spitting forth his wrath towards the corrupted system that enslaves us every day a little more. A must-have for all you Master fans out there, available for the first time in over a quarter of a century(!) on glorious vinyl format, with the original eight-song sequencing and with an insert containing all the album’s lyrics, courtesy of Doomentia. Cover and tracklisting are as follows: 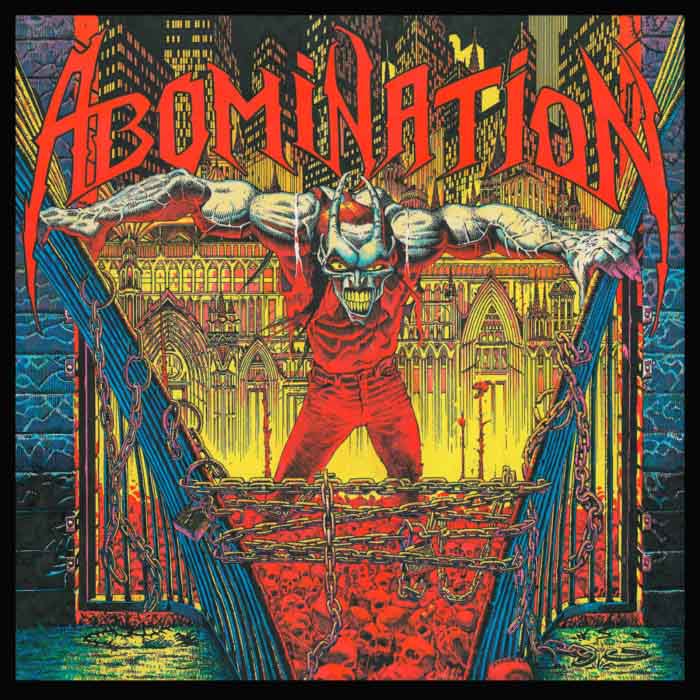 Recorded once again at home in Chicago at Seagrape Studios a year only after their debut, Tragedy Strikes saw Abomination in an even more pissed-off mode. Inspired by the recent Gulf War – or ‘Operation Desert Storm’ – opening track “Blood for Oil” makes it pretty clear that Paul Speckmann’s general distrust with society in general, and with the United States in particular, has only increased with time. A solid 15 years before he would choose these topics again with Master, Tragedy Strikes is probably one of the angriest and most political albums of his career. Disgusted by those politicians sending out their young soldiers to die for nothing (“Soldier”), drunk drivers guilty of hit-and-run (“Pull the Plug”), or the damages caused by our industry (“Industrial Sickness”), Abomination came up with an even more aggressive follow-up to its debut, yet one with almost a hardcore attitude and punch, without knowing there’ll be another eight long years before we’d see the light of Abomination again with the Final War EP. But that’s another story…

Like its predecessor, Tragedy Strikes is being made available for the first time in 25 years on glorious vinyl format, retaining the original eight-song tracklisting and with an insert containing all the album’s lyrics, courtesy of Doomentia. Cover and tracklisting are as follows: 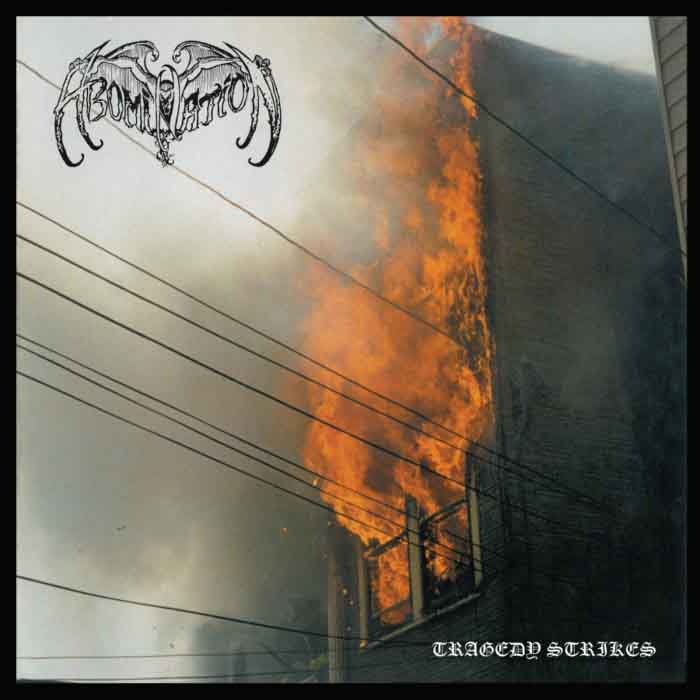 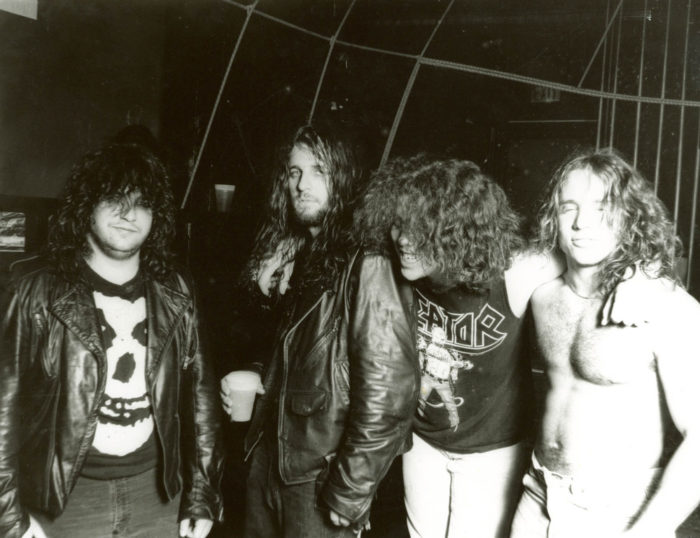