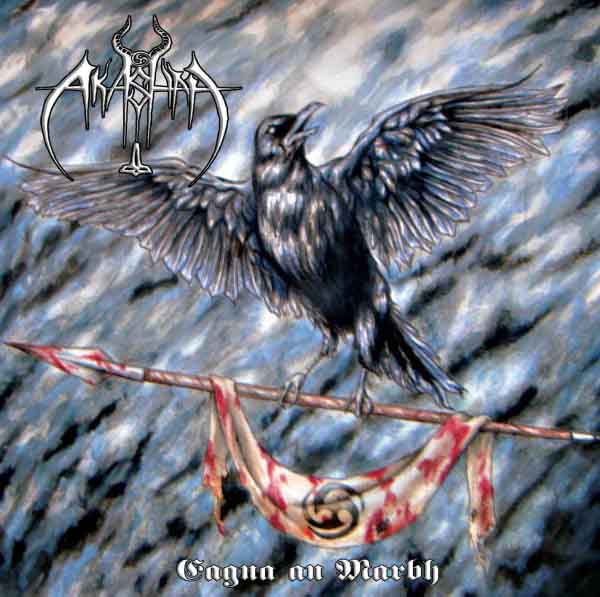 Akashah starts with Iron Maiden styled heavy metal and mixes in diverse influences ranging from the speed/death metal of Absu, the lengthy melodic passages of Dissection, the grandeur of viking-era Bathory, the odd grooves of 80s Gothic rock and the strange sad simple melodies of neofolk. Add to this choruses that are more infectious than Ebola on a bath house water fountain and you have the fundamental Akashah approach. Songs do not reach for unrealistic symmetry as bad music in the 1990s did, but find a catchy phrase and then expand upon it in a circular way that gratifies all of the emotional potential it has without delivery release.

The music that pours out as a result is sentimental like heavy metal but with the more advanced technique of putting energy into the riffs themselves and using them in a dramatic way. It approximates the narrative stream of newer death metal and black metal as a result, but the band clearly favors emotional moments — and this band is more outright and unconcealedly emotional than most bands on the heavier side of rock — and so goes back to a satisfying verse-chorus pair to hash that out, interrupting this loop to introduce tension with new riffs but not as frequently as might prevent a certain sense of being worn down by the listener. At times it resembles the black metal/heavy metal/doom metal hybrid of early Varathron in its riff phrasing. While the band writes excellent riffs both within known forms and of a nature entirely unique to themselves, songs follow the heavy metal format and so do not vary internal riffs as much, which leads to a loss of inertia on some of these longer songs; in addition, some melodies are too evenly balanced which creates overly-symmetrical phrases paired to repetitive vocal rhythms that are too obvious or too complete, giving the songs a jingle-like nature.

Inevitably, people will compared Akashah to Absu: the same speed metal infusion into heavy metal marks the heavier riffs on this album, as does the reliance on what feels like Celtic or central European melodies with insanely catchy choruses. Moments on Eagna an Marbh compare favorably with the best from black metal and heavy metal, but this album badly needs an edit to keep from feeling repetitive and to develop some of these ideas outside the chorus cycle. Nonetheless, there are riffs on this album that show up nowhere else and many moments of fine songwriting that, if properly channeled, could make for an A-level metal album.