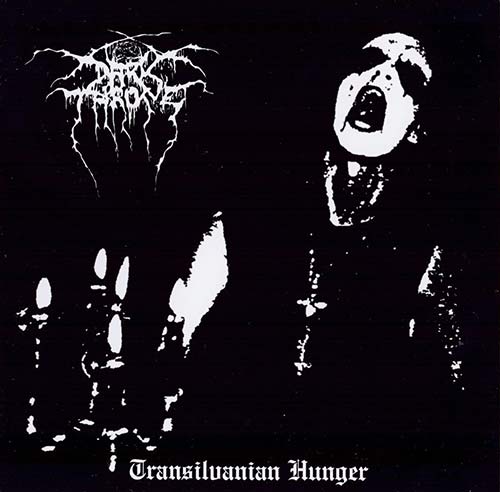 With the arrival of A Blaze in the Northern Sky, Darkthrone presented a new musical evil with the help of a new visual evil. The first four of Darkthrone’s black metal albums depicted a sole band member in a state of aggression, triumph and/or despair, in black-and-white photos stripped of all decoration, reflecting the intentionally unaesthetic music of the band. 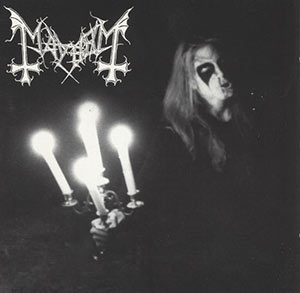 This minimalist approach culminated both visually and musically with Transilvanian Hunger, showing a photocopied, grainy picture of Fenriz dehumanized beyond recognition, holding a candelabrum and presumably screaming his lungs out in the night. Some of its appeal lies in its ambiguity; feelings of futility, anger and power are intermixed, widening its significance.

Although Darkthrone’s visual idea was immediately inspired by Mayhem’s Live in Leipzig, its monochromatic, Xeroxed quality also has an eerie resemblance to Black Sabbath’s Vol. 4 from twenty years earlier and its anguished enigmatic quality to Edvard Munch’s The Scream even further back in history. The parallel is not entirely farfetched: it echoes the troubled mind of Fenriz himself, who reportedly loves art that comes from “the exhaustion of easy life”. To black metal fans the Transilvanian Hunger cover is presumably the one archetypical image of what “necro” signifies, much like The Scream is still very much considered the face of existential anguish. 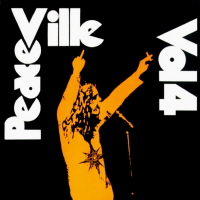 The “necro” imagery, however, may have been unintentional: In Precious Metal: Decibel Presents the Stories Behind 25 Extreme Metal Masterpieces, Fenriz asserts that mere photocopies from the TH photo session were the only thing he could find at the time to send to Peaceville Records, implying that the same picture could have been reproduced in a more polished fashion. But it doesn’t seem entirely unlikely that the use of a photocopy was inspired by Peaceville’s 1992 compilation album, Peaceville Volume 4, spoofing both cover art and title of the famous Black Sabbath album mentioned above and containing one of Darkthrone’s pre-TH songs, implying that the use was deliberate after all. (Rabid speculation is any fan’s right, right?)

In any case, the cover of Transilvanian Hunger effectively summarized its music by a single iconic image and was later emulated by hordes of lesser bands and is to this day worn on t-shirts by serious music lovers and the occasional hipster alike.