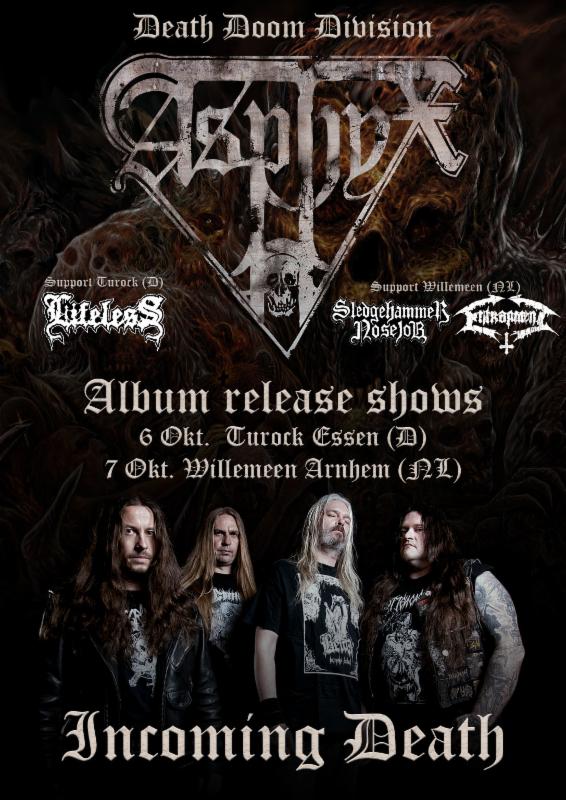 “Incoming Death was music-wise composed in perhaps 10 minutes when Husky and Paul were checking the sound in the Perle am Rhein studio for the flexi recordings. When we all freaked out on it, we knew we had the title track for the album. It’s so typical our ASPHYX death metal style. Straight forward, no nonsense, three riff, in-your-face death metal. Not that we were looking for a title track that would be in the tradition of ‘Death The Brutal Way’ or ‘Deathhammer’. It just came out like this. It’s a damn neck breaker to raise hell to when playing live and that’s why the choice for the track was only natural. Stanza, chorus, repeat, bridge, stanza, chorus, end. That’s how it’s done. On Instinct. Lyricwise three times death and gore by plague, aliens and zombies. And some metal beasts are even shorter than two minutes! So grab a beer, bang that head and scream along. This is fuckin’ ASPHYX and we always deliver the goods!”