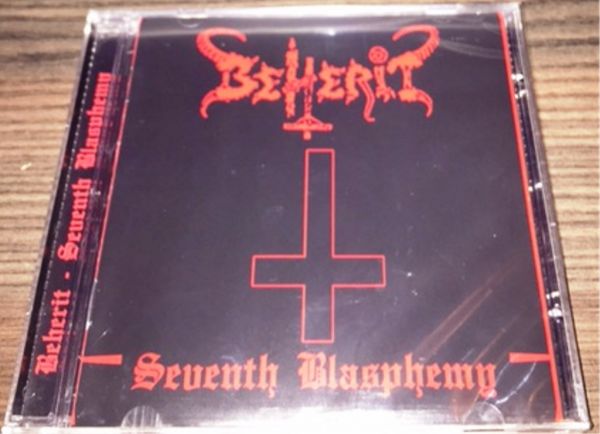 The CD may be ordered here from the label:

After 27 years NHV & BEHERIT in partnership with Brazilian Ritual Records decided to reissue one of the most evil demo ever released for all times. The result could not be better: high quality of audio (originally Tascam 4-Track recorded now digitally copied from the original C-cassette) and photos never seeing before. All real maniacs will be able to breath the primitive and pure old school black metal from 1990’s.
Ultra-limited to 500 CDs, 100 Tapes and 300 LPs, this piece of pure primitive evil is dedicated to all real die hard maniacs around the world.. Let’s keep the black flame alive!!!
All in Satan!!!