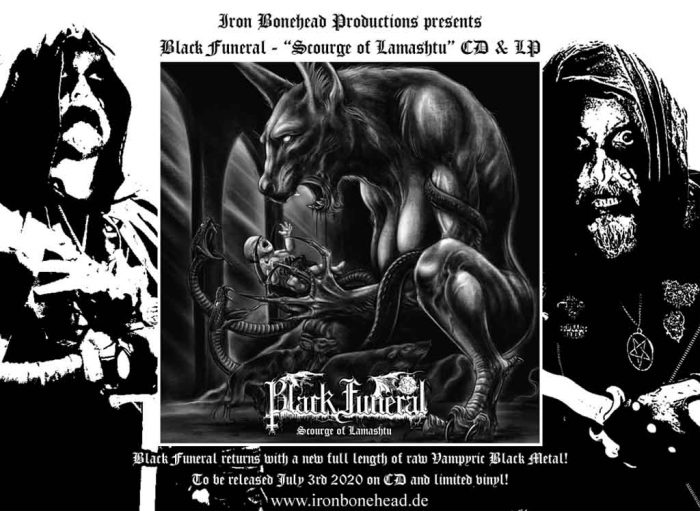 The label has released the following statement regarding the upcoming album:

“Kassaptu Lemuttu” sees Black Funeral attempting to fuse their ambient and atmospheric dictum with their developing identity as a melodic black metal act as exemplified by the work on their previous EP, The Dust and Darkness. Experienced listeners will find much here that is familiar, yet well executed and expressive.