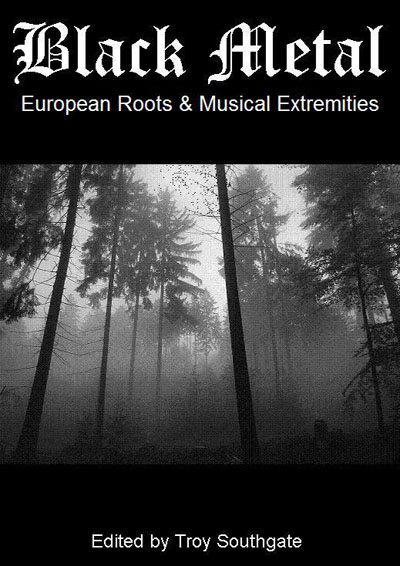 From the snow-covered environs of Norway and secluded graveyards of England to the dark forests of Germany and remote woodlands of Poland and Ukraine, an unstoppable Black Metal beast has dominated the extreme end of the musical scale for more than two decades.

Black Metal is an aesthetic, an emotion, an attitude and, for many, a way of life. Exposing the inner workings of your delicate eardrums to unbridled screams of primeval fury, an unending torrent of galloping rhythms and indomitable wall of buzzing guitars is like being thrown head-first into the whirling eye of a chthonic vortex. Black Metal can be disturbing, invigorating, provoking and empowering. One persistent and enduring image that is often associated with Black Metal is that of semi-comedic corpse-paint, futile church-burnings and Satanic ritual; but the genre itself can often take on a decidedly political and cultural form and many of its exponents have controversial views and opinions that are frequently overlooked by the commentators of the underground music industry.

We aim to examine some of those tendencies in Black Metal: European Roots & Musical Extremities. Ever since Varg Vikernes was courting media headlines for all the wrong reasons, Black Metal – like a fine wine, perhaps – has matured a great deal. The steady process of counter-cultural ripening has led to the formation of various sub-genres, among them Viking Metal, Progressive Black Metal, Blackened Death Metal, Symphonic Black Metal and National Socialist Black Metal.

So whether you like your Black Metal traditional and ground-breaking like Venom, Bathory and Hellhammer; raw and brutal like Mayhem, Emperor and Immortal; slick and polished like Cradle of Filth, Dimmu Borgir and Old Man’s Child; or politically controversial like Graveland, Drudkh and Absurd; this book is for you.

Signed copies of Black Metal: European Roots & Musical Extremities are now available to pre-order. The book will be around 200 pages in length and costs just £15 with free postage to anywhere in the world. The Paypal address is: