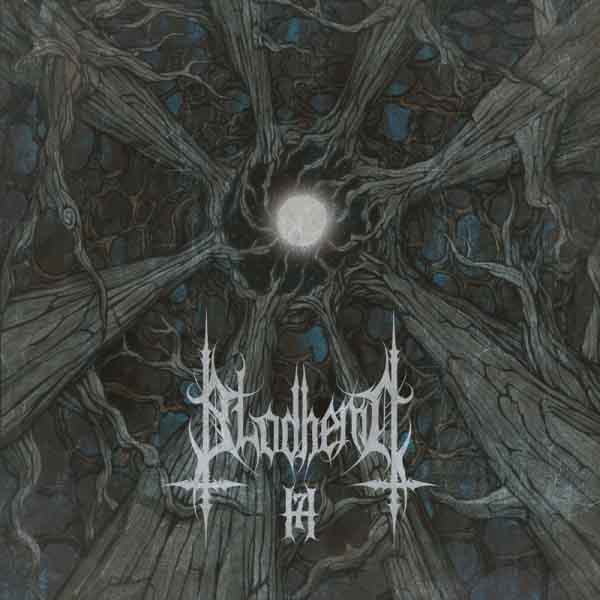 Black metal surrendered to a farce back in the mid-1990s. This farce took the surface ideas of black metal and used them to enclose the same old crap that rock music had been passing off for at least two decades at that point. Blodhemn resurrects those glory days with an album that is not just random, but boring, and completely pointless.

H7 consists of songs about songs. That is, these are songs written by someone listening to black metal and trying to make a version of that, instead of attempting to understand the cause-effect relationship that pushed Norwegian musicians in the early 1990s to create some of the most epic and interesting music that heavy metal has ever seen. That is not to say that this album lacks moments of interesting riff, or transition, but that these things are put together into a package that drones through repetition and “unexpected” expected changes, linked up with riffs that are boring because they are predictable.

In these songs, careful attention to what black metal bands did in their glory days shows through in a penchant for certain dramatic riff types and transitions. These do not make the song, and frequently Blodhemn introduce a promising start then take it nowhere, either dropping into paint-by-numbers riffing or the post-Ulver carnival style where riffs do not relate to each other but provide “contrast” which ends up producing a song devoid of emotion or anything else that requires consistency, development and purpose. Vocals fit the trademark late-90s Norsecore rasp and many of these riff archetypes come from the proudest moments of Satyricon and Darkthrone. In particular, percussion shows a diligent understanding of how Fenriz produced a throbbing intensity of sonic force that swept listeners up into its mystery.

Unfortunately, no amount of doing the parts right can save H7 from its destiny, which is as a summary of the techniques of black metal without delving into the content that those bands labored to provide. As a result, even when promise emerges, it soon becomes lost in the flow of random and pointless activity. Blodhemn and H7 are good things to avoid, unless you really adore tedium and bootlicking.