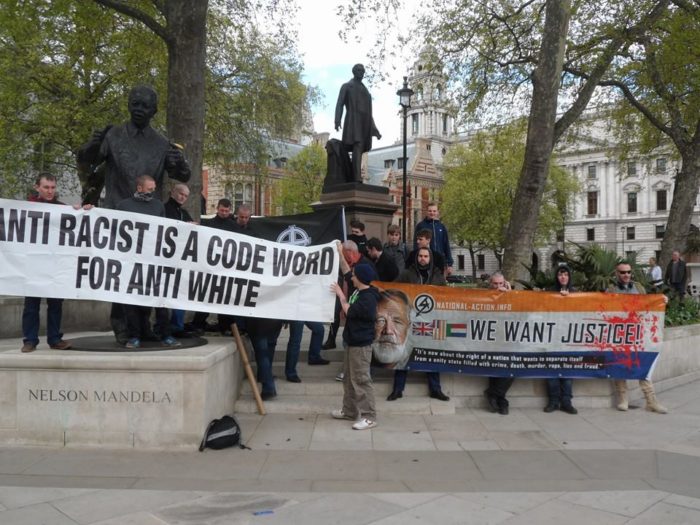 The UK government’s proscription is hypocritical given that hundreds of Islamist groups praying for the destruction of Western civilization and organizing attacks against it remain free to organize. Hundreds of mosques in the United Kingdom call for destruction of British society and the replacement of common law with sharia derived from the probably falsified utterances of a probably epileptic pedophile. Hundreds of thousands of Islamists have walked the streets for decades, organizing crime, terrorist attacks, seditious plots, and sexual slavery.

Known affiliates of well-known terrorist organizations like Al Shabab, Boko Haram, and the Muslim Brotherhood have walked free and continue to do so for decades. The blind fundamentalist imam and terrorist recruiter Abu Hamza al-Masri was allowed to preach death to the occidental world until 2004, well after the September 11th attacks. The United Kingdom openly welcomes investments from Saudi Arabia and the Gulf states, whose state clerics print and promulgate Salafist fundamentalist materials inspiring terrorist attacks and groups the world over. The private citizens of these petrostates remain the world’s most significant sponsors of terrorism.

What would a state not emasculated by the liberal social narrative it force feeds its citizens do if fifteen out of nineteen murderers of almost three thousand civilians were from one state? What if there murders were under a group inspired by the violent theology enforced at point of death by that state’s clerics?