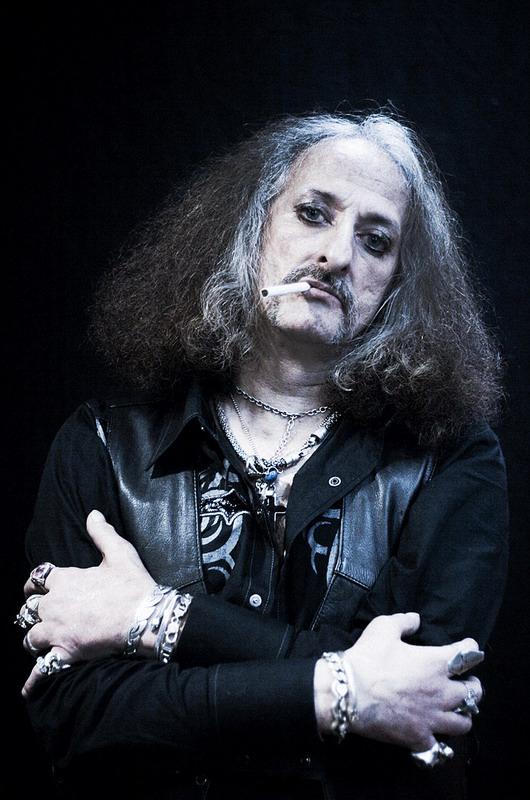 Former and probably current crack smoker Bobby Liebling of long running stoner rock, pseudo-metal band Pentagram was arrested for apparently assaulting his elderly mother, causing him to be dropped from Pentagram’s upcoming European tour. Liebling famously was filmed smoking crack in his elderly parents’ basement in suburban Maryland for the Pentagram documentary Last Days Here. Liebling’s drug problems and abhorrent personal behavior have long sabotaged any chance Pentagram may have had at creative of commercial success.

Pentagram have spend decades phoning it records 1960s rock style with a few energetic 1970s hard rock songs in the vein of Deep Purple amidst eight more tracks of stoner idiocy filler similar to the drug-fueled jam session B-sides of Cream records only lacking any sort of instrumental virtuosity, creativity or talent. Death Metal Underground hopes this arrest finally leads to the band breaking up and fat bearded hipsters everywhere to whine to their friends while chugging Pabst Blue Ribbon and Wild Turkey. Hopefully everyone involved in this mess will contract hepatitis-C from sharing intravenous drug or tattoo needles.

The worst thing that could happen from this European tour is that after Liebling is released from prison, he fires his entire band that went on tour to fulfill the band’s signed contracts without him. This happened to the Leprosy and Spiritual Healing line-up of Death when Chuck “AIDS victim” Schuldiner bitched out of a European tour with Pestilence: the rest of the band went on tour without him, and the fired them all when they returned to the United States. The fired members reformed Massacre and released From Beyond before imploding. Liebling being arrested could give idiot hipsters hope of a new comeback with a sober Liebling and a new lineup eventually. Hopefully that will never come and the band and their hipster fans will permanently disperse like primitives charging a machine gun like the end of Zulu with Michael Caine, a film that is more enjoyable to watch and pay half attention to than any of Pentagram’s lame albums.