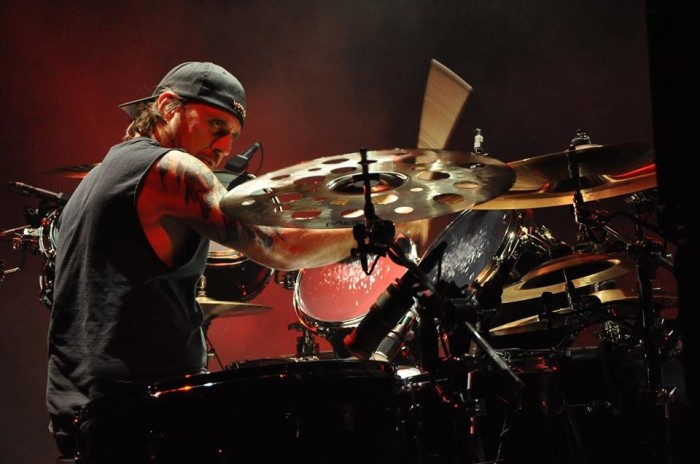 In other news that beats trying to explain why My Dying Bride’s latest LP is a borehole and a psychic drain (more on that later today if all goes well), Dave Lombardo of Slayer fame has started a hardcore punk band, adding to his already substantial roster of projects. Besides Lombardo, Dead Cross also features Justin Pearson from The Locust and Retox. If the band’s lineup and announcement on Vice are any indication, Dead Cross may take more after modern hardcore punk and metalcore than older substyles of the genre. If you particularly need to hear members of Slayer performing classic hardcore punk, there’s always Slayer’s Undisputed Attitude, although Lombardo was out of the band when it came out in 1996.