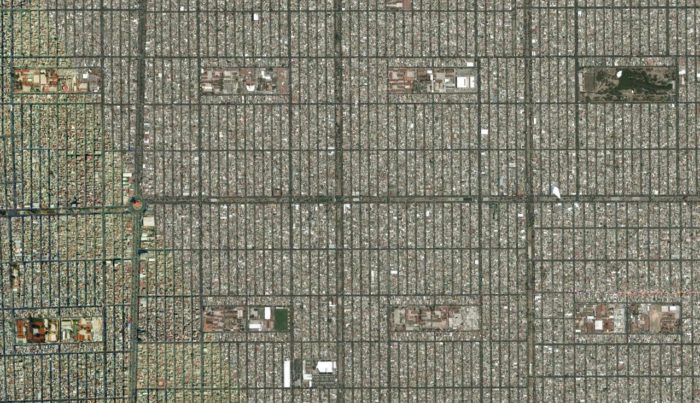 Then he yanked the tablecloth taught in one corner, as he had learned many years ago. His fingers fussed through the floral arrangement at the center, weeding out a few weakened leaves and dried baby’s breath flowers.

Looking diagonally across the table, he began the small adjustments. These — he thought — provided most of what was central to enjoyment of the meal, which was like the surface tension of water an unbroken illusion of utter control. Everything must appear deliberate.

He guided his actions with the ancient Chinese principle of feng shui. Its basic concept was that there should be a visual flow between objects that both conveyed purpose and allowed a sense of choice, so that people felt simultaneously relaxed and instructed in what they must do, therefore confident in rote procedure. He moved wine glasses, forks, and plates until perfect symmetry was achieved.

In the corner, she groaned.

“Shut up,” he said, and returned to arranging. Too much perfect alignment ruined the illusion; the dinner must appear hand-crafted and verging on artisanal, which requires a casual touch, an inflected insouciance or cultivated carelessness, like all the good art had. To make it look effortless. A great meal began with a table that had excellent visual flow, but also an organic wildness. He moved a glass.

Part of his method involved the third wine glass. He believed, as did all the best chefs in Europe and America, that one wine glass was used for the meal, but after that, it must be removed as soon as possible and replaced with the after-dinner glass, so to separate the experience of the meal from the unblemished flavor of the wine afterwards. The third glass stayed in the kitchen for the cook as he prepared his masterpiece.

And what a masterpiece it would be. In the oven, a garlic-infused bacon-wrapped leg roasted under a spice mixture of paprika and coriander. Another leg had been filleted and braised in butter, green onions and shallots with a light red wine sauce. Hands, pan-seared and now lightly simmering in a lobster sauce, were destined for a risotto which would complement the centerpiece of the dish, a large liver encrusted in black pepper and slow-roasted in a vinaigrette of balsamic vinegar and white wine.

After using his portable digital thermometer to measure the temperature in each cooking receptacle, wiping it down between uses with a 400-stitch cotton handkerchief, he walked back into the dining area, drinking a medium red from his cellar. The third glass was smeared in sweat, blood and paprika.

In this world, there was no justice. Societies were like boats on a river, he thought. When heading upstream, every stroke was against the current and pushed the boat forward toward its destination; when heading downstream, strokes were used against the current to keep it from carrying the boat away and smashing it on the shoals. In a downstream time, one must know the proper way to set a table and present a final meal.

The table looked just as good to him in that moment as it had when he had arranged it minutes before. He knew how important the order of service was as well. First, the presentation of the water, cold and pure. Then some time for the ambiance of the room to accustom to the new patrons and they to it, and a waiter must appear — not walk over, but invisibly approach and then pop into view — with the wine list. And then the ceremony of choosing the meal.

Like so many things, it was invisible if done perfectly, but there were infinite ways to screw it up. Uncountable choices that could ruin the illusion, and have it all fall apart. The diners would become aliens to one another, petty and spiteful. The cook would lose heart, and begin treating the elegance of excellence as lip-service, and treat the finely designed meal as if it were hamburger.

He shuddered at the thought. The deconstructed woman across from the table groaned again. It was about all she could do at this point, since her limbs and most of her internal organs were already in the kitchen. But she had reminded him: the sausage!

With a mincing walk and wispy gestures, he made his way to her side. The blue eyes flickered open, both terrified and resigned in the way someone who has been through so much pain that only numbness remains can be. “I need to borrow your intestines,” he said, and giggled with a high shrill and disturbing laugh.

The eyes closed, if nothing else, to spare her the indignity. He propped them open with toothpicks and began to saw through the lower abdominal wall, removing strips of meat and belly fat. These, along with the spleen and gizzard and stomach, would go into the sausage with any of the incidental meat, including the now absent buttocks. He was careful to cauterize each wound in order to prolong the experience for her for as long as possible.

A civilization is like a fine meal. The illusion must be preserved: the glasses must not just be clean, but crystal-clear; the food must not be on time, but at the moment before it was needed; the servers must be ever-present but never noticed. A million and one details come together to make a meal perfect, and anything but perfection is failure.

Finally, he unstrung the intestines, pulling them out of the cavity and running them between his fingers to remove the undigested food and, in the lower intestine, feces. It went into a bucket next to her head and the stench overwhelmed her, and she vomited. He tittered. He was going to take the stomach next anyway so soon this would not be a problem for her. It was kind of her — no, noble, he corrected — to empty it for him.

He patted her blonde head, leaving behind small traces of blood. The eyes slowly opened again, the slow motion of someone who has lost vitality. He gave her a quick smile, his “professional smile” that he used when encountering difficult people at the job or in line at Albertson’s, and then with surgical precision removed her rectum and anus. These would be used to make a broth for the shitake and prawn bisque that would be the first thing a diner would incept at the meal.

She moaned again, a jumble of broken harmonies that sounded like the wind moaning, “Why?”

Why. He put down the scalpel and sighed. “You people. That is all that I can say in summary: you people. Someone ruined this society, and it was not people like me, the thoughtful ones. In every generation of humanity, there are a small number of people who contemplate, think and change course. The rest just blunder on, insulated by social bravado and obliviousness, deferential to their peers so that every action they take is approved of, whether it works or not.”

“You people have brought every horror upon us. Every racial animus, religious intolerance, snooty and sneering superiority complex, all of the pointless world wars, and with your lust for social status and money, you have made us all hamsters on the wheel of finance. You were from the thoughtful group, but instead of upholding fairness to all peoples, and treating other races and religions like your own, you insisted that all follow you in this path to doom. You not only failed to stop the decay, but you embraced it, for your own comfort, like Romans dining on fine meals as they watched the fires of barbarians at the gates.” He pushed some hair away from her eyes.

It must be a shame. That is, he intended it to be a sense of great loss, a tragedy so profound that there were no tears, only a sense of having been blanched and frozen in time. He remember it from a woman who lost her husband in a train wreck because the CEO, himself born to a man with no education whose job had been the most menial laying of track, had cut costs from maintenance in order to pump them into advertisement. That CEO lived in a big house by the river now. The woman seemed to stop in time, like the moment in a stall before a plane begins to drop, and sat down quickly, channeling all of her energy into being able to breathe. It turned out that, unlike what most people would admit to in public, she had actually loved her spouse, and she passed on in turn a year later, whether from broken heart or liver he could not tell.

“And now,” he said, taking a sip of his wine — not all bad, he thought, but surely not the best Argentinian vineyard he had encountered — he continued, “Your society has failed. It still stands, repeating the same things it has done since the dawn of time. You still have banks, operas, famous legal cases, industry and government. But they are all hollowed-out versions of themselves, ineffectual and done merely for show. This is why you can see it in the details. Every year, every little thing is that much lesser than before, lesser in quality. The illusion has faded, and you are no longer a whole society, but a collection of stuff on a table that once had a relationship that formed something bigger than its parts. Now, you are just parts. Parts.” He giggled again.

He went back into the kitchen moments later, his face crossed in linear splashes of blood. She had writhed magnificently as he removed her vulva and vagina. It incensed him when people used improper terms for these organs, although he had no use for them, having known since fourth grade that he was oriented in a different direction entirely. He remembered the first group shower, a wonderland to him, followed by the crushing shame of realizing that if any of the other boys saw his erection, they would turn from creatures of grace and light to snarling hyenas or wolves, and attack as a pack the one who broke the illusion.

The vulva — the outer lips — was rolled in flour and iced butter and deep-fried, then placed inside the vagina, which was a tube of delicious muscle, which had been lightly steamed in an infusion of carrot and morel. Then he covered it all with an ichor of wine, vinegar, honey and ginger. Chives decorated the outside of the floral presentation of the fluted meat-tube. The thin slices of vulva, crusted in soft flaky dough, poked through like the first sunny day of late winter would push aside the grey clouds and take the earth.

I am the victor. No one will be victorious. All has fallen, and it is her fault, her people’s fault. But at least there will be compensation in the form of this meal. Not for my loss, as it is too great to measure, but for the loss of my sanity on this day alone. In a time of civilization-death, only the insane can remain sane in the insane world. And so I choose, rather than to break myself on the wheel of social hypocrisy, to go to the Dark Side and retain my integrity.

He lifted the wine glass and took a first sip. A deep, red Bordeaux finely aged in a cask of the most gentle wood. He could just about smell the rolling French countryside, full of simple people who labored on as their great-grandfathers had done, oblivious to the doom crashing in on them from all angles. He stood up, went to the kitchen, and brought in the first course on a tray covered with a metal dome. Her eyes closed. He giggled.

As all else has failed us, let Death feast.