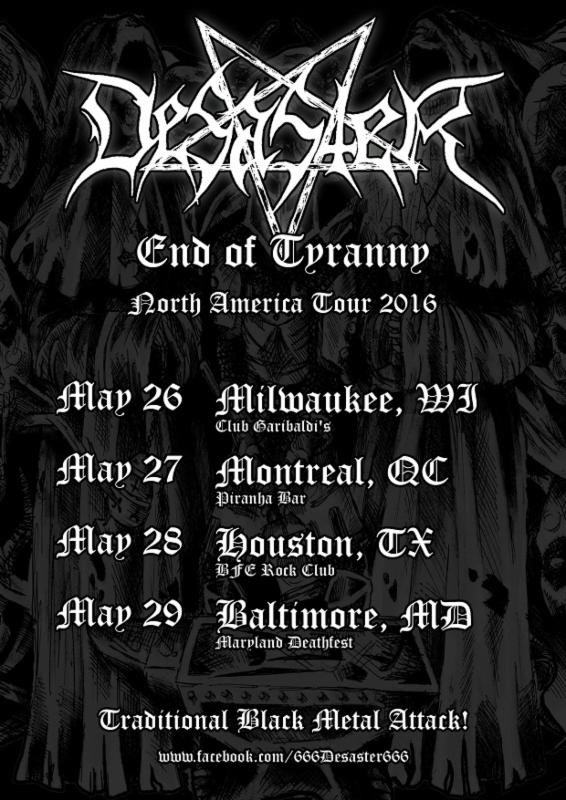 German blackened thrashers, DESASTER, will return to North America later this month for four special performances. Featuring the band’s first Canadian show, plus an appearance at the Maryland Deathfest, these rare appearances are not to be missed.

“Maniacs, we are proud to be back in the States soon,” comments the band in a collective statement, “Headbangers in Houston, Milwaukee, and at the Maryland Deathfest, be prepared for a German black thrashing riff metal attack! And finally we’ll play our first show ever in the land of mighty Razor, Anvil and Infernal Majesty: Canada! Aarrgghh…See you at the bar! Bang or be banged!”

DESASTER will be touring in support of their new album, The Oath Of An Iron Ritual. Featuring, “…ten vicious jams…that will even have the dead head banging in their graves…” (CvltNation.com), The Oath Of An Iron Ritual gives fans a barrage of uncompromising metal, that’s been perfected by the German quartet over the last twenty-seven years. To preview and purchase the latest from DESASTER, visit: metalblade.com/desaster.