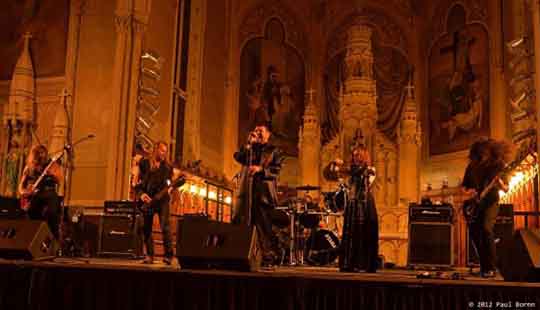 Earthen Grave, the band’s debut, has been re-issued as a double-CD or double-LP on the Ripple Music label, appearing in stores and online on July 9, 2013. The completely re-mastered debut release now contains a new song, “death is another word….” with drummer Chris Wozniak (formerly of Lair of the Minotaur).

While Earthen Grave has not gotten the overflowing press attention that has accompanied many other doom metal bands, this band offers more of a pure older-school feel to its doom metal, and does not pander to the me-first mentality that many people want to hear in their music. The result is pure bleakness and self-negation that periodically rocks out and then launches into a series of musically erudite solos. As a result, Earthen Grave may appeal to the musicians among us first, and later spread to the rest of the metal audience.