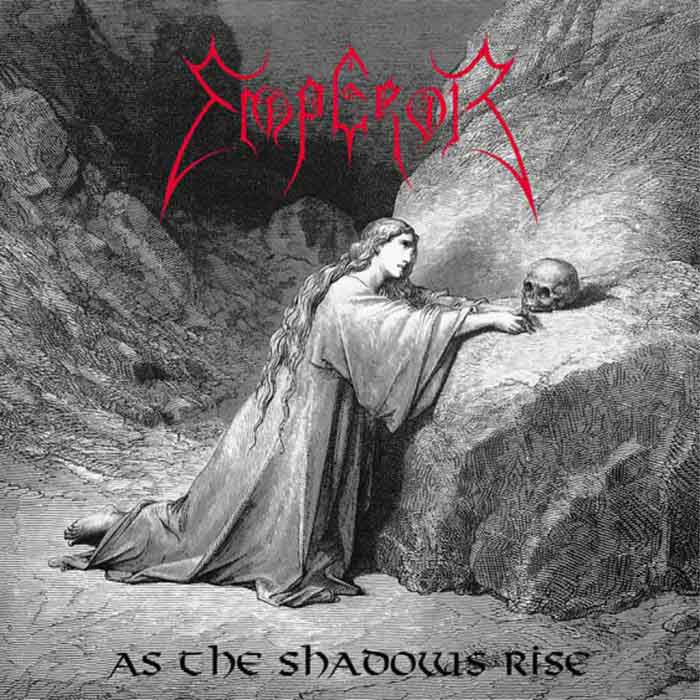 Leading up to what would become In The Nightside Eclipse, the re-recorded EP — featuring songs from Wrath of the Tyrant — As The Shadows Rise showed the introduction of digital keyboard “symphonic” instrumentation and greater contrast in the technique applied to their morbid but oddly sentimental and pastoral work.

Now re-released by Hammerheart Records, As The Shadows Rise comes as a picture LP and can be found at the pre-order page.