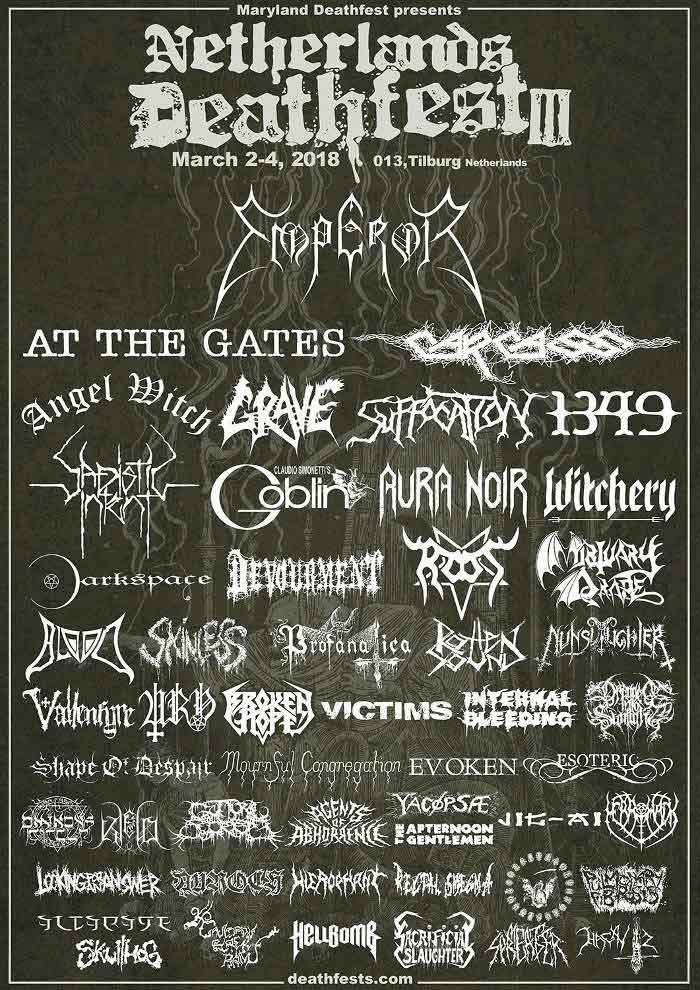 Emperor are headlining the 2018 iteration of the Netherlands Deathfest to be held in Tilburg from March 2nd through 4th.

There is no word yet if Emperor’s set will be confined to strictly Anthems to the Welkin at Dusk as on their recent tour this year. Hopefully Emperor will play their exemplary material from Wrath of the Tyrant, Emperor, and In the Nightside Eclipse before Faust and Samoth were imprisoned. Tickets for the festival are available here.