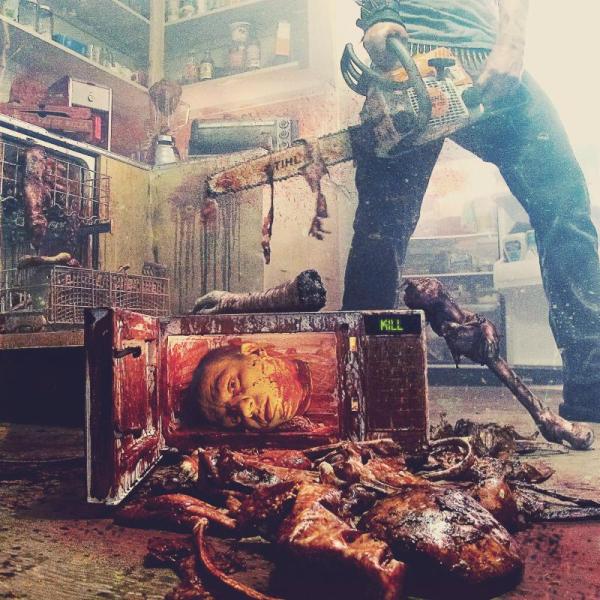 Exhumed released its debut of Carcass-influenced bouncy death metal, Gore Metal in 1998 with a bounty of crepitant grindcore riffs and death metal surging power. Almost two decades later, Exhumed returned to the studio to re-record its first album as Gore Metal: A Necrospective 1998 – 2015, which will see release this February via Relapse Records.

Thanks to increased musical proficiency through years of recording and better technology, Exhumed promises a bigger-sounding and more intense version of the debut. Vocalist/guitarist Matt Harvey said, “I’m super pumped that we got the chance to re-record Gore Metal. I don’t think any of us were happy with how it turned out the first time around, so getting another shot at it meant a lot to me personally. I was also really excited to have our old friend Ross Sewage reprise his vocals on the new version, ensuring that it still sounds like that era of Exhumed, though things are a lot more audible this time around!”

As a precursor to the release Exhumed will tour North America after their current European tour alongside Aborted, Origin and Miasmal. With co-headliners Napalm Death and Voivod, Exhumed will launch their tour on January 27th in Miami and continue to a final show on February 28th in Houston. Additional support will be provided by Iron Reagan and Black Crown Initiate with Ringworm, Dayglo Abortions, Theories and Phobia to appear on select performances during the tour.