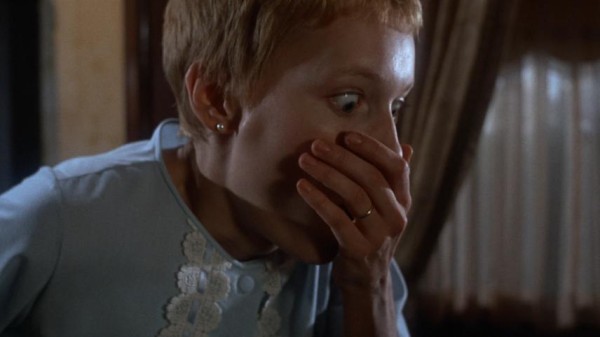 One of our readers sent this in, and in the interest of exposing our readers to alternative religions and expanding all of our horizons and being open-minded, we present this manifesto:

Bathed in the Black Sun – An Initiation

Welcome to the gateway of The Grotto of the Ibex Glade, a group of Satanists that celebrate the entropic gift of life for its own reason alone. Here we have a conglomerate of positive humanistic convictions that we assert, but in respect of the individual reserve for suggested option to our members. Our primary goal is distinctively humanistic, in that we support the isolate, psyche-centric convictions and growth that covers all domains of the individual. Such love for freedom has been damned by religious organization, within and without, for too long of a time. Though our philosophical meta-theology may cover a portion of needs, the way of Satan will always boil down to the elemental responsibility of yourself to yourself.
I would refer to our specific branch of Satanism as “Atavistic Satanism,” in that we oftentimes revert to our ancestral roots of the Black Arts. We launch from a paradigm that is paleo-Pagan in approach, since Satan is far older than the Christianity and Judaism that we all know so well. Throughout the ages of man, the adversary has been the nucleus of all mythic tales that revolve around the will of man breaking the bonds of tyranny. Since reflexively we can judge that the organized structures of man are counter-stratified, rewarding the least merited with wealth and hierarchy, we can view the adversary, and its effect on man in a purified, atavistic sense within the context of these tales- the maxim of elevated mythic study has always viewed the trickster as the culture hero. A full etymology would be inappropriate in this introduction, therefore we will reserve that for a separate piece of writing.
The world was born from the primal soup of the chaotic void, and before the orphic cosmogenesis of the cross-cultural creation, it was this power, this Dark and Balancing Force of Chaos that is Nature that called itself into order- and for what purpose? Satanism is concerned with life. Life itself can loosely be defined as movement, going against the grain and flux. The heart pumps the blood, and the neurons fire in the brain – we can observe life. Satan is life, and Satan is death. Satan is the Dark and Balancing Force in Nature. Therefore, we as Atavistic Satanists actively work to destroy all useless and programmed philosophic binaries, including light/dark, good/evil, life/death. We all must share in the experience, since death is a process in life – it is unavoidable, and therefore not separate.
The Grotto of the Ibex Glade relies heavily on the writings of Anton LaVey, specifically with The Satanic Bible being our primary doctrine. The reason we are not affiliated with The Church of Satan is because the atmosphere and scene in the Church of Satan has changed with nearly every decade, in that its original purpose seems too far different from its current approach. We however do not discourage membership in the Church of Satan. We are highly appreciative of its historical function, and recognize many figures in its priesthood, including its current High Priest, as highly intelligent, influential key-players in the culture of Satanism. We do not restrict dual-membership with any other group, inside or outside of The Grotto of the Ibex Glade. This is a cabal of like-minded elites that are courageous enough to view life as the great adventure- which is the self-identified function of the trans-folkish culture hero- Satan.
We refuse to subject our members to masonic degrees of recognition. A simple, uncomplicated admission of nature and man’s cooperative office is all that is necessary to view Satan within a favorable light, cogniscent or not of its symbolism. We offer a Left-Hand Path oriented program of a heavy occult praxis, in active and passive currents. Though our system is influenced by Kabbalah, the Thelema of Aleister Crowley and the Witch Cult of Western Europe, we are uniquely and unabashedly Satanic above all other adjectives in magical expression, regardless of how hermetic and pagan our theology goes.
Our teachings come free, and at no cost other than your own willingness to dedicate yourself to the Left-Hand Path. By following the Left-Hand Path you are by proxy serving yourself and mankind as a whole. If you’d like further information of how to get involved, contact the Satanist who has been assigned for public relations in your geographic area listed below.

In his spare time, Sig Laufey Jarson composes for Bacchanal: