Wading through the endless memes and cat pictures on social media can unearth some interesting news.

Mike Browning has long been a lone voice correcting the happenings of Morbid Angel after he left the band. For many people there is confusion about the status of the Abominations of Desolation album. Most fans that have followed Morbid Angel have heard that it was just a demo recording, but Mike Browning has always stood behind the notion that it was intended to be their first full-length. According to Mike Browning’s Facebook page he was recently barred from a nightclub over David Vincent’s wife assuming that Mr. Browning initiated a smear campaign against Morbid Angel, which seems very unlikely. Morbid Angel started their own smear campaign on themselves by releasing Illud Divinum Insanus. 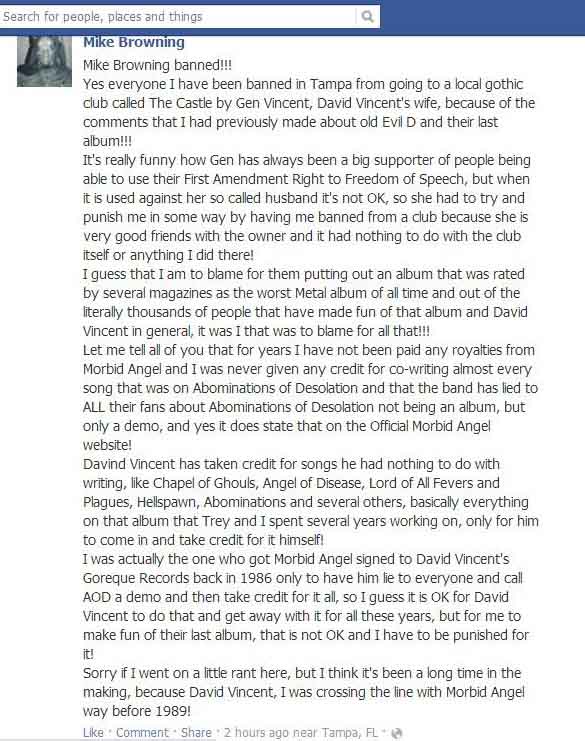