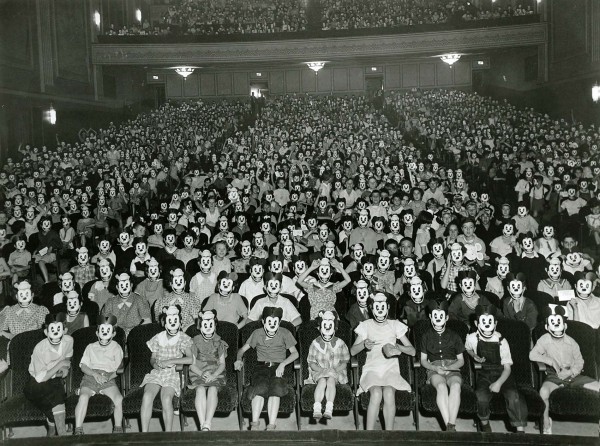 The Atlantic’s CityLab writes how [heavy metal, the] music of disillusion and despair is, strangely, biggest in countries with very high quality of life:

Heavy metal is a strange case, then. The music sprouted originally from working-class kids in economically ravaged, deindustrialized places like Birmingham, England. Even today, it seems to be most popular among disadvantaged, alienated, working-class kids.

But take a look at the map below, which I wrote about two years ago, and have been thinking again about over the past couple of months. It tracks the number of heavy metal bands per 100,000 residents using data from the Encyclopaedia Metallum. The genre holds less sway in the ravaged postindustrial places of its birth, but remains insanely popular in Scandinavian countries known for their relative wealth, robust social safety nets, and incredibly high quality of life.

This should surprise no one. Heavy metal is not a reaction to external physical challenges like poverty, but a reaction to cultural decay. It exclusively arises in industrial societies, as did punk, because our problem is not that we do not have options but that we — in the view of these artists — picked the wrong options. Heavy metal is music of internal criticism of a society that believes it has lost sight of life itself in the midst of its own opinions, economics and other proxies.

As written in The Heavy Metal FAQ:

Heavy metal inherited all of this through a modern form because of its desire to escape the cognitive dissonance reaction to modern life. In part, this impulse comes from the metalhead who realizes that he or she is basically powerless, except in a future time when predictions about the negative nature of modern society will come true. Of course, in the now, parents brush that aside and go shopping, stockpiling retirement funds so they can carelessly wish their children a good life before disappearing into managed care facilities with 24-hour cable movie channels. A more fundamental part of this dissident realism is creative. People who see most of society going into denial because they cannot handle their low social status, the dire future of human overpopulation and industrialization, and the negative motivations hiding beneath social pretense, aka “cognitive dissonance,” will often mourn most for the opportunities lost when people value putting their heads in the sand more than finding beauty in life. It is the convergence of these ideas that creates the violent and masculine but sensitive, Romantic side to metal: it is a genre of finding beauty in darkness, order in chaos, wisdom in horror, and restoring humanity to a path of sanity — by paying attention to the “heavy” things in life that, because they are socially denied, are left out of the discussion but continue to shape it through most people’s desire to avoid mentioning them.

This same principle underlies classic European and Greco-Roman art and music, the idea of an aggressive and warlike but wise and sensitive motivation that is both religious and scientific, peaceful and belligerent, because it understands a principle of order to the universe and asserts it because it is beautiful in that it is a “meta-good,” or the harmonious result of darkness and light in conflict. For this reason, it is not moral in the sense of judging as good or evil, and neither fits into the hippie “peace, love and hedonism” approach nor the conservative, market- bound ignorance-is-bliss smoke and mirrors of mainstream music and bourgeois art. Unlike any other musical principle, the one thing that unites the varied borrowings from baroque, rock, jazz, blues, folk, country, classical and electronic music that form heavy metal is this Romantic principle of doing what is right not in a moral sense to the individual, but in a sense of the larger questions of human adaptation to the universe, the conceptual root of “heavy” in metal and what throughout history has been called by a simple syllable: “vir,” the root of virtue in a sense older than a modern moral interpretation as chastity. Vir is doing what is right by the order of the universe discerned by asking the “heavy” questions, and speaks to an abstract structure of right as opposed to an aesthetic one, where the individual picks the non- threatening as an option to the threatening.

The point behind heavy metal is to discover the life that is denied. That is the “heavy,” or that which acknowledges existential doubts and fears instead of burying them behind socially popular ideas. This is why heavy metal is such outsider music: it sees most people as delusional because they deny the mechanics of life itself because those mechanics are dark, so it embraces the darkness to show us the wisdom found within.

5 thoughts on “Heavy metal arises most frequently in wealthy nations”