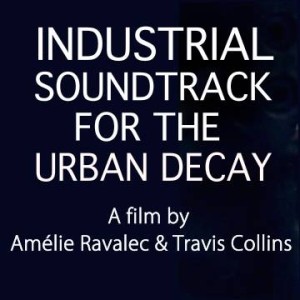 Industrial Soundtrack For The Urban Decay explores the history of industrial music, featuring interviews from the genre’s most influential bands, artists, labels and fanzines.

The documentary film by filmmakers Amélie Ravalec and Travis Collins is currently in post-production. Its topic is industrial music, meaning the noise-based variety more than the post-EBM variety, defined as “an experimental music genre inspired by a wide spectrum of ideologies and interests” which “combines improvisation and performance with avant-garde, provocative, political and taboo themes alongside harsh noise and environmental sound recordings.”

According to the filmmakers, industrial was a DIY genre that rejected mainstream society — much like the original hardcore punk and metal — and “found inspiration in the avant-garde movements from the early 20th century like the Futurists, Dadaists or Surrealists, as well as contemporary writers William Burroughs and Brion Gysin. They were also influenced by early science fiction movies, Krautrock artists Kraftwerk, Can and Faust, The Velvet Underground and the DIY ethos of punk music.”

What follows is a list of the interviewees for this film:

For more information, check out the group’s Facebook page.