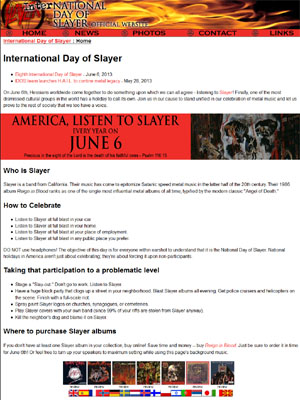 One thought on “International Day of Slayer becomes a yearly holiday”