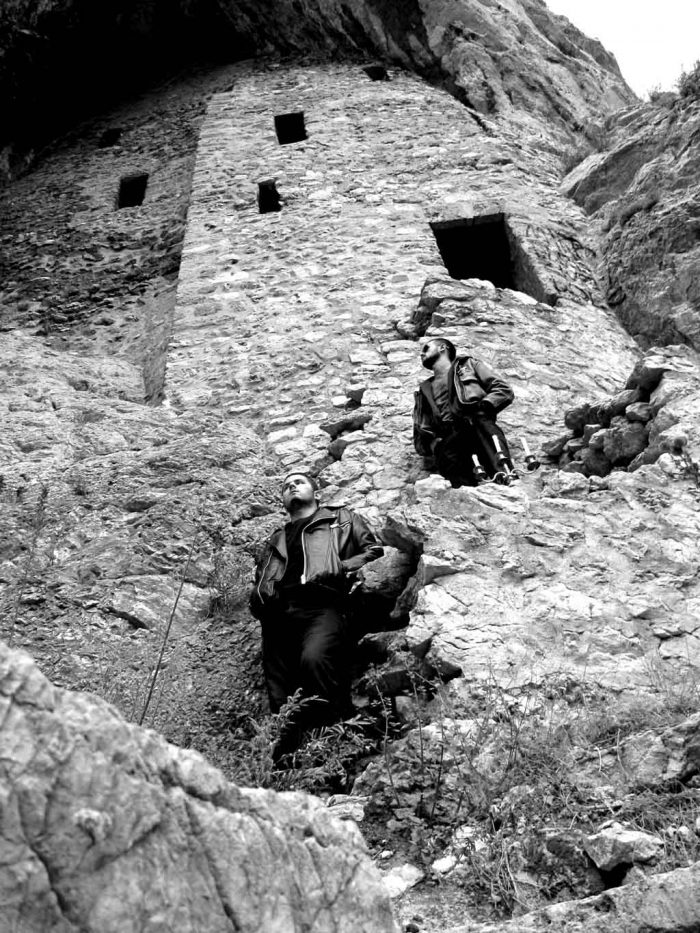 We reviewed Zloslut in our latest Oration of Disorder reviews. Response was good, and so we wrote to the band and asked if they’d do an interview. Hunter of Zloslut was good enough to respond and create this interview.

What does “Zloslut” mean? Why did you choose this name?

Zloslut is a Serbian word that means “The one who feels evil coming”; the translation in English is “Ominous.” This word simply best describes our music, lyrics and state of mind.

When did Zloslut form? Did you face any opposition from the society
around you?

Zloslut made its debut during 2010 in Serbia as a one man band; last year we turned into a real band. No, we did not face any opposition with society, except humanity in general.

What makes the members of Zloslut choose to play black metal music? Wouldn’t you rather make post-metal and sell lots of albums?

We didn’t chose what we are going to play, and create… We just wanted to play music that best fits our ideas. And it is black metal.

Selling a lot of albums is not my purpose. If it would be, then yeah, I would play post metal, haha.

How many releases do you have so far? Can you tell us what is different about Zloslutni Horizont – Donosilac Prokletstva, Ocaja I Smrti?

From our inception through the present day we have made a solid discography, including a demo, split, EP, compilation, an album and several singles.

The different thing about Zloslutni Horizont – Donosilac Prokletstva, Ocaja I Smrti is that it is simple; it’s our zenith. We have advanced ideologically and also musically.

Is this latest album a concept album? If so, what’s it about?

Yes, it is a conceptual album… The strangest thing is that I don’t like conceptual stories… But it turned like that from itself.

The main pillar of the album is death and its philosophies, the second is misanthropy and its spiritual effect, and the last one is more like a question about nothingness.

Where can people in the US and the rest of Europe hear this album? Are there places in EU and US where they can buy Zloslut albums?

Since people today are more and more ignoring phisical releases, I decided to upload the whole album on YouTube, and several tracks on bandcamp and myspace. All of our releases are of course available physically, and can be purchased on our official website.

There are several labels and distros that hold some of our releases, but it’s been a while since i was in contact with them. Currently I am working with distros all over the globe, and in the months to come you can expect to see Zloslut releases in the lists. Until then you can order from me.

You sing in your native language. Why did you choose to do this?

I think that every band should sing on their native language.

But you know, it also depends on the ideology… Some texts are better fitting in English.

I personally didn’t choose that. I have some texts from my demo that are in English and also in French.

Some of my new tracks that will appear in the future are not all in Serbian.

How do you define black metal?

For me black metal is surely not to be close-minded as many of them today are, especially the new trend of Watain wannabe.

Personally, I am a very open minded person when it comes to music, books and so on…

We all know that religious people are close-minded, stopped from following their heart… Because of what? It’s not the question now.

We also all know that in the beginning of black metal, it was an opposition to all kind of religion, political direction etc…

So, to come to the point, black metal is not stopped from following the heart, black metal was always open minded, even when there is something that doesn’t fit its inner direction.

What is being open minded? Certainly not to like and support at once whatever you see, hear and feel… But its to consider what you don’t know or see the first time, analysed it, and then you know what is your personal definition on that subject.

I am not selling education about black metal, but only what I can say… Black metal has been dead for some time now… We might play it, but it’s only a massive tribute to that cult. Maybe one day it will be resurrected, but that I can’t tell you.

What is the process of songwriting in Zloslut? Do you start with an idea, or just play and see what happens? Or something in between?

I don’t have a special way of working. Sometimes I can take a guitar at a party, play it, and accidentally I come to an interesting riff, melody…
And when I make a song, I assemble them, piece by piece, just like puzzles… Until I come to something that may reflect to a song.

What’s next for you — will you tour, release more music, or change style?

2014 will surely be a year of concerts… We have been confirmed so far only in Serbia, but we are still persistent to cross the border and play some European dates. (Promoters get in touch!)

When it comes to releases, we have finished 95% of the second album. When this is going to be recorded/released, is still far away in my mind, maybe middle of 2015… We are also working on a split release where we will contribute with one completely new song. I can’t tell more for now, since we can never see our next obstacle.