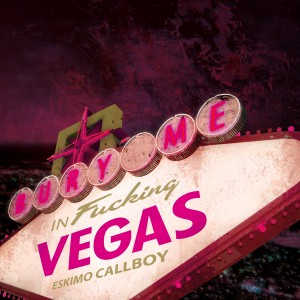 Friedrich Nietzsche posited that at the end of human times there would be a “last man” who cared for nothing other than immediate personal pleasure, and in this vapidity would banish civilization to the abyss.

I believe in metal we have found this moment through the work of “Eskimo Callboy.” This band are metalcore/electro crossover. I use the term metalcore to differentiate music from metal that, unlike metal which likes to string riffs together into a continuity creating atmosphere, likes to make abrupt contrast like “protest songs” do through its jarring, discordant and deconstructed melodic structure.

However, that’s just the start of the description. Metalcore means metal riffs without metal composition, but it’s basically a catch all into which we’ve dumped the last forty years of music: rock, rap, punk, post-punk, post-hardcore, techno and even disco. As if emphasizing this, the song below “Is Anyone Up” fits the disco pattern that techno appropriated, and works into it a second layer where verses are doubled with one double being played as straight metalcore, and the other being autotuned vocals in a club music setting.

What continually amazes me about mass culture products is how competent and diligent they are. Not even in the way that some bands, like Ara or De Profundis (both of whom are metalcore, which is sometimes called “modern metal” to hide its hybrid origins), are competent, which is to say they write songs that on a musical level fit together. No, these bands are competent as products. A McBurger must be sweet, tangy and leave you wanting more; good pop must be oozing with consonance, but bittersweet and minor key in its “mixed emotions” that give it “profundity” or a feeling of “authentic” emotion, and leave you wanting more because for a moment you felt like something stirred actual emotion in your soul (when in fact, all you were feeling was your longing for such emotion).

What pop music represents is not a unique musical style in and of itself, but a style of music designed with a singular goal in mind, which is to be mass accessible. As a result, it has no rules per se, although it has many studied patterns it uses. It also has no soul, no style and no boundaries; it assimilates everything it can, and churns it into the same old stuff. Give it a genre like, say, reggae, and it will invent reggae-flavored pop that on the surface uses reggae rhythms and sounds, but underneath is composed just like all other pop. Give it jazz and you get Dave Matthews, Sting, Yanni or Richard Marx; give it punk and you get Blink 182, Avril Lavigne and Fall Out Boy. When you hand it metal, it can’t handle it, because on a musical level, metal breaks the mold. Metal insists that riffs fit together in some way that maintains atmosphere and mood, and thus that riffs address one another. Pop functions by having its “riffs” address only one thing, which is staying in key and being distractingly clingy and catchy.

The threat to genres like metal is that it will be assimilated. Eskimo Callboy assimilates metal through metalcore, which borrows metal styles and some metal riffing and puts it into the post-hardcore “carnival music” style, but also adds electro (disco/techno/trance fusion) and even a small part of broken suburban rap to the mix. The result is quite good, as pop. Every moment is catchy and simple, and while it seems immature to those who’ve heard more music than a teenager, it certainly isn’t amateur. In fact, it’s totally professional. Every instant on this record is calculated to make people like it, and through that, to make it make money. It’s not like more challenging material, which skims the line of what you can like and expands what you’re willing to recognize; it takes what you recognize, sweetens it and over-processes it, and then serves it to you in heaping spoonfuls. That’s just on a composition level. On a production level it’s really to be admired: everything is perfectly placed, the sound is loud and pure, but with enough effects to give it texture. This is the work of masters at their craft.

Those of you who caught the shocked reaction by the band Ara to being called “metalcore” may now see why the band reacted so badly. Eskimo Callboy is metalcore, unabashedly so, and even embrace the label. However, it’s correct to call both bands metalcore, because both betray the metal principle of riffs commenting on riffs, and as a result are at best metal-flavored rock. Metalcore is that which wishes to be metal on the surface without being metal underneath, and it’s a polite catch all that can be applied to “modern metal” (Necrophagist, Ulcerate), nu-metal, blackgaze, black punk, crabcore, etc. We don’t even need to address these bands as metal because even they don’t see themselves as metal.

As it turns out, the song “Is Anyone Up” has somewhat of a concept behind it. It’s dedicated to the (former) Is Anyone Up website, on which people posted anonymous nude pictures which were then linked to online profiles for ridicule and mockery. The site was like 4chan on steroids with a specific intent to be cruel to the foolish, unwise, promiscuous and generally ill-parented girls of the lost generations in the West. While it seems cruel and destructive to me, it’s hard to feel that much surprise when you people email nude pictures to their latest hookup and in the hope that he won’t become bitter when they move on and email them to a friend. Of course he will — treat a man like a disposable lighter, and he treats you like something that must burn.

Let’s look at these insightful lyrics:

Metalcore is a pop genre, not a metal one. Like most pop genres, it is based in the principle of flattering the listener and hoping to appeal to both their egomania and their weakness at once, making them want to become part of your little club. Not surprisingly, the video for this song actually occurs in a club, but that’s not the type of club I’m speaking of. Instead, think of what psychologists call an “in-group.” It’s any group that (like Costco) requires some kind of token exchange to gain entrance as a member. In social circles, it’s often as easy as buying a pop song and knowing the words. Pop is generic music that makes you feel like you’re part of some mass movement for listening along with it, and so it seduces your brain.

All that is needed to complete this review is a bit of comparison. I was recently subjected to The Dark Knight Rises or at least the first twenty minutes of it. Like generic pop metalcore, it is well-produced and written to keep the attention of its audience. Unlike metal and a movie worth watching, the plot is unrealistic and the acting looks like acting, instead of camouflage of their real identities that allows actors to reveal the meaning of the script. More than anything else, the word for this movie is stupid. The script is dumb and implausible, the cartoony characters (“Bane” — LOL) are ridiculous and not threatening, and even every attempt to imbue it with nuance comes across as ham-handed like the truly phoned in acting by Anne Hathaway and Tom Hardy. And yet it is popular. The same is certainly true of Eskimo Callboy, which at last count had 75k “likes” on Facebook, where most underground death metal bands languish at 1,500. However, as if often true in life, the rare is the exceptional, which is fortunate as Eskimo Callboy is only exceptional in its endorsement of “last man” attitudes.