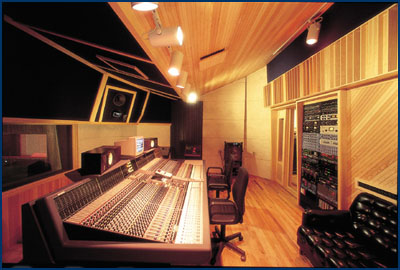 Pyramid Sound, Where Timbaland, David Gray, Anthrax and Others Recorded, At Risk From City

ITHACA, N.Y., June 21, 2012 — The future of a world-class recording studio that has hosted recording sessions by David Gray, Anthrax, Ginuwine, Aaliyah, Bad Religion, Missy Elliott, Joe Bonnamassa, producers including Timbaland and Tom Dowd, Pulitzer Prize winning composer Steven Stucky, classical pianist Malcolm Bilson, and many others is under threat due to the City of Ithaca’s poor planning of a bridge rebuilding project directly outside the studio walls.

Pyramid Sound, the studio operated for nearly four decades by producer/engineer Alex Perialas in downtown Ithaca, New York, has been unjustly condemned as of Tuesday, June 19, resulting in the devastating loss of a very successful business, and the potential destruction of its facility as the bridge construction gets underway.
After two years of asking for details of the construction plans and how they would affect his property, and being put off by then-mayor Carolyn Peterson and superintendent of public works Bill Gray, Perialas finally got an answer about when the project would commence when workers posted signs outside his studio warning the public that the street would close in two weeks. And as of yesterday, both the studio the separate storage garage next door, which Perialas also owns, have been posted by the city, after repeated promises from the
building department commissioner that they would not be; and no one, including Perialas, is allowed in.

Additionally, the building department employee who posted the building yesterday informed Perialas that the city had found his building condemnable two years ago, in the early planning stages of the bridge reconstruction. Perialas was unaware that an external inspection of his property had happened, and was never informed of the finding, leading to at least the appearance that he was deliberately kept in the dark until it was too late to mitigate problems with his facility, allowing the city to save money by condemning his property rather than compensating him under eminent domain or amending the unnecessarily aggressive construction
plans.

It marks the latest, and most grievous, in a series of bad-faith dealings with Perialas by the City of Ithaca. The story begins in 2004, when construction of a municipal parking garage across Clinton Street from Pyramid began. Seismic vibrations from that project resulted in cracks in the walls of the garage and studio buildings,
causing some damage. He complained to the city at the time, but was unable to see the fight through because he was simultaneously caring for his ailing father.

In May of this year, after being stonewalled by city officials for two months, Perialas received a report from a third-party structural engineer hired by the construction contractor in May. The report found the storage garage, which was closest to the bridge construction, to be in poor condition, and the external walls of the studio building itself to be in poor-but-stable condition; the method of pile driving that would be used on the bridge project would likely cause the nearest garage wall to collapse, representing a danger to occupants and the public. However, this report came two weeks after the bridge project was started, leaving Perialas with no
time to repair or reinforce his buildings. Yet the City of Ithaca has offered Perialas no meaningful compensation or assistance, and has refused to delay the project or issue a change order instructing the contractor to use an alternate, less aggressive method of pile driving that would not represent so great a threat to this thriving business.

After several meetings with new mayor Svante Myrick, Perialas was finally offered just $20,000 from the city to help cover the cost of reinforcing the garage wall. But that offer came just a day before drilling to prepare holes for the pile driving was scheduled to begin — too little, too late. And it came with the unacceptable
condition that Perialas indemnify the city against any further damages to his property caused by the bridge project.

Now that the buildings have been posted, Perialas is left with a slew of recording and mixing commitments that he’s unable to complete, as well as millions of dollars’ worth of sensitive equipment that he’s unable to check on or maintain. For example, the studio’s mixing board could overheat easily if the facility’s air
conditioning system were to fail, potentially causing a catastrophic fire; but with the building condemned, no one is able to monitor the studio’s climate conditions.

Perialas makes it clear that he’s not opposed to the bridge project in general, merely the way it’s been planned and executed without any timely consultation with him, despite his many inquiries over the last two years.

“There’s no doubt that this work is needed,” Perialas told the local weekly newspaper The Ithaca Times last week. “My concern is how it’s been handled. Normally when you do a project of this nature, you work with the property owner to deal with loss of business or interruption of business. You deal with them to talk about how
you’re going to shore the building if there’s going to be an issue, and none of that’s happened. The only thing that’s happened is that I’ve had to raise my voice, unfortunately, which I don’t really want to do. I’m not anti this project. I’m anti-the planning of this project.”

Perialas and his team have received vocal support from hundreds of local musicians and music fans who are horrified by the prospect of this historic local institution being shuttered, especially under such heartless circumstances. Two Facebook pages

In addition to signing the petition, supporters of Pyramid Studios (and of the rights of responsible business owners in general) are urged to contact City of Ithaca officials including mayor Svante Myrick (607.274.6501, svante@myrickforithaca.com), superintendent of public works Bill Gray (607.274.6527, email his executive assistant Kathy Gehring at kgehring@cityofithaca.org), building department
commissioner Phyllis Radke (607.274.6508, pradke@cityofithaca.org) and city attorney Aaron Lavine (607.274.6504, attorney@cityofithaca.org) to courteously express their support for the survival of Pyramid as both a local institution of international renown, and a successful local business deserving of respectful, good
faith negotiation, and fair compensation for damaged property and lost business.