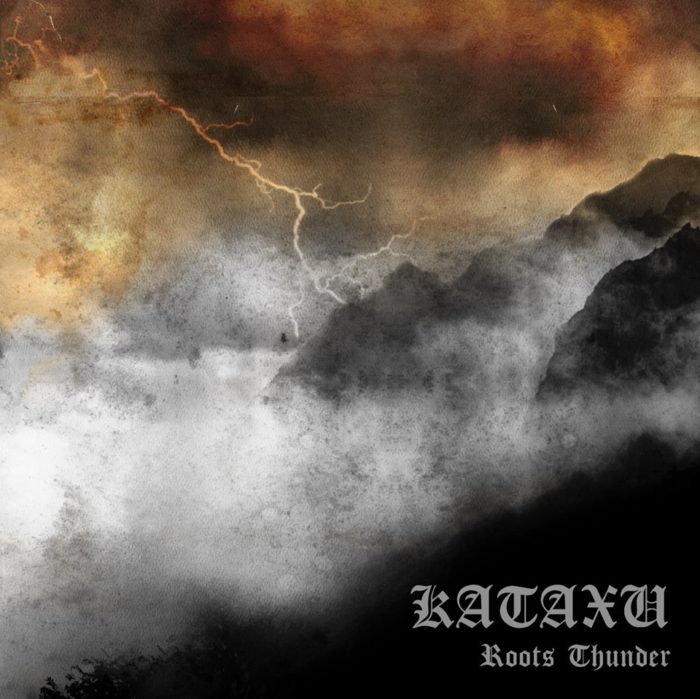 Wolfspell Records is reissuing Kataxu’s Roots Thunder debut album on CD and vinyl LP for the first time by itself on higher fidelity formats than compact cassette.

Roots Thunder was previously only available on the much lower fidelity cassette format and as the b-side of a split CD with Thunderbolt’s Black Clouds over Dark Majesty EP. The CD version will be a must buy for fans of Kataxu and is limited to 500 copies while the LP is probably from the same master for collectors only and is of course limited to 488 copies for maximum controversy. Shirts are available too if you really need a Kataxu – Roots Thunder shirt in a pitiful attempt to prove that you are a true Hessian warrior of keyboard black metal. Wolfspell Records have smalls for the shrimps and XXL for the Augustus Gloops. You should probably only buy the CD given that it is only nine euros.