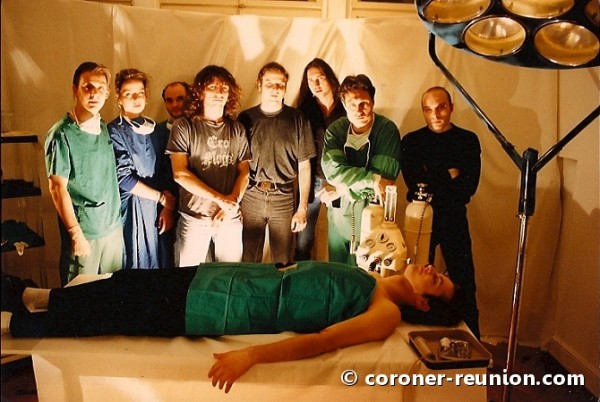 Coroner occupy a unique place in metal history. Coming from the speed metal camp, they injected their music with technicality and a high art sense that placed them alongside Voivod and Prong as some of the 1980s oddities.

As power metal grew popular in the 2000s, Coroner came back into focus because so much of what they did presaged what power metal would become. As a result, the band re-united and began to play live again.

However, today drummer Marquis Marky announced on Facebook that he will be leaving the band at the end of February:

I think we have played more than enough reunion shows and now it’s time to either stop doing reunion shows or to move on with a new album. For me it was clear from the start that I didn’t want to record another album. I love the sound of Coroner but for me it’s the moment to explore new sounds without the weight of the past on my shoulders.

Ron, Tommy and I agreed that Coroner should continue with another drummer.

As with many situations, strength is also weakness. To be in Coroner is to be weighted down by Coroner, and to thus long for the green grass on the other side of that fence. Thus his departure is understandable; it has been 30 years since Coroner started out, and presumably a musician might change world-outlook and thus musical style during that time.

4 thoughts on “Marquis Marky leaving Coroner at end of February”