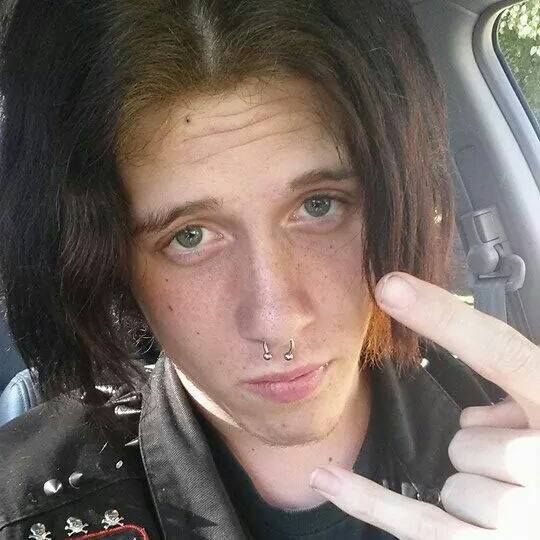 Heavy metal fan Jacob Andrew Crockett was nearly beheaded by Christian zealot Isaiah Zoar Martin after the latter engaged in a binge of drug use and watching Christian-themed videos on YouTube, resulting in the untimely death of Crockett and police detention for Martin.

The defendant’s brother also told police “Isaiah had been watching YouTube videos related to his Christian beliefs and the Book of Matthew” earlier.

During Isaiah Marin’s 911 call, “the caller began rambling about sacrificing and magic,” according to the affidavit. “Asked how … he murdered someone, Isaiah stated, ‘I hacked them to death with a machete.’”

In August, on one of his Facebook pages, Isaiah Marin wrote, “Tried to take on a demon and God had to help me through the tough parts. Got to be careful with my words and pay closer attention to my emotions. Need to figure out how to keep on speaking when I’m with the presence of the Lord God.”

Murder victim Crockett spent his time in local bands Dungeön and Toxic Injection before they fragmented late last year, and was a fan of widely varied metal bands including Dying Fetus and Mayhem. He apparently had feuded with Martin in the past over Crockett’s ongoing experimentation in various occult beliefs, a practice presumed related to his heavy metal fandom.

As the brother of the killer related, religion formed the basis of the tension in this case:

He says Isaiah followed him, trying to calm him down and “would explain why he killed Jacob from letters he would write while he was in prison.”

Samuel told police Crockett and Isaiah had disagreements in the past.

He said Jacob Crockett and his brother, Jesse, “were practicing witchcraft and Isaiah had strong Christian beliefs.”

For many years, Hessians have received zero protection from persecution or violence by those of other faiths. According to many metalheads, heavy metal is its own religion. While right now people might view this beheading and other anti-metalhead violence as the case of isolated extremists picking on someone else for a lifestyle choice, it is more accurate to view it as a clash between members of competing faiths. From persecution of metalheads in Muslim lands to Christian demands for censorship in the USA and now this violent assault, the tension rises.

I can only imagine the media response will not be so muted if heavy metal fans decide to start defending themselves by beheading Christians who seem likely to commit crimes out of religious antagonism. According to the articles above, Martin prepared for his crime by watching YouTube videos with Christian themes. Perhaps metalheads should be extra wary when members of other religions are nearby watching videos… and arm themselves for the inevitable clash.