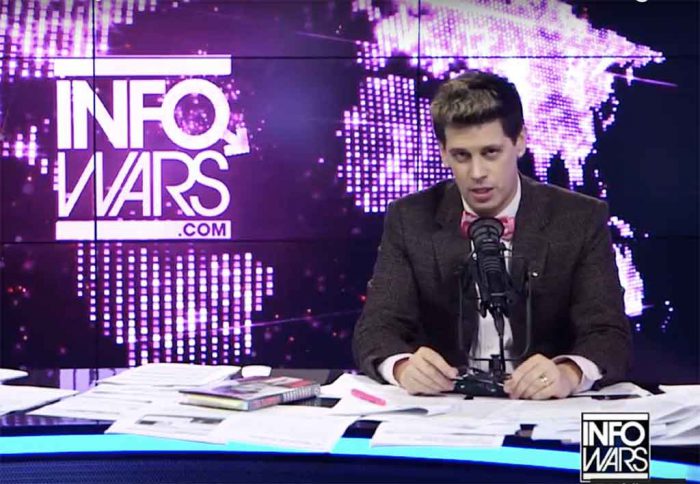 Seriously, their only appearance on a massively public platform was in the form of complete and utter emasculation at the hands of an e-celeb!

Yes, the laughable embarrassment of a website that is MetalSucks has become such an absolute joke that it has found its way onto the punchline of an InfoWars segment.  On a special episode hosted by famed torturer of social justice warriors Milo Yiannopoulos, the longtime metalcore vocalist and gun rights advocate Phil Labonte of All That Remains sits in and chronicles the recent meltdowns of Metalsucks editors over his stance on gun control.  The pair discuss the hypocrisy of SJW sensitivities invading the most “hyper-masculine” of all genres with some insightful commentary that echoes what we have been saying on DMU for about 3 years now.

Although the millennial and Gen-Xers that watch mainstream media think InfoWars is batshit conspiracy theatrics, the majority of Gen-Z and many in the aforementioned generations who have evaded the America propaganda outlets regularly tune in and enjoy the program.  This will play a big part in cementing the legacy of MetalSucks as a laughingstock as the conservative generation that will inherit the future is guaranteed to look back on the platform as nothing more than two dorky beta-males who wanted to drag the whole metal scene down to their level of loserdom.  In the meantime MetalSucks will accidentally redpill hundreds of readers who will turn to conservatism after seeing them and other self-victimizing liberals in metal media ruin everything that is fun, dangerous, or exciting about metal.

See below for the highly enjoyable public humiliation that is also the 15 minutes of fame for MetalSucks:

16 thoughts on “METALSUCKS BTFO BY MILO ON INFOWARS”