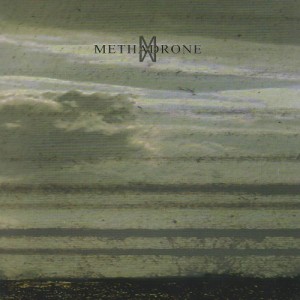 When indie collided with rock again, they mixed in ambient elements and took out the folk, giving a sensation of pure melancholy. Building in that vein, Better Living (Through Chemistry) showcases two bass guitars weaving simple melodies around droning sounds of emptiness and desolation contrasted by somewhat upbeat vocals.

Methadrone features ex-Incantation guitarist/vocalist Craig Pillard crooning softly over heavily repetitive bass. One bass guitar tackles rhythm; the other dodges and dives around this with noise, counter-melody and sometimes pure droning sound. The result is, like Jesu, a wall of sound from which absences make more impact than additions.

While Better Living (Through Chemistry) demonstrates the melancholy of isolation that indie rock applied to great strength, evoking the lost lone voice of a person trying to find a place in a world gone mad, it underscores this with a fascination with life itself. Despite the requisite anti-hero posturing involved with using drug imagery, this is an album of self-discovery and some mastery.

Indie rock remains ambivalent for many because despite its many musical contributions it sequestered itself in a certain world outlook that while inoffensive had no particular fascination past self-pity. By hybridizing that again with a contemplative but alienated withdrawal and loneliness, Methadrone casts post-rock into a new role from which it can grow.